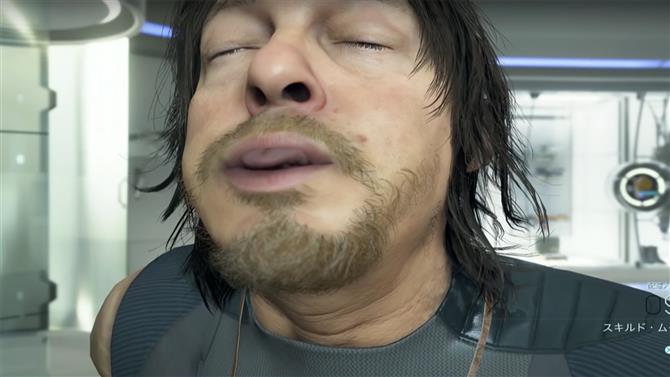 BY MATTHEW OWEN: Death Stranding is one of the most divisive PlayStation 4 games of the year, reaping both massive praise and confused disdain from gamers and critics alike. Created by Hideo Kojima, who is most well known for the Metal Gear Solid franchise, Death Stranding presents players with a consistently weird post-apocalyptic world. Controlling a glorified deliveryman named Sam Porter (portrayed by Norman Reedus of Walking Dead fame), players explore the ruined country of the United States in a world where the realm of the living and dead have become intertwined.

Regardless of your thoughts on the slow-paced gameplay or complex inventory system, Death Stranding presents some objectively weird moments. We’ve picked out three of the weirdest moments in Death Stranding to exemplify just how wacky the game can get.

Note: This list contains light spoilers for Death Stranding. No major plot points will be revealed, but some characters and story elements will be.

Here are the top 3 weirdest moments in Death Stranding:

In a game with invisible otherworldly beasts and rain that ages everything it touches, it’s funny that the main antagonist Higgs is one of the weirdest things in the game. As a masked human with supernatural powers that allow him to teleport, control the weather, and more, Higgs likes to intimidate people by licking them.

Instead of punching you in the face, Higgs likes to lean over and stick his tongue out, licking up your tears and sweat. It’s entirely awkward and never explained; maybe he just enjoys the taste?

During his time making deliveries across the country, Sam meets many eccentric and oddball characters. While many of them are portrayed by recognizable actors and celebrities, few are as silly as “The Wandering MC”, played by the late-night talk show host, Conan O’Brien. After completing a mission for him, The Wandering MC rewards Sam with a cute hat that looks like an otter.

Although the hat helps Sam navigate the water, it makes him look pretty goofy. The hat gift, combined with Conan O’Brien’s flirty and silly delivery, makes The Wandering MC one of Death Stranding‘s weirdest side characters.

Sam is accompanied on his adventure by a baby contained in a jar (known as a Bridge Baby), which can locate nearby enemies using its special powers. Between missions, Sam and his Bridge Baby can relax in a private room, taking a nap and regaining some strength. A few times throughout his journey, Sam will have a nightmare where he attempts to soothe the Bridge Baby, but it quickly spins around with a new appearance. Instead of donning a cute and innocent face, the Bridge Baby’s head is swapped out with the fully-bearded character Deadman (portrayed by Guillermo Del Toro).

With or without the narrative context, this is simply one of the weirdest moments of Death Stranding. Seeing an otherwise adorable baby with the head of a grown man is incredibly awkward, and is an image I’ll remember for years to come.