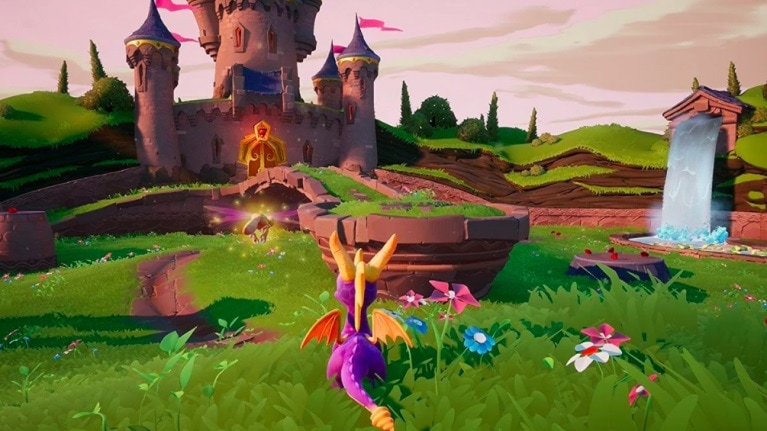 I haven’t gotten a new game in ages, which is a sad thing to admit. I’ve been playing my Switch a lot lately since I was on a Breath of the Wild fix for almost 2 years now (putting in over 600 hours). But one new game I did get for Christmas was the remastered Spyro trilogy for the PS4, thanks to my brother.

I haven’t played any games on the PS4 in quite a while so I had to get used to holding the controller again. I have some major thoughts about this game, of course, after I got done screaming at the enemies. Y’all ready?

I missed this trilogy so much!

So I haven’t played the games in this trilogy in years. I used to have the DS version of the second game but I misplaced it years ago. I haven’t gotten any of the other games either because I’ve found that they are hard to come by.

I’m much more of a physical copy type of woman as well so that made things much more difficult for me. I think the biggest thing I learned from this is that waiting and delayed gratification are the best things to happen to a gamer. I couldn’t be happier with being able to play them after so many years.

I had to get used to the controls again.

I can’t remember much about the original trilogy since it has been at least 10 years since I’ve played them. It took me some time to get used to the controls again and it feels almost like they’ve changed things around a bit.

I’ve heard from some other gamers on Twitch that the controls are wonky, though I haven’t had that experience myself. Though I’ll admit I waited almost a month before getting my own copy at Wal-Mart.

Best $43 (USD) I ever spent, in my opinion! I’ll admit as well that I’ve fallen off a cliff more than once because I forgot the button for flying and jumping. Anyone else deal with that?

It was a bit more difficult than I remembered.

I must not remember as much about the original trilogy as I thought I did because it’s more difficult than I remember it to be. I had to do some practicing in the Artisan homeland before I went anywhere just so I could get used to the controls.

I can’t tell you how many screams I’ve let out because I lost to a boss or fallen off a cliff. I can’t remember falling off a cliff as many times as I have this time around, though I haven’t played anything on my PS4 in a hot minute.

That might be part of the issue for me, sadly enough. I hope y’all don’t have as many technical issues as I’ve had lately!