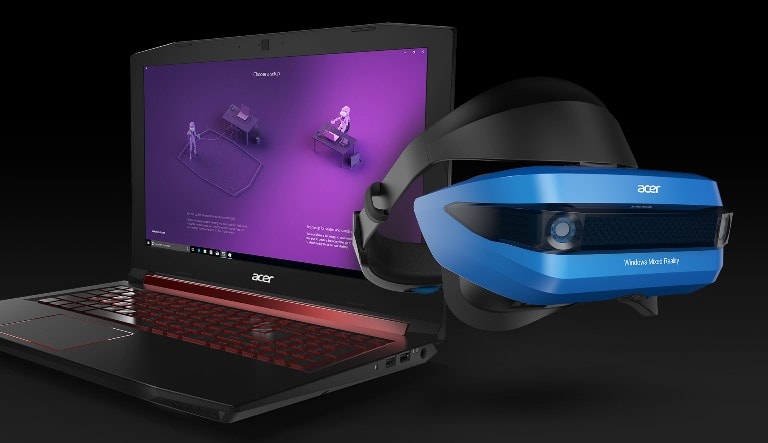 I recently wrote about whether gamers should or shouldn’t upgrade their graphics cards, using my own experience of upgrading as the basis for the article.  When upgrading from my ageing 7950 and 1080p monitor to a 1080 TI and 4K monitor, I was a little bit underwhelmed with the difference.  It was better but not to the degree to justify the purchase, in my opinion.  I’d have quite happily stuck with a 1080p monitor or made the jump to 1440p with a less-powerful graphics card.

Then I got VR and, wow, I’m so happy to have the extra power of the 1080 TI.  It has made the purchase more worth it than an extra pixel count on a monitor.

I wasn’t expecting to make the jump to VR so soon – Oculus Rifts and HTC Vives were well-beyond my finances – but I saw a great deal on an Acer Windows Mixed Reality headset and decided to take the risk.

What risk?  Well, Googling shows me that Windows Mixed Reality headsets are sometimes dismissed as viable virtual reality headsets, though their name choice hasn’t done them any favours.  For those with any doubt, they are bonafide VR headsets, but with, in my opinion, fewer downsides than their more expensive counterparts.

Not only are they more affordable, but they do not rely on external posts for tracking, and the headsets come prepackaged with VR motion controllers.

I picked the Acer model up for just £200 and it has changed gaming for me.  I’d written about my first experience with VR previously, but having now played some full-fledged VR games (including Creed, Ark Park and Skyrim), I’m completely in love with it as a gaming technology.

Immediately after picking up my new VR headset, I checked out protective VR cases to look after my new investment before snapping up a selection of games and experiences.  Since then, I’ve lost hundreds of hours literally in virtual worlds.

All of the investment over the past year has been worth it, and it’s all thanks to VR.

Too many gamers upgrade their graphics cards in the quest of hitting “Ultra” on every game, without knowing that those same games still look excellent on High settings.  For me, that isn’t enough of a reason to drop a significant amount of money on a new card – I’d rather use the extra money to pick up a PS4 or Nintendo Switch.

VR, on the other hand, is a much more justifiable reason to upgrade your current PC gaming set up. I feel like this is the biggest jump that gaming has made since the evolution from 2D to 3D graphics.

Yes, you can play VR titles on a 1060, 1070, 1070 TI and their new 20XX variants, though I personally wouldn’t recommend anything less than a 1070 for current games and something more substantial for anything remotely like a futureproof option (we all know that there is no such thing).

For anyone who hasn’t experienced VR yet, please do.  You owe it to yourself as a gamer.

For anyone who would like VR but feels that it is too experience, I’d strongly recommend either picking up PSVR or having a look at Windows Mixed Reality headsets.  They are well-made, responsive, comfortable and have excellent screens.  You won’t regret it.