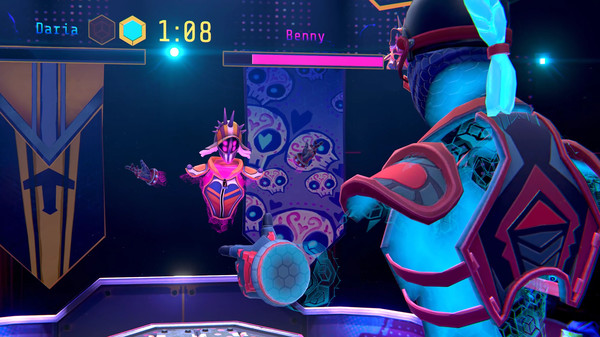 So it’s fairly obvious that VR can be a good workout; you’re moving your head, body, and hands, and doing what you need to do in your games. However, because these experiences are so immersive you may find you’re having fun moving, ducking, leaning, punching etc. Not at all noticing that you’re getting a good workout in the meantime!

Now I know that you know that if you’ve played VR at all that you’ve likely already heard of Beat Saber. In an effort to not reiterate what you already know, this list will consist of games that will make you sweat, that DON’T have you slashing blocks.

This was one of the first games that I played on my Quest 1, and as someone who’s never played table tennis before you could imagine just how horrible I was at it. What I found though is learning a new sport like this is what made the experience enjoyable, and quite fun on more than one occasion. Especially after finding an online opponent that had a mic, and was chill enough to spar with me for hours on end.

After a couple of weeks of this kind of play, I was proficient enough to sometimes beat online opponents who definitely knew what they were doing. If you like sports and want to soak your T-shirt with some healthy competition then Eleven Table Tennis VR may be up your alley. This one is for the lot of you who wanted to feel a little less like a Jedi, and more like John Wick in your VR games. Pistol Whip takes the Beat Saber formula, and trades in your sabers for a pistol or two. You stand still, face forward, and watch as the world moves you forward, with faceless enemies spawning to the beat of some blood-pumping tunes.

I didn’t immediately love the music that sits somewhere between Deadmau5 and Skrillex, but the gameplay of blasting faceless enemies to the beat of the music for extra points ultimately had me enjoying them. It may sound easy but imagine in Beat Saber having to slice the blocks while also dodging the blocks trying to slice you.

Enemies in this VR sweat-a-thon will fire back at where your head is, so you have to be constantly ducking, swaying, dodging and moving your entire body to dodge these shots. Getting hit twice in quick succession ends the run, after all, so stay light on your feet and your trigger finger ready! 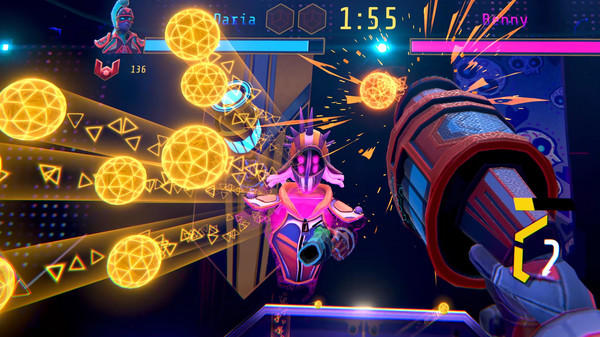 In the spirit of having to move your entire body to dodge attacks, I present you a little indie-game called Blaston. It’s important to note that Blaston is currently a Quest 1 and 2 exclusive, but that there will be a Steam VR release at some point for those who play only on PCVR. Unlike Pistol Whip, Blaston is primarily a competitive online experience, where the game will try to match you against another person, and if that doesn’t happen a bot will take over until you find one. You take your loadout of 6 different guns and fire away at the opponent.

The bullets you fire are slow-motion, and if your opponent is dexterous enough they can dodge them all and fire back. I promise that you will sweat as you move your entire body, dodging anything from a grape to a basketball-sized bullet. Its competitive nature, and ability to always find a match with a bot( or sometimes an actual person) will ensure that you’ll always have a challenging opponent to help you burn calories. As someone who is 2 ranks from Elite (The highest rank), I would be more than happy to take you on in both our efforts to have a fun workout!

At the end of the day, virtual reality is easily my favorite method for working out. Gyms, workout-routines, diet pills, and expensive equipment can go shove it. VR is a fun, and immersive alternative that can pull you into the experience enough that you don’t even realize you’re standing in a literal puddle of your own gains.