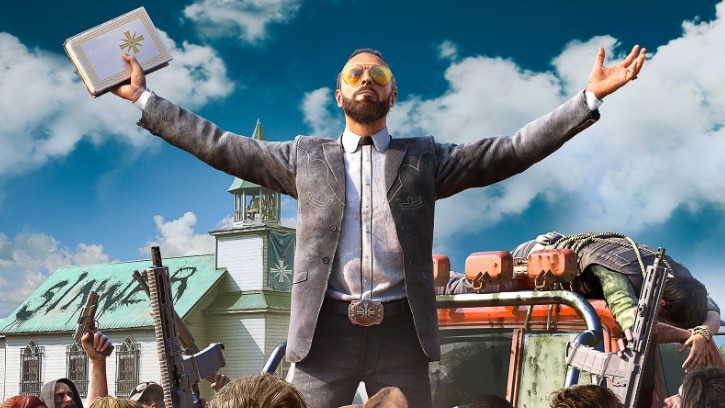 I can understand that some gamers play video games as a form of escapism and that they don’t want to have to deal with some real-world issues but, as an art form, video games will always be susceptible to being infiltrated by political views.  Art reflects people’s lives, experiences and thought-processes and it is inevitable that there will be times that politically-charged messages find their way into the coded worlds we explore with a gamepad in hand.  Ultimately, we can never dictate the content, we can simply choose whether to enjoy it or not.

Video games can be political or ideological, the same with music, movies, novels, art, and any other form of expression.  You do not have to agree with the messages in video games, but that doesn’t mean that a video game shouldn’t have a political message.

Sometimes video games make a political statement just by giving their player-base the freedom to express themselves.  Sexuality is a primary example.  Games allowing homosexual relationships aren’t part of some left-wing conspiracy.  Some video games, particularly RPGs, allow homosexual relationships with a player-created protagonist, such as Dragon Age or Mass Effect.  Some corners of the interest praise the decision, while others accuse the developers or pandering to pro-groups or complain that even having the option available in-game is offensive.  Likewise, consciously excluding the option of allowing players to explore whichever sexuality they wish results in players complaining that the title is heteronormative.  Homosexual players may also be upset that they are unable to give their in-game character is unable to represent their sexuality.

There is no neutral stance.  Any video game with a character creator and the ability to enter relationships with other characters will need to make a decision on whether or not to allow homosexuality.

I’d argue that games with an existing protagonist do not need to take a stance; the sexuality of the character is decided by the writer.  Even though players control the character, they are not that character.

But the stance could be about anything.  A video game could be promoting an anti-gun message, or be preaching the dangers of racism.  It could be promoting the need for more protective laws for a minority or be anti-immigration.  Whatever the message, video games are more than a toy, they are a vehicle for creators to express themselves and share messages that they hold dear.  As such, we should expect video games to continue to evolve into politically-charged vehicles to communicate messages.  Whether you choose to agree or disagree with those messages or, indeed, to keep playing, is entirely your choice.