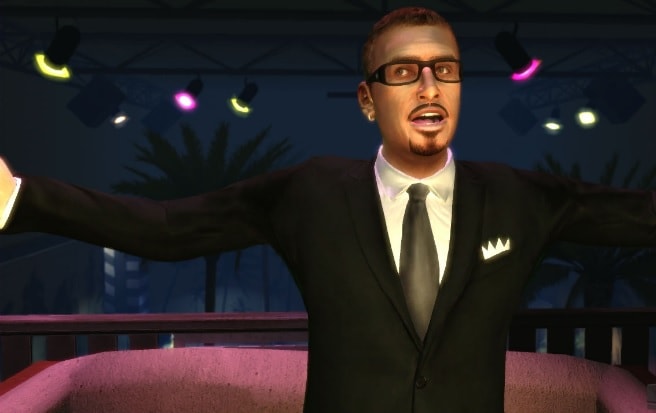 Here is a list of 10 LGBT characters from various video games in order from oldest to newest featured. Enjoy!

The fourth major Resident Evil game featured a character who, throughout the game, would cross-dress as his twin sister, wear makeup, wear dresses, etc. He was referenced as a “Cross-Dressing Freak” numerous times by Claire Redfield and Steve Burnside. This character is a reference to Norman from the film Psycho.

In Indigo Prophecy, a character named Tommy is featured who is friends with one of the main protagonists. Tommy is gay and talks with you about various subjects relating to workplace discrimination and gay acceptance.

In Bully, Jimmy is capable of being a homosexual. Jimmy can kiss and have relationships with other boys on the campus. In fact, in the Xbox 360, Xbox One and PS4 versions of the game there are achievements related to how many boys you can kiss.

In GTA: Vice City Stories, the prequel to Vice City, there is a major character who you interact with named Reni, who is trans-gendered. During the game, it is revealed Reni was born as a female but has had three sex changes and is currently male. Toward the final part of the game, Reni asks you to take him to get a fourth sex change.

In GTA IV, there is a character who Niko and Roman meet named Bernie who becomes a close ally to the Bellic cousins. This character is gay who left his home country after a war to “come out” and be himself. Additionally, there is another character named Gay Tony who is gay and owns a nightclub.

In Fallout: New Vegas, there are several characters who are LGBT. There’s Veronica, Arcade, Corporal Betsy and many more.  Arcade Gannon is a particular highlight.

Arcade is a member of the Followers of the Apocalypse. He’s armed with a deadly Plasma Rifle and a dry, cynical wit – he’s one of the best companions in the game. He’s also gay, but he only really references his sexual inclination a handful of times should you converse about his life.  Even when he talks about it, it’s in an incredibly offhand manner.  It’s refreshing to see sexuality handled in such a positive manner.

What other video games with LGBT characters would you like to see us write about?