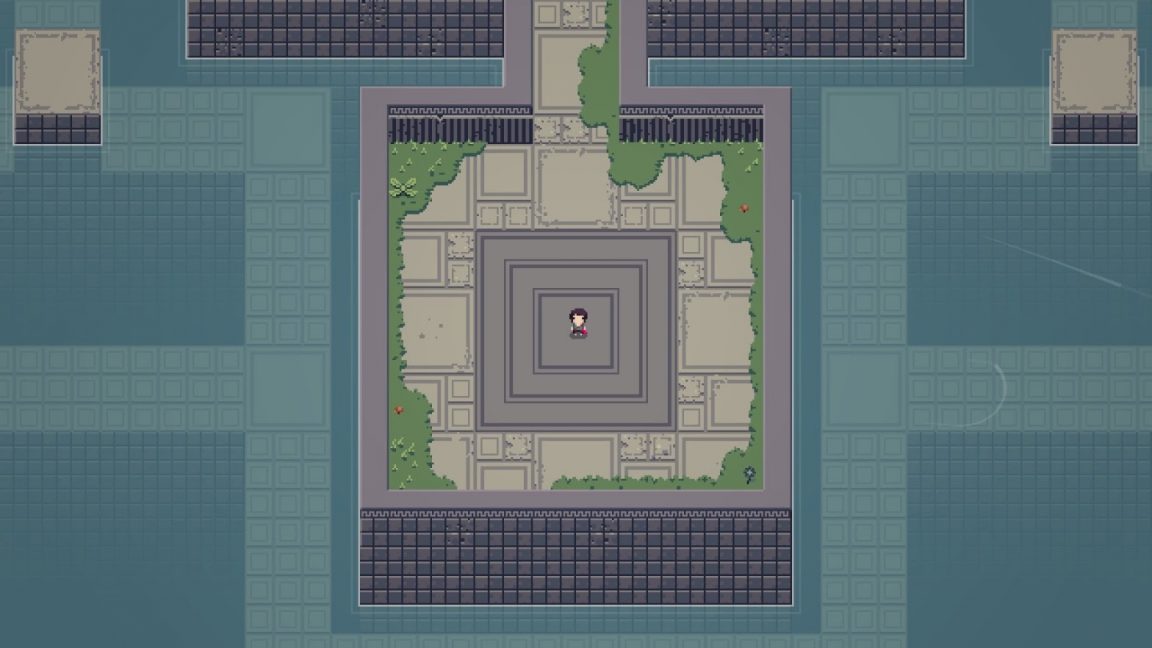 I will admit that I have at times let the title of the gameplay a part in my initial impressions of it, hearing something that sounds eerily similar to another title always conjures images of a poorly made knock off of the original. For that reason, I have definitely been late finding some real hidden gems over the past few years! One such game that I’d love to introduce more people to is the boss rush game Titan Souls, and despite its title, it is one of the most unique games I’ve played recently. The premise is simple, you play a girl with a bow and one magic arrow, it takes one hit to kill you and it takes one hit (technically) to kill every boss you’re put up against. That being said, every fight presented to you loses the usual “brute force through your health bar” in favor of needing to solve a puzzle, discover a secret, or realize a pattern to expose the boss to a shot. Needless to say, it’s a very unique way to handle boss encounters.

They nailed the graphics, controls, and sound design of this game as well, with the pixel art and sprites having a heavy Legend of Zelda feel, and the controls feeling accurate and responsive. In a game based around shooting one arrow and using the force to bring it back, they make that feel really good to do. Your arrow feels weighty and impactful, on top of that every dodge is so precise that when you do die to the difficult bosses you can practically pinpoint exactly where you messed up. As for the sound, both the sound effects and soundtrack really bring the game together! The music isn’t all that intrusive but still adds a great ambiance to the exploration and excitement for the fights, while every arrow impact, roll, or giant hand hitting the ground beside you sounds exactly like it should: dangerous and heavy.

Now, the game likes to be very mysterious and mystical, it does kind of just throw you in without much explanation and tells you to go, and for that reason, I won’t be talking about the “Story” much in this article. It’s hard to piece it together at all on a first playthrough due to some unlockable options, and even playing with those options on it’s not the easiest to guess what’s happening, but it leads to many fun theories. When it comes to the bosses themselves, they are brutally difficult at times but always feel fair. In every boss fight, there is some trick to beating it, whether it be melting the armor around a brain or getting a cube to land a certain way this always leads to the boss feeling fair to me. Sure they can snap me in half in one hit, but once their defenses are down they are the same!

Another factor I enjoy is how the difficulty kind of sticks no matter how far you go into the game. (with a huge exception for the last boss, but I’ll get to that later.) The first boss can theoretically kill you just as many times as the second to last boss if you don’t learn their “trick” and while that can sound intimidating, it also means that once you get the hang of things and understand what you’re looking for in a weak point then the game as a whole becomes a little easier. With only one exception I never felt cheated by a boss either, as there were a couple of times through my playthrough where I understood what to do within the first few seconds and ended it immediately. That being said there are just as many bosses that I didn’t figure out until after the tenth death or more, so a lot of it comes down to mechanics you know, and how creative you are with the simple tool kit you’re given.

This entire article I have been raving about how much I love the way boss fights are handled, with a trick you can learn that puts you on an even playing field against the boss, but that somewhat disintegrates with the last encounter. Without spoiling what the last fight is, it throws a lot of the learning and discovering out the window for a boss who is very fast, very ranged, and only gives about a half-second opening. This was by no means a game ruiner for me, I thoroughly enjoyed my time, but I did wish the last boss carried on the same theme as the others. The only other negative point I can think of in this game is, for some people, the difficulty. I didn’t mind it, but Titan Souls definitely offers a hefty challenge to those who are willing to accept it.

After beating the game you do unlock a few settings, such as one that lets you understand the language of the titans and (if you’re suicidal) hard-mode. Overall if you want to experience a unique take on boss-fights as a whole, and don’t mind a challenge then I would highly recommend checking this game out. Even if you just wait for it to be on sale, I promise it will be an interesting title worth your time.