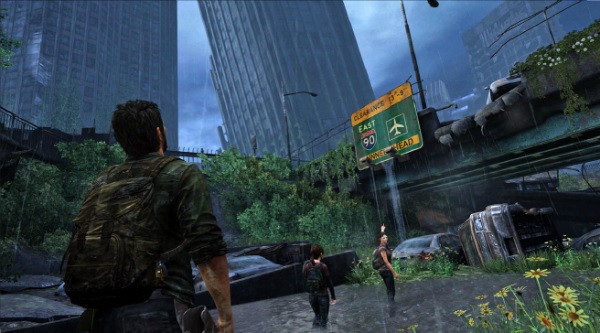 BY JAYSON GOETZ: The Last of Us takes a lot of liberties with the geography of the United States, and it takes some more with some of the city layouts, particularly with Boston, Massachusetts. It’s no wonder, considering the core hook of the game’s plot revolves around Boston becoming one of the last bastions of humanity. While the events of the game are far removed from the last time Boston was a bustling city, players do traverse some notable Boston institutions and buildings while adventuring amongst the infected. Because the majority of the first act of the game takes place in Boston, it’s easier to identify some of the locations you journey through and their real-life counterparts than with the other cities Joel and Ellie wind up in. 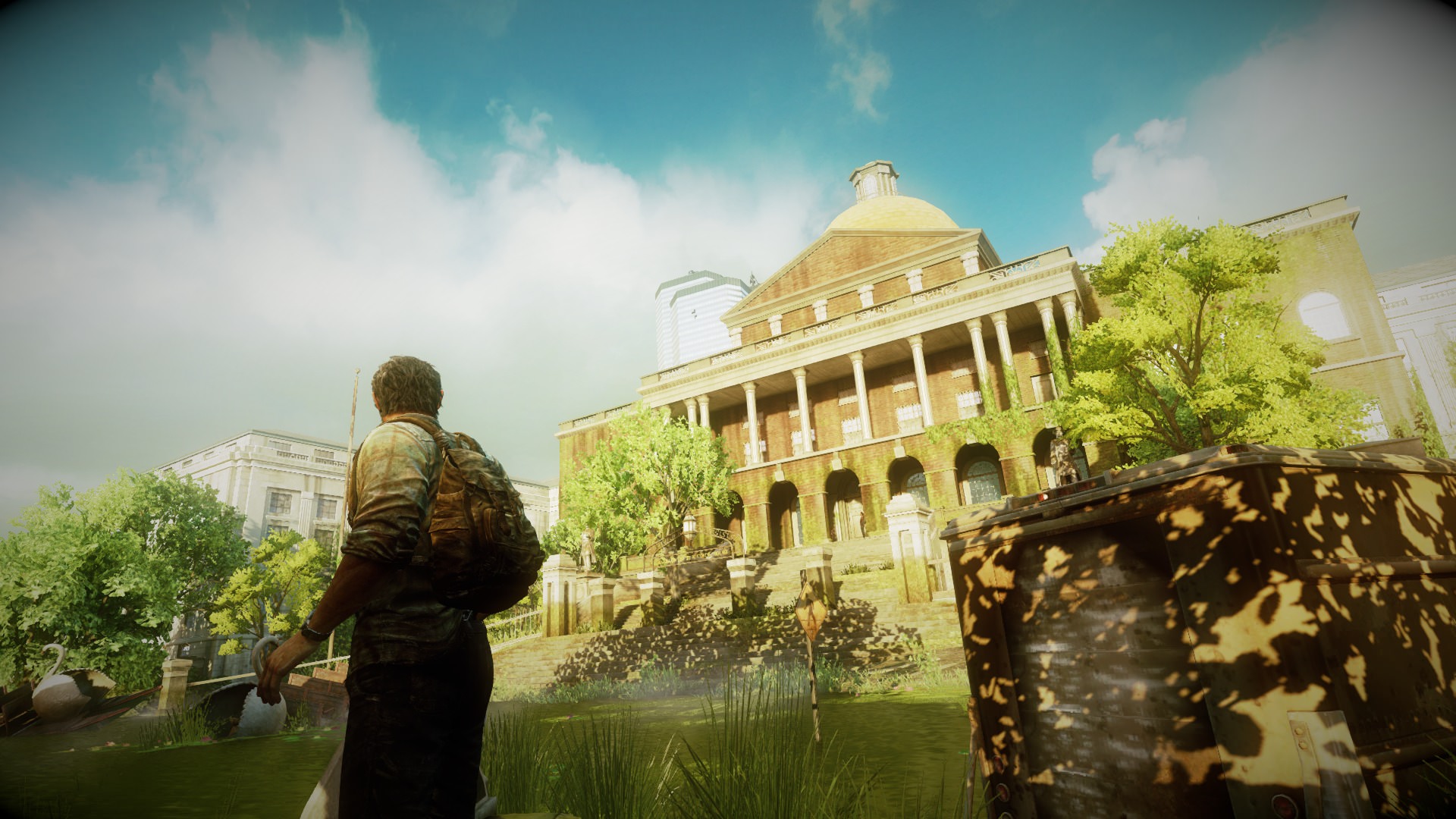 The most notable destination in the Boston act of the game is the Capitol Building, which is the Last of Us’s equivalent to the Massachusetts State House, not to be confused with the Old State House nearby. Joel and Tess are hired towards the beginning of the game to escort Ellie to it in order to meet with the rebel group, the Fireflies, under mysterious circumstances. The whole trip there is fundamentally a tour of Naughty Dog’s fictionalized downtown Boston, complete with subway maps and plenty of buildings done in the style of modern-day Boston. Of course, this journey ends poorly when Joel, Tess, and Ellie find their contacts dead in the main foyer of the Capitol Building. 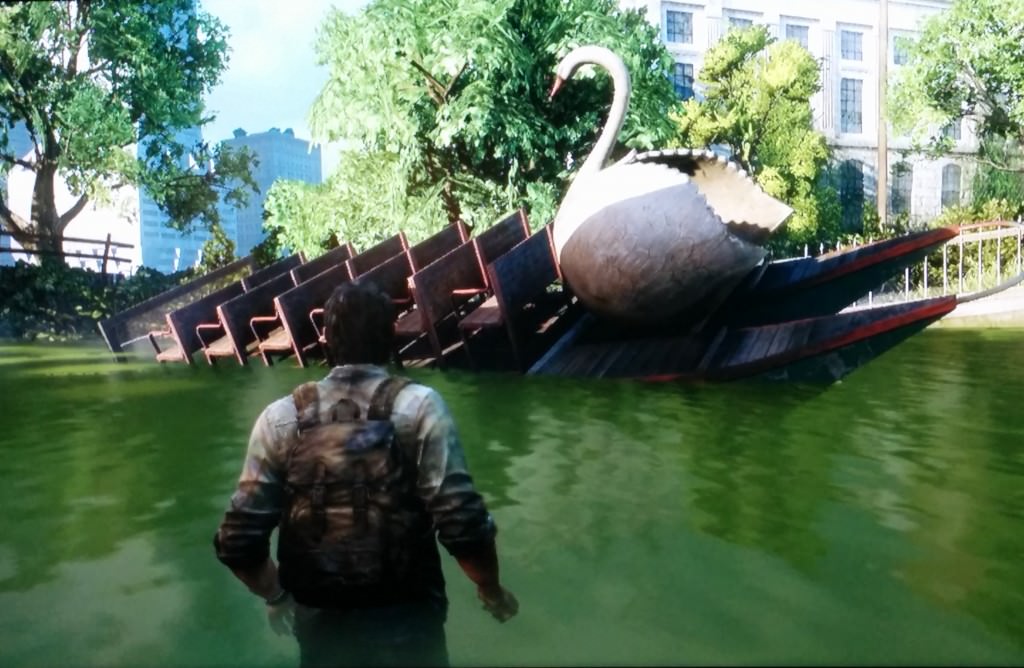 During this trip, there are a few iconic parts of Boston life that players unfamiliar with the city would likely miss. One of these is while the group wades through some relatively shallow water in Boston Commons. While Tess and Ellie scurry ahead and onto dry land, the player can move off the intended path briefly and there are a few swan boats shored up against sunken cars and other debris. This is a nod to Boston Public Gardens’ artificial lake, sometimes called the Duck Pond, where the city government maintained the care for two swans. Visitors to Boston Public Gardens could even rent the swan boats and pedal about the small lake inside the park. 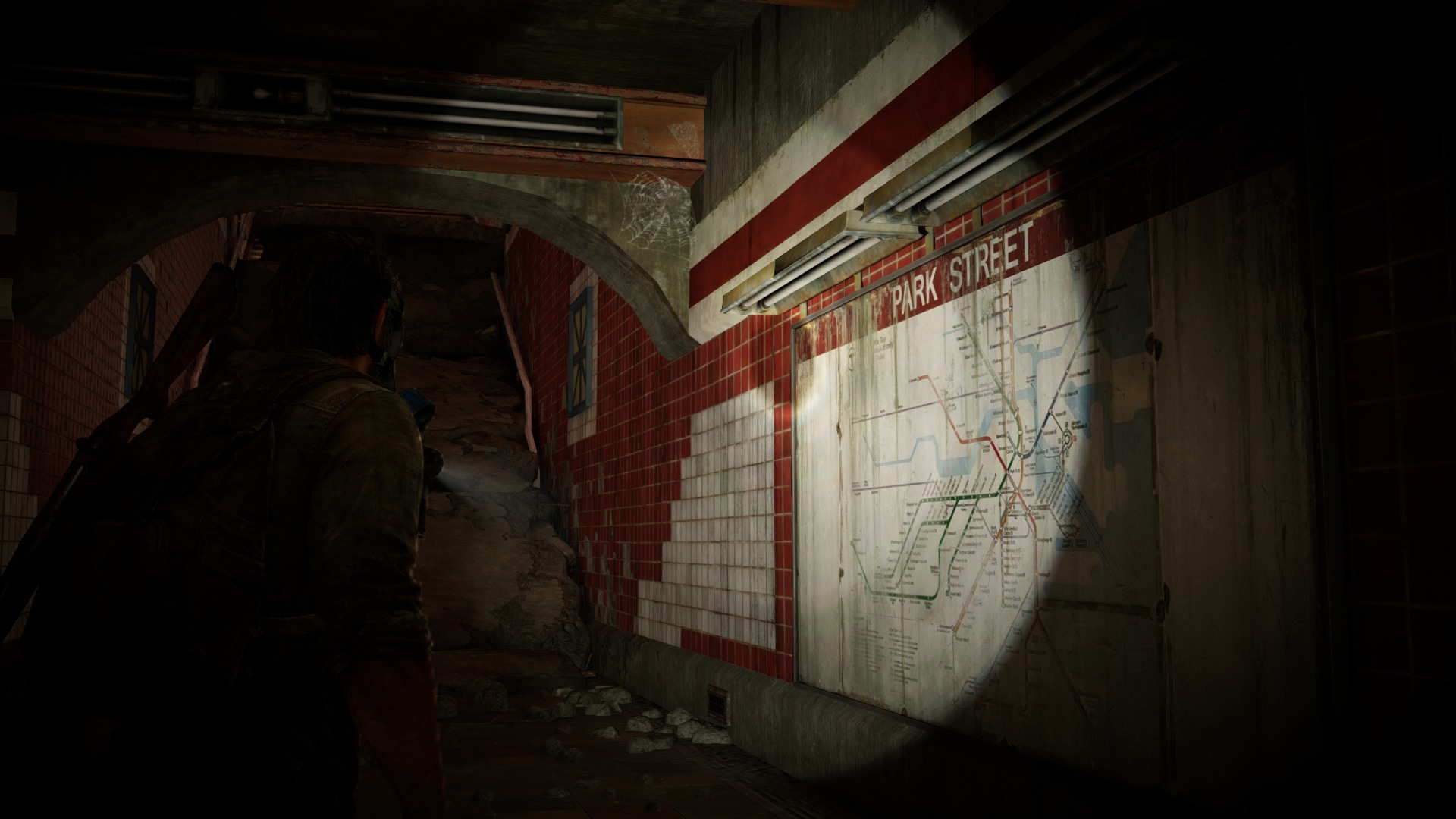 Following the events at the Capitol Building, Joel and Ellie’s journey takes them underground and through Boston’s subway systems. Tracking the exact path they take is, unfortunately, nearly impossible, considering how Naughty Dog condensed and manipulated the layout of Boston to fit narrative needs. The actual subway station Joel and Ellie enter through doesn’t exist in that area, but the design captures the specific subway architecture of the city. Likewise, earlier in the pair’s journey to the Capitol Building, Ellie comments on the massive leaning skyscrapers that she once only saw at a distance. Those specific skyscrapers don’t have any specific real-world counterparts, though they were obviously placed there to invoke the style and size of Boston’s downtown. Both are metal and glass in corporate American make and are nearly indistinguishable from similar buildings that line the streets of our world’s downtown Boston.

Earlier in the journey, the player is forced to sneak through the dilapidated ruins of a museum near Boston Common. Another victim (or beneficiary) of Naughty Dog’s artistic liberties, this museum doesn’t really have a precise real-world counterpart. The museum draws from several sources, mostly relating to Boston’s storied past with the American Revolution and its claim as the home of several Founding Fathers, including Samuel Adams. Most obviously the museum sequence of the game draws on historic institutions like the USS Constitution, the Paul Revere House, the Boston Tea Party Ships & Museum, and the Bunker Hill Museum. While creeping past the clickers and other infected in the museum, you can spy some mock-ups of 18th and 19th-century exhibits, including a horse-drawn carriage, several busts, and numerous paintings in the colonial American style. 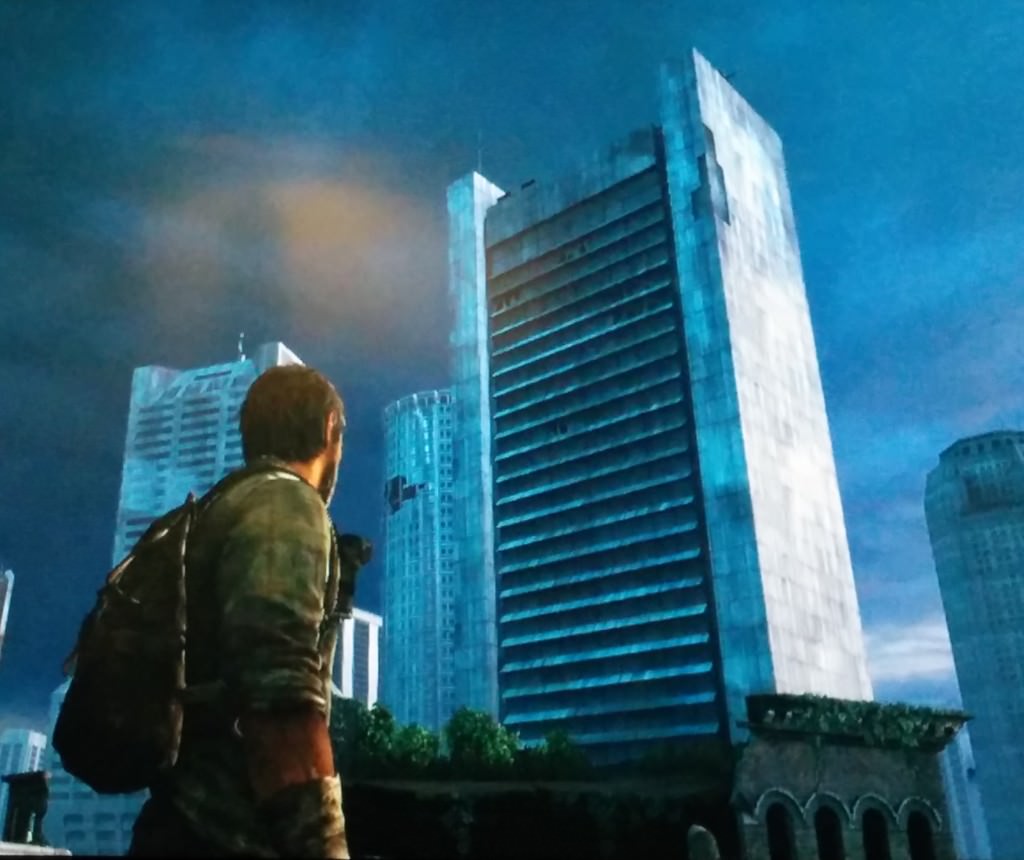 The Last of Us isn’t looking to provide players with a carefully curated tour of the locations Joel and Ellie visit. If it were, it would be an entirely different game and doubtful it would have received the critical acclaim it did. So Naughty Dog took a happy middle ground, where they introduce players to identifiable locales—like Pittsburgh and Boston—and then manipulate them for narrative means. It’s wholly unimportant to the story of Joel and Ellie that their exact path through Boston is real. It’s much more important to show that their journey, which is a casual 20-minute car ride for us players, is deadly and filled with unconventional methods of travel. So, it’s exciting to be able to point out the nods and parallels to the real world because it shows that Naughty Dog cared enough to make the world feel familiar, it’s also good to note that they didn’t feel the need to limit their narrative by the constraints of identifiable streets.