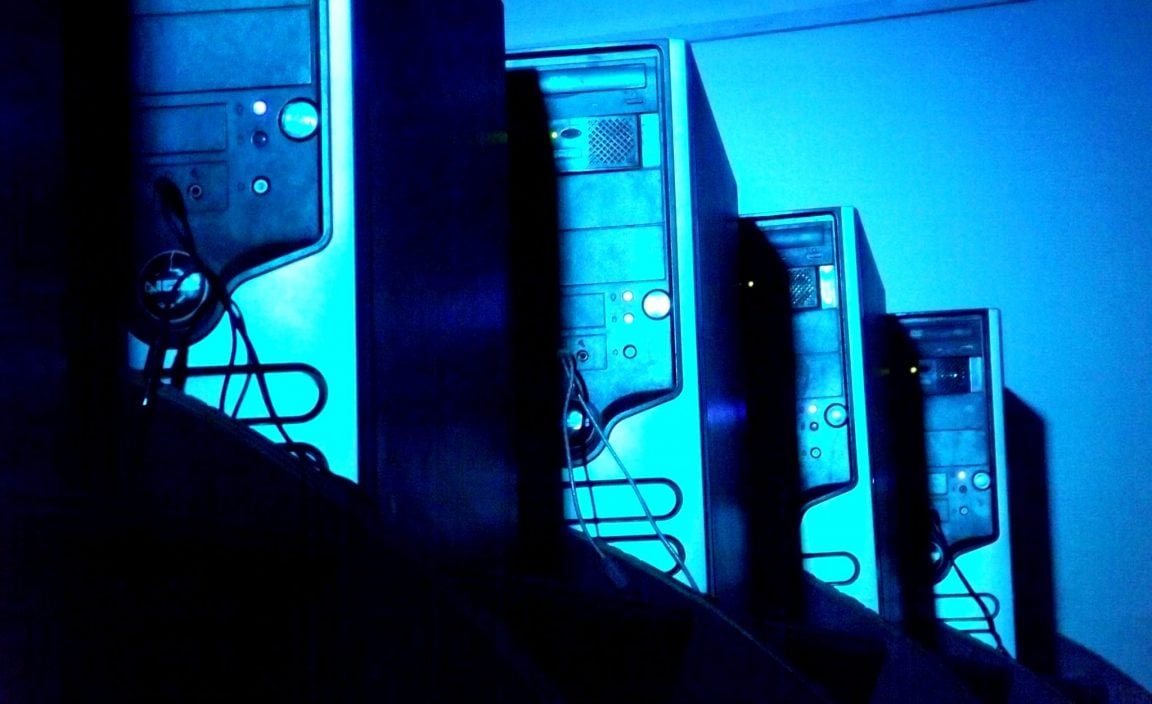 What are gaming cafes? To put it simply, they are a world of their own.

I’m not so sure what the culture in these cafes is like in Europe and America, but for people in South-East Asia, it has been a big part of being a gamer for as long as I can remember.

Why are cafes a big deal in this region?

The biggest reason for the rise in gaming cafes can be attributed to online AND LAN gaming. The reason I stress on LAN gaming is that you’d be surprised by how many people in South-East Asia still regularly play Medal of Honor: Allied Assault, Counter-Strike 1.6, and Call of Duty 4: Modern Warfare (original release) on small LAN parties with their friends and actually take time out of their day to go out and play in such cafes. The average age of LAN party gamers may surprise you, too, sitting somewhere around 24 years old (from careful observation).

This region particularly enjoyed LAN gaming for 2 reasons: Lack of a decent internet connection and piracy.

Yes, piracy.  Buying games with real money has largely felt like a taboo for many years in this region and that’s because of the low income that people generally have. You’d be considered mad to pay actual money for games when so much else needed to be bought just to survive day-to-day. As you need an original license to play games online, people started to look for alternatives that were fun and could somehow bypass this financial obstacle.

These days, many games need an internet connection 24/7 just to play them, which infuriatingly also extends to some single-player titles. Back in the day, online play was an added extra, a side element which could be fully replicated on LAN.  And that is exactly what happened.

The only drawback with using LAN is that there were no online servers, limiting you to playing with the same people over and over again, but as anyone who has been in this position will tell you, that is half of the fun.  As an added bonus, since all the computers were connected by LAN, there was no concept of a bad ping either.

Every gaming cafe has a different personality because of the people that came to play. Most would be regulars who lived near and would easily manage an hour or two every day to play. Some cafes were clean and nice to walk into but lacked any real ‘feelings’ (and were expensive as hell too), some had the feel of a neighborhood where everyone seemed to know each other and were having a good time smoking, chatting, and playing. You could say that each cafe was a server of its own in this extremely large region.

Some cafes even set up their own leaderboards on a whiteboard, just to make the experience more wholesome. Those leaderboards contained offline Gamertags that probably never set foot into the online world, but that was essentially your real name inside those walls.

The late 2000s and early 2010s saw the releases of some of the most popular online games, one of them being DOTA 2. DOTA 2 is a phenomenon of its own and is likely to have an impact on esports and online gaming for the foreseeable future.

Before you know it, DOTA had all kinds of gamers hooked to it and you would rarely find someone who did not enjoy it, even if they sucked horribly at it. DOTA was more than a game; it was a hobby, a part of life, and to some, it still is.

The rise of the gaming cafe industry in this region can credit DOTA for its success because it was a fairly low-spec game that could pretty much run on all kinds of systems. It allowed the owners to buy cheap old systems in bulk for low prices and start up a cafe pretty easily. Graphics didn’t matter to most people and everyone was happy playing at the absolute lowest settings possible, just to get the experience out of the games.

This region has a serious passion for gaming but has always lacked the infrastructure for it. Stable internet was unheard of and usually, you would get pings to be around 500-600ms when playing from home. Then came in packet loss which just destroyed the slightly playable experience.

The cafes saw this and immediately caught on. They weren’t afraid to invest a little into better internet (we’re still talking 150-200 ms ping) because they knew it would bring them massive income. The experience of online gaming actually got tolerable and games like DOTA and CS:GO finally started to garner a local player base.

As it is across the world, many parents in South-East Asia still don’t see gaming as a positive hobby and in the rise of gaming cafes, that was a very dominant mindset. I remember my parents being hesitant in letting me go to one because they were afraid I’d learn foul language (gaming cafes tend to get very rowdy) and that is exactly what happened. Although I never actually used my newly found knowledge at home, I became a bit more street-smart and handled myself when it was necessary.

The thing that still fascinates me is how hard I tried to be in those places. Mostly it was an issue of not having enough money and rarely ever was it about time. A friend and I lived near each other and went to school on the same local vans. Sometimes we’d save travel money by walking 5 kilometers extra just so we could spend an hour doing something we enjoyed.

As I got older, I benefitted from more freedom.  It was at a point where I wasn’t stopped from going to gaming cafes and was just told to responsibly manage my time between studies and gaming. I was fortunate enough to understand this point well because I had friends who got scolded regularly for being at cafes as their grades were falling.

It was also nice for 4-5 of us would get together to play together in person. Some of us lived about 20 kilometers away from such cafes but still found the will to do that regularly. Usually one of us would be short on cash or completely broke, but we still managed somehow. Snacks while gaming was considered a luxury and it was nice whenever we could. Smoking was an essential part of our sessions (cigarettes are incredibly cheap here, and most shops would sell a single stick even) and now that I think back on it, I could’ve never quit smoking if I continued to go there.

Again, I was fortunate enough to get permission for these sessions and have a lot of memories from them. Normally we’d meet up around midnight and call the place 5 hours in advance to book our seats so we didn’t have to wait. We’d spill out our pockets and see how much cash we had collectively. A 6-hour gaming session would cost about $5 per person and anything over that was used for buying cigarettes and snacks. The best cafes for night sessions were usually the ones that offered a free 500ml Pepsi with them.

The nights went on with a lot of shouting and screaming, usually due to losing our matches. There were win-streaks as well, but they were far fewer in number. The night would end around 8 AM when we would finally go back to our homes and enjoy a good sleep.

These cafes were usually understaffed and their equipment was a joke. Everything from keyboards, mice, headsets, and entire systems had faults. In crucial moments of the game, you’d realize that your spacebar isn’t working and only after blaming lag for 7 times in a row do you realize that it’s actually broken and scream to the guy on the counter to get you a spare one before you respawn.

I can’t recall how many sessions I’ve had without a working headset yet still had an enjoyable time with my friends.  There would usually be battles over who would use the computer with the most working gadgets. There would also sometimes be a problem of not being able to sit together with your friends as the adjacent computers were occupied. Most people would accommodate by swapping seats but sometimes games were in progress and couldn’t be switched.

I truly miss them

Writing about all this vividly reminded me of some special memories and how good those times were. I haven’t been to a gaming cafe for a long time and probably won’t any time soon. The people I used to play with are all busy in their own lives, as am I. I’ve done enough for myself to have a decent gaming experience at home and love it, it’s just that sometimes I wish could go back to the reckless days of not having to worry about things as I do now.

Maybe one day I’ll launch my own cafe, who knows? Until then, I hope these memories don’t grow too distant.