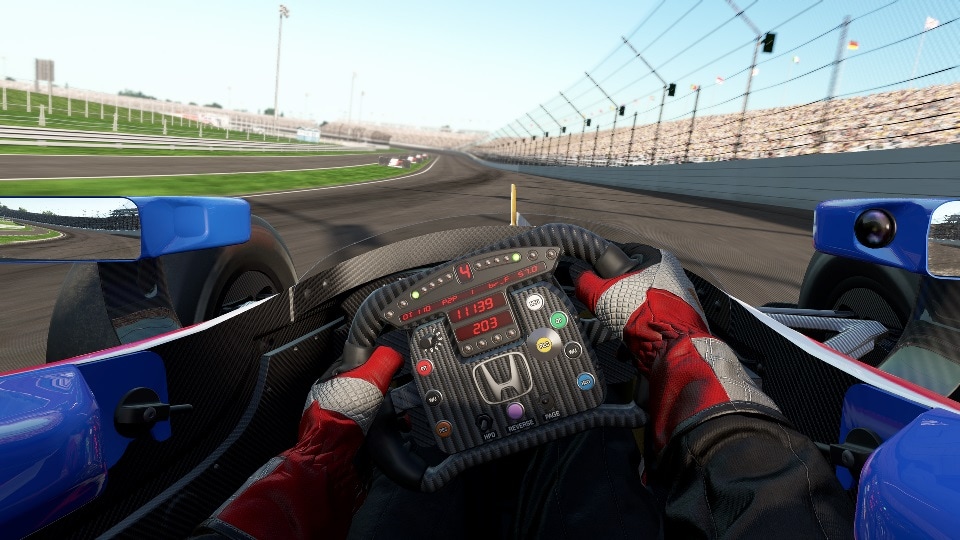 BY RICK MARSH: Video games are meant to be immersive. They encourage us to act like footballers, spies, assassins, and a wealth of other characters. VR takes this escapism even further, offering a level of realism that offers near-total immersion. As well as providing the opportunity for some of the most entertaining games around, VR also has a host of real-world applications.

It is used in education, extensively used in real estate and commerce markets and in education. It can also be used in training and improving specific skills. VR simulators have long been used in aerospace and astronautics. If driving and motor racing are your thing, then you’re also in for a treat.

The technology has been used to train drivers in, to hone skills, and are being incorporated into examinations and tests. From home, you can also enjoy accurate representations of the racing experience with games like Project Cars, Drive Club, and Dirt Rally VR. You can also head to a racing simulator centre, where you can enjoy a similar gaming experience but with simulators that incorporate horizontal and vertical movement, full racing seats and steering wheels, and even the feeling of the wind in your face as you drive.

Dominic Dobson, founder of VR Motion and former rally driver, founded his VR company primarily to improve his driving skills. He wanted to practice the Pikes Peak stage in a variety of driving conditions. The software enabled him to drive the course, which is only used as a rally track during the race itself because it is a main thoroughfare for the rest of the year. He won the Pikes Peak Unlimited Class and took the Rookie of the Year award as a result of his efforts. We’re not suggesting you could become the next Lewis Hamilton or   Ogier, but you could enjoy a sensational VR experience while improving your driving skills.

If you have your own VR headset at home, the following are some of the most popular VR racing games available today:

Dirt Rally VR, from Codemasters, is a majestic game. It was designed for use with VR headsets, rather than being built as a racing game with additional VR features. It is more of a simulator than previous Dirt Rally games, although it still doesn’t offer the level of minutiae as Gran Turismo games.

The career mode is packed with content, and as well as the expected range of cars, tracks and liveries, team management plays an integral part in the game. This ensures that your vehicle is properly repaired; cars in poor condition will drive very differently to those in peak condition. You can also invest in improving certain aspects of your car.

As well as career mode, you can also set up customisable championships, PvP online racing, and multiplayer tournaments. Dirt Rally VR is a serious VR game, and is available for Oculus and PS VR.

Driveclub VR is, effectively, a VR conversion of an existing game; in fact, it was one of the first titles to launch on PS VR. Like the original 2014 Driveclub game, it is packed with content. Unfortunately, the conversion to VR has stripped away some of the features that made the original such a high calibre game.

A lot of players have complained that the visuals the blurring of images over distance, mean that it is difficult to invest hours of gameplay at a time. In honesty, the original Driveclub remains an excellent game, but it is arguably better played as the standard racing game, rather than as a VR racing simulator.

Project Cars 2 is not a VR specific game. It is a massive driving simulator that has substantial virtual reality features that make it worth consideration as one of the best racing sims available now.

Project Cars 2 represents a major improvement over the already great Project Cars original from 2015. It looks better, plays better, and packs even more VR features under the hood. The game has been developed with the help of some serious racing drivers, and it shows.

It offers dynamic weather conditions, different times of day, and it is compatible with many more wheels and other items of hardware. If you’re going to really enjoy the virtual reality driving experience, then you should invest in at least a good steering wheel and pedals. Ideally, you also want the kind of three screen setup that is similar to that in VR racing centre.

Need For Speed – No Limits VR

Also worthy of mention is Need for Speed – No Limits VR. Not all of us have the funding or the capability to enjoy a full Oculus or PS VR experience. Rather than having to invest hundreds, or even thousands, in getting your hands on this kind of setup, No Limits VR is a smartphone app for DayDream VR users.

Daydream VR is Android’s VR viewer, and with this and a Daydream VR headset, you can install the Need for Speed app and start racing. The quality will be lower than through a dedicated VR headset, and there isn’t as much content, but if you want a pick up and play blast at racing, this is a great option that benefits from Need For Speed’s extensive experience in making fun, arcade style racing games.

Motor racing is one of the best experiences that perfectly makes the transition to VR. Minimal human movement is required, which means that you don’t need Ready Player One style omnidirectional treadmills. You can enjoy a racing experience on a mobile headset or on an Oculus or PS VR headset. You can also visit VR racing centres, which have all the equipment and gear to ensure that you enjoy a total VR experience.