BY STEVEN LAGRONE: Team Fortress 2 is a classic game that many will have played over the years. Although TF2 was released in June 2007, it still boasts over 50,000 players daily on steam alone.

As a 10-year-old, I would adventure into my uncle’s basement every weekend to sit and watch him play the likes of Minecraft, Counter-Strike, and Team Fortress 2.  And so my gaming adventure began.

TF2 struck me for its silliness, but also the way that at its core, it was not a kid-friendly game.  I would go over to my uncle’s house every Saturday and would play Minecraft for hours on end. But, my sights always were set on Team Fortress 2 and becoming one of the best players. I soon found myself begging my mother to purchase me the best budget laptop we could afford. Next, I managed to convince my mother that Team Fortress 2 was a simple game, with next to no violence or gore.  I’d gone from only being able to occasionally play games with my uncle in his basement, to being an 11-year-old with my own laptop and the game I’d wanted above all others.

For those who haven’t played Team Fortress 2, it is a fun game to play solo, but it is even more fun if you’re playing with friends.  So, I begged my uncle to let me play with him and his gaming friend, then we set sail, a team of two 20-somethings and an 11-year-old kid.

I chose the spy class due to how fun it played and also the complexity of mastering it.  Soon after, I felt unstoppable, getting 3 kills a game thanks to my uncle’s encouragement.  I kept pouring hours and hours into the game, racking up to a near 400 hours in the first year of purchasing the game. 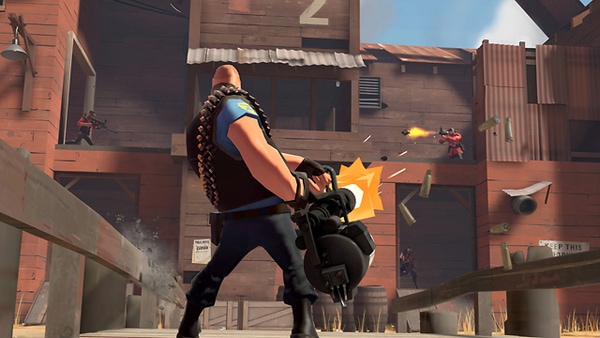 Eventually, I realized that my laptop had its capabilities, and was soon going to run into the ground.  With my fundamental gaming knowledge from the hours poured into Team Fortress 2, I began to lust for newer games with competitive scenes.

By this time, 7th grade had rolled around and I had a new gaming PC and a group of friends who were interested in gaming even more competitively.  We moved onto new pastures, Overwatch, and I switched from being an aggressive spy to passive mercy.  I used everything Team Fortress 2 had taught me as the foundation to become a formidable Team Fortress 2 player.  The transition remains one of my favorite gaming experiences, while Team Fortress 2 remains my favorite game for everything it gave to me.

To this day, my friends and I still play Overwatch together and our dream is to eventually make it into the competitive scene as a well-respected team.  For now, though, we are simply setting our sights on more immediately achievable goals; our road out of the Silver rank has been a long overdue challenge and our journey has only begun.