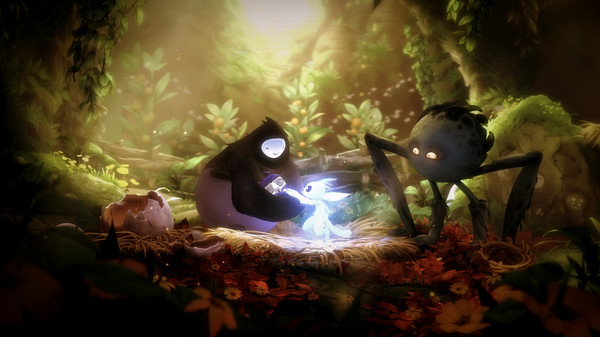 BY OLIVER ROBINSON: Ori and the Blind Forest was originally released for Xbox and Windows in March of 2015. The game received overwhelmingly positive reviews, with practically every aspect of it being praised: the simple yet mature and emotionally compelling story, the silky movement that both looked and felt great, the incredible art style that made the game look more like some sort of high-production animated movie than a video-game. Really the only blight on the original Ori was the combat, or maybe the lack thereof, but combat encounters made up so little of the game that it seems almost pedantic to hold that against it. This was a game that was touted as, and probably still has a claim to being, one of the best Metroidvania-style games of all time. 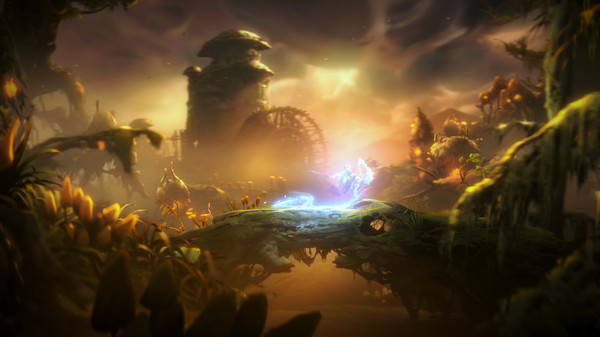 Ori and the Will of the Wisps was originally released for Xbox and Windows in March of 2020, after almost five years of development. The game received almost universal acclaim, with practically every aspect of it being praised: the bittersweet and mature story, the movement that had not only maintained its grace and fluidity but had actually been improved upon, the return of the Disney-esque art direction. Will of the Wisps had also clearly taken to heart any criticisms of the original game; combat, for example, was dramatically improved. Will of the Wisps sits on both a higher metascore, and user score, on metacritic.com than its predecessor. It’s undoubtedly a massive improvement on a game that most people would already agree was practically perfect. And yet despite all this, it almost feels like it’s been unintentionally forgotten in the last hellish year – and that just isn’t fair.

Because let’s get one thing straight. Will of the Wisps is a great game. It takes everything it was praised for originally (the movement, the art, the story) and just tightens them all up very slightly. Will of the Wisps doesn’t make any dramatic changes to, say, the movement, rather it just adds a couple of extra ways to traverse (like the grappling hook and the big launch move.) As such, the movement and platforming throughout the game feels familiar, but not so identical as to just be more of the same. Similarly, the story remains relatively simple, and even hits some of the same beats; Ori must venture out into an unknown land in order to find their friend, gather 5 Wisps together, and avoid a very angry owl the whole time. It’s nothing overly complicated, but the way the story is presented and told leads to some very earned and heart-wrenching moments.

But more importantly than fine-tuning any of the already-great bits and bobs from the previous game, Will of the Wisps sets about actively trying to fix the few problems the original game had; the biggest of these being the combat. To put it simply, combat in Ori and the Blind Forest was… bad. Now, admittedly the game massively de-emphasised combat as it wasn’t a huge part of general gameplay by any stretch, but the few times where you did get locked into a room with more than two enemies made a younger Oliver want to stop playing the game at times. Having to wait for your wisp friend to recharge for a second and half every three shots, and that being the entirety of the combat in Blind Forest just wasn’t super engaging. Moon Studios clearly realised this themselves, as not only did they completely redesign combat for WotW, but pushed it much closer to the forefront of the game. Gone is the one attack that you use to beat everything – Ori now uses a variety of weapons; a sword, a bow, a massive hammer etc. that do a variety of different things. Combat rooms are more frequent than the original game, but rather than being something I dreaded, I actively looked forward to these rooms in Will of the Wisps because of how good, and how fun the combat felt. And that’s just the normal combat – I didn’t even mention the fact that the sequel adds several actual, real boss fights. 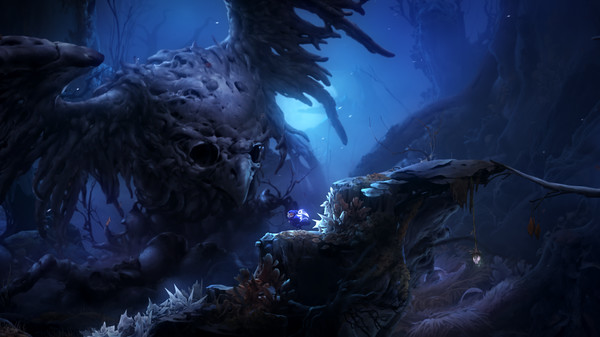 As Blind Forest didn’t really emphasise combat all that much, it instead relied on ‘chase sequences’ – difficult, thrilling escapes from either enemies or natural disasters. And don’t get me wrong, these chase sequences were great (and in fact they still are, because they’re in the second game as well), but there’s something so satisfying about being able to actually beat that big evil creature that’s been terrorising you for the last half hour, rather than just running away from it. In fact these boss fights are at their absolute best when they incorporate a chase sequence into the fight itself (often as the boss transitions to its next phase.) Fighting the boss, and then fleeing its increasingly angry attacks as the arena itself started to collapse around me, just to realise I’d only succeeded in escaping to phase 2 was great, heart-pounding stuff.

Combat isn’t Will of the Wisps’ only dramatic improvement though. Blind Forest, whilst pretty and atmospheric, did at times feel strangely empty – as if the only real inhabitants were Ori and their friends. This changes in WotW; the world is now full of loveable NPCs that interact with Ori, and even give out side missions (which admittedly do all tend to follow the same basic pattern of ‘find object a, give it to person b’, although the movement and the charm of the characters helps this from seeming too monotonous.) These include vendors as well, who’ll sell you maps and ‘spirit shards’ (think like the charms from Hollow Knight, equipable items that do things like make you take less damage, or stick to walls more consistently), amongst other things. Probably about half an hour or so into the game, you come across ‘The Wellspring Glades’, a sort of hub-like area where a lot of the NPCs hang out. This not only serves quite a practical purpose, in that it gathers the majority of NPCs and vendors in one place so you don’t have to spend 10 minutes searching out a specific one of them, but you can also help build houses and plant flowers there. It’s lovely, and I would die for Tuley, the guinea pig-looking gardener.

I mentioned Hollow Knight above, and that wasn’t incidental. A lot of the improvements made to Will of the Wisps feel like they’ve been heavily influenced by the 2017 Team Cherry release. The NPCs scattered around the world, the improved combat and boss fights, the spirit shard system working very similarly to the charms of Hallownest. Now whether or not Moon Studios actually were inspired by Hollow Knight, I have no idea, though seeing as Will of the Wisps had been in development for at least a year before Hollow Knight even came out, it’s likely this was just coincidental – Hollow Knight is probably one of my favourite games of all time so it admittedly doesn’t take much for me to draw similarities between it and literally any other game. That being said, if you are a fan of Hollow Knight (and why wouldn’t you be?), I would definitely recommend Will of Wisps to you (it may even help you scratch that Silksong itch.) 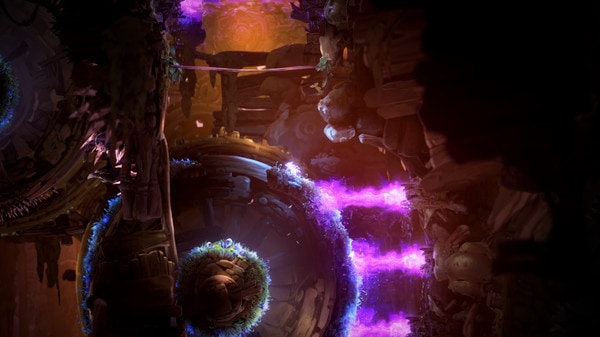 All in all, Ori and the Will of the Wisps is an absolutely fantastic, almost flawless, game in my opinion. I actually enjoyed it to the point where I feel like I have much more of an appreciation now for the world and characters than I ever did after I played the original. Really if you like Metroidvanias, or movement-based platforming, you owe it yourself to play this game. It’s a bigger and better continuation of the original classic. It’s also free on the Xbox Game Pass right now so… y’know. No excuses.