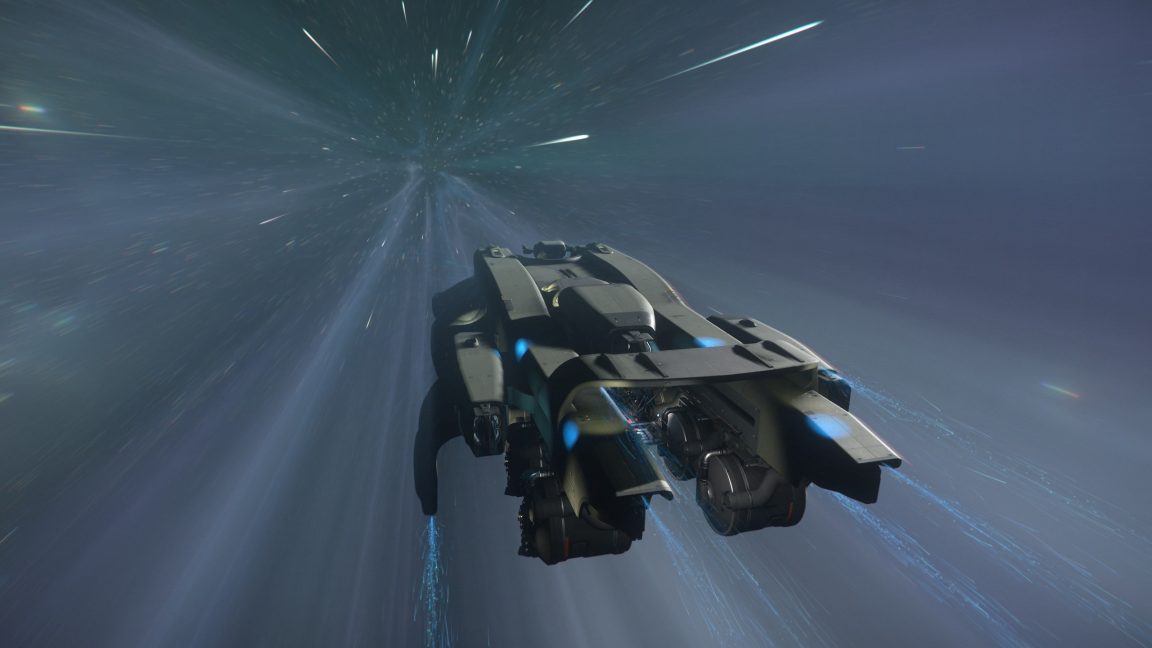 Star Citizen is a controversial topic in gaming.  To some, it is the game that dreams are made of.  To others, it is simply known as “Scam Citizen”.

Development on Star Citizen, the spiritual successor to Freelancer, started back in 2011, before being announced through a successful Kickstarter campaign with the promise of a 2014 release.  Fast forward to 2020 and Star Citizen remains not only unfinished but still in an alpha state despite having raised $294,502,710 from eager backers at the time of writing.

I made the decision to steer clear of the project years ago, having read that ships were being sold, sometimes even just as concept art, for hundreds and thousands of dollars.  There was even the option to buy every ship in Star Citizen for $27,000 at one point.  Heck, one Star Citizen player has spent over $30,000 on the game.

“Madness”, I thought and stopped looking into the game entirely.  I rarely pay £50 for a game on release day, let alone paying that amount for one in alpha that may or may not ever come out.

Well, that was until the recent Invictus Week Free-Fly Event, which opened the Star Citizen gates to everyone for free for a week.  Having seen a few tweets from ever-eager backers about recent developments, I decided to check it out knowing that the worst-case scenario was that I’d waste an evening and uninstall it.

A Baptism of Fire

A 16007 error prevented me (and a lot of players) from even loading into the game.  Reading the support area, the advice was to basically exit out and wait an hour.  Thanks a lot, RSI.

After rebooting a bunch of times and even resorting to reinstalling Star Citizen, I was eventually able to load the game.  I created a character and was finally in the game.

Another PC restart and a few more reloads and I was back.  I recreated my character and jumped into the game.  After loading into the starting room, I spent a few minutes looking around before brewing myself a coffee that I couldn’t figure out how to drink.  I spent the next 5 minutes trying to get out of the room in third person, my preferred perspective.  After realising that you can’t do that, I pressed F which switched to first-person and let me select the option to open the door.  Sweet.

I went out into the corridor, took the elevator down to the ground floor, navigated to the nearby train platform and headed off to the next station.  I couldn’t wait to see what would come next. 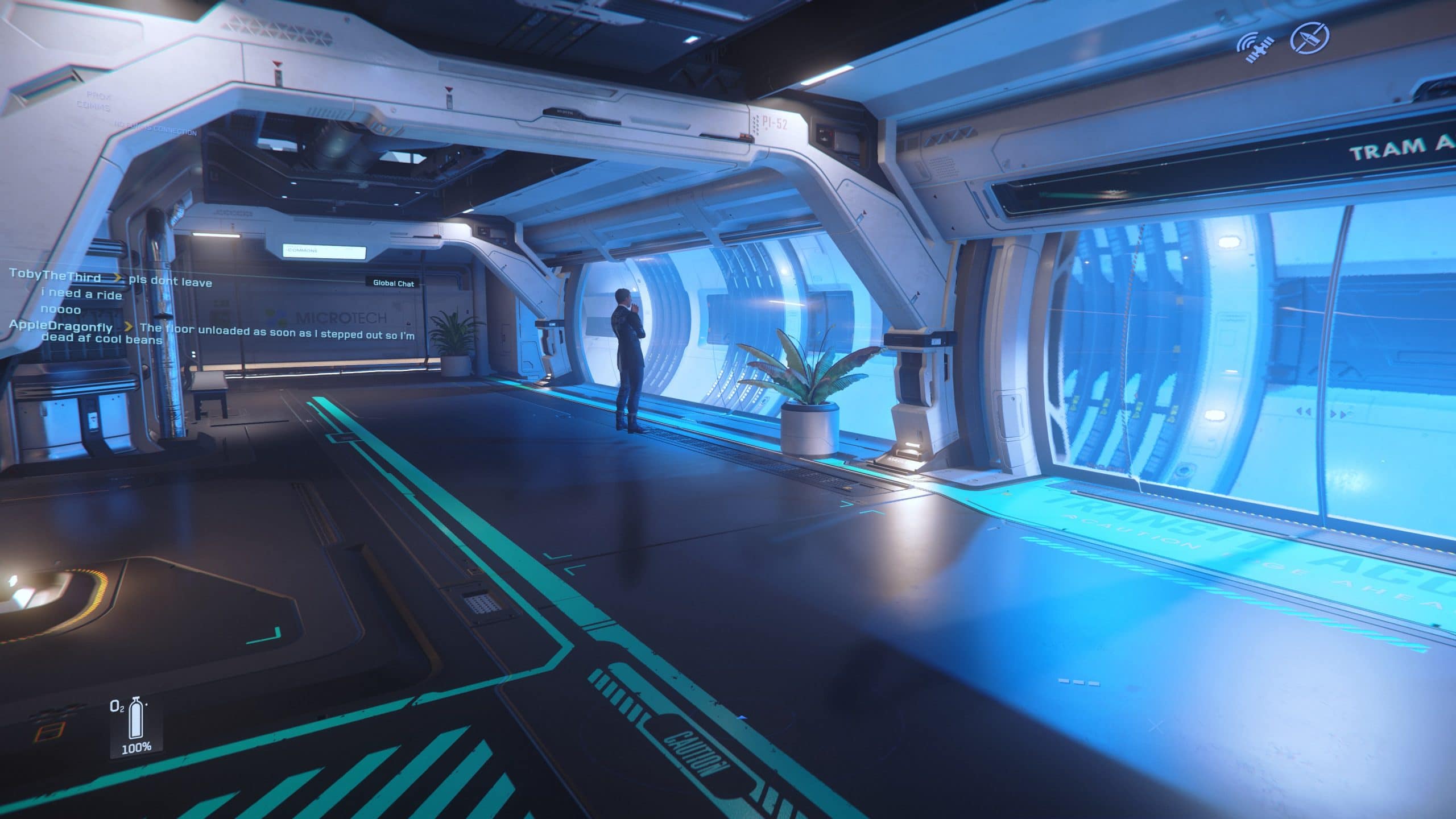 Except, I did have to wait to see what would come next.  The game crashed again.

After another 45 minutes of trying to get in, even doing an account reset, I gave up for the night.

The taste of what Star Citizen had to offer had piqued my interest, but the frustration I felt with the crashes had soured the experience.  A patch the next day promised to resolve some of the issues, so I jumped in again, recreated my character yet again and was able to play the game for about 30 minutes before I experienced my first crash of the night.

Since then, I’ve had the 16007 error at least 20 times, had a dozen crashes, had to recreate my character twice, had to re-ride the initial train 5 times, and been able to actually play the game for about 6 hours over 4 sessions.

And yet, after it all, I’m still tempted to back Star Citizen.

For all of Star Citizens numerous, significant, irrefutable flaws, it is truly astonishing.

Everything in Star Citizen has been meticulously put together with a level of detail that I have never seen in a video game.  Nothing feels like it has been copied and pasted a few dozen times to flesh out a room.  Instead, each space feels like a real living, breathing location somewhere out amongst the stars.  The various stations already in the game have been designed to feel like they have been created by different corporations during different periods, with each having different levels of wear-and-tear in line with their location and purpose. 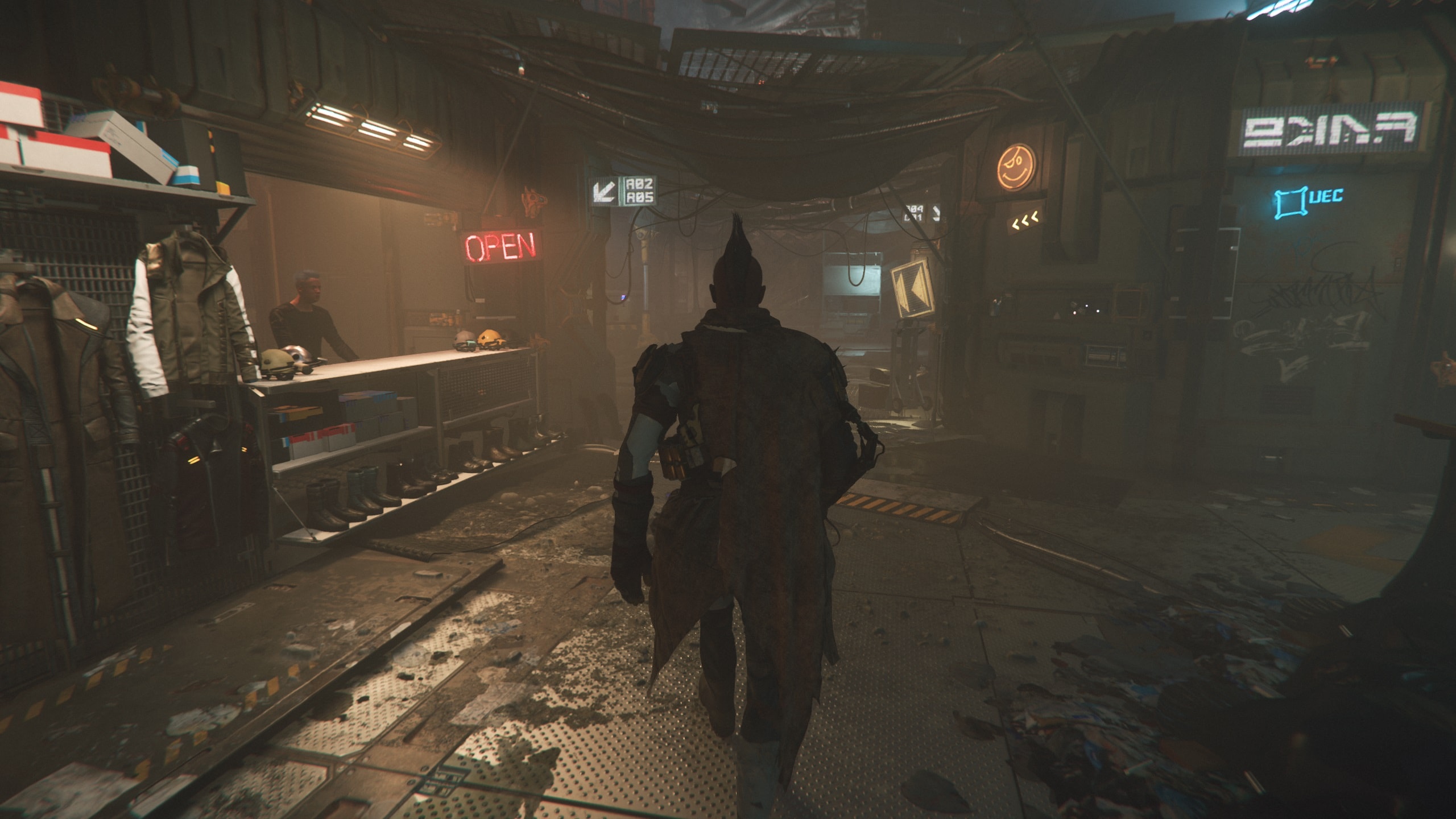 The ships are just as impressive.  Each of them are strikingly different and their scale can be intimidating.  One was so large that I spent 10 minutes lost inside it, trying to navigate out of the spiralling corridors which lead to rooms which one presumes will one day have crew members fulfilling their duties.  They’re also great fun to fly and each feels different.

The controls become second nature after some time, too, despite using just about every key on the keyboard.  They are far from intuitive and could benefit from some simplification, but over the course of my time with Star Citizen, I Google’d how to do each action when I needed to and gradually built up my repertoire.  There is still no doubt much still to learn, but that is a testament to the amount that characters can do.

People often say there is nothing to do in Star Citizen.  I thought that meant there would be a handful of ships, a few landing pads and all players could do after nearly a decade is fly around pretending not to be bored.  I have been massively impressed by the various planets, cities and stations already in the game.  Players can bounty-hunt, mine, haul cargo, fight, complete missions, or explore while they earn the in-game credits required to upgrade their ships, buy clothes, armour, weapons, food, and whatever else there is that I have yet to discover.  While more locations and missions are undoubtedly required in the finished game, it is far from the barren mess devoid of fun that I’d believed before going in. 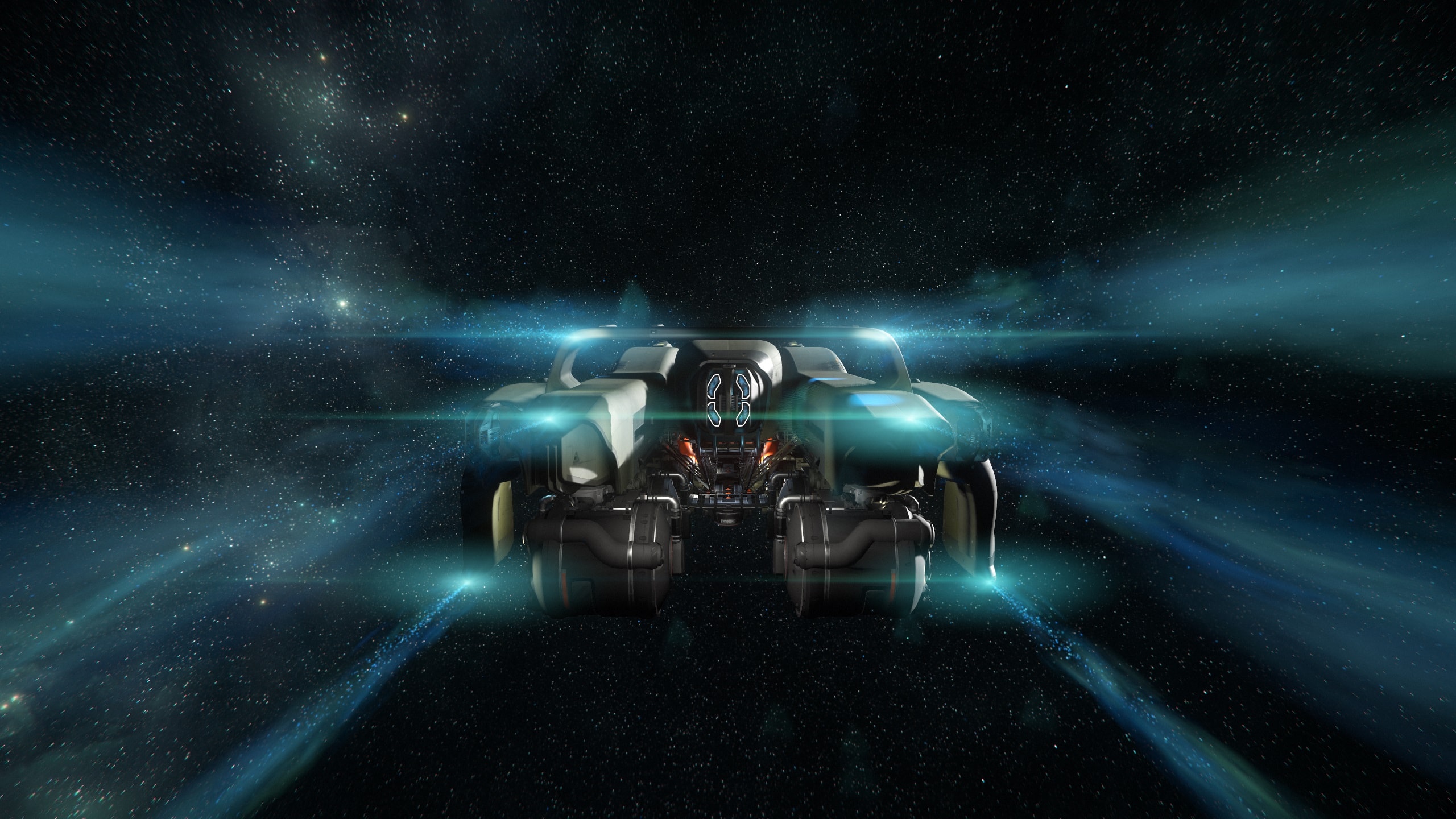 Star Citizen can be frustrating.  There will be crashes.  Credits will be lost.  You’ll experience bugs – some minor, some more significant.

You’ll occasionally be swept up in the universe one minute, only to have your immersion broken by something that is ultimately small, but lets down the overall premium-feeling that Star Citizen otherwise has in spades.  For example, you might walk into a stunningly designed neon-lit bar only to find that half of the patrons are standing on chairs, something that YouTubers mention is “an old, known bug” as though that is okay.  It isn’t okay.  It is distracting from the thousands of other incredible details that would otherwise form a completely immersive, enjoyable experience, doing a disservice to the designers and also the backers.  It is the Ferrari propped up on bricks while the salesman tries to sell you a branded leather jacket and cap.  After all this time in development, backers should reasonably be able to expect those sorts of bugs to be long gone and that the developers should be focusing on the home stretch, polishing all of the content ready for release.  Not so. 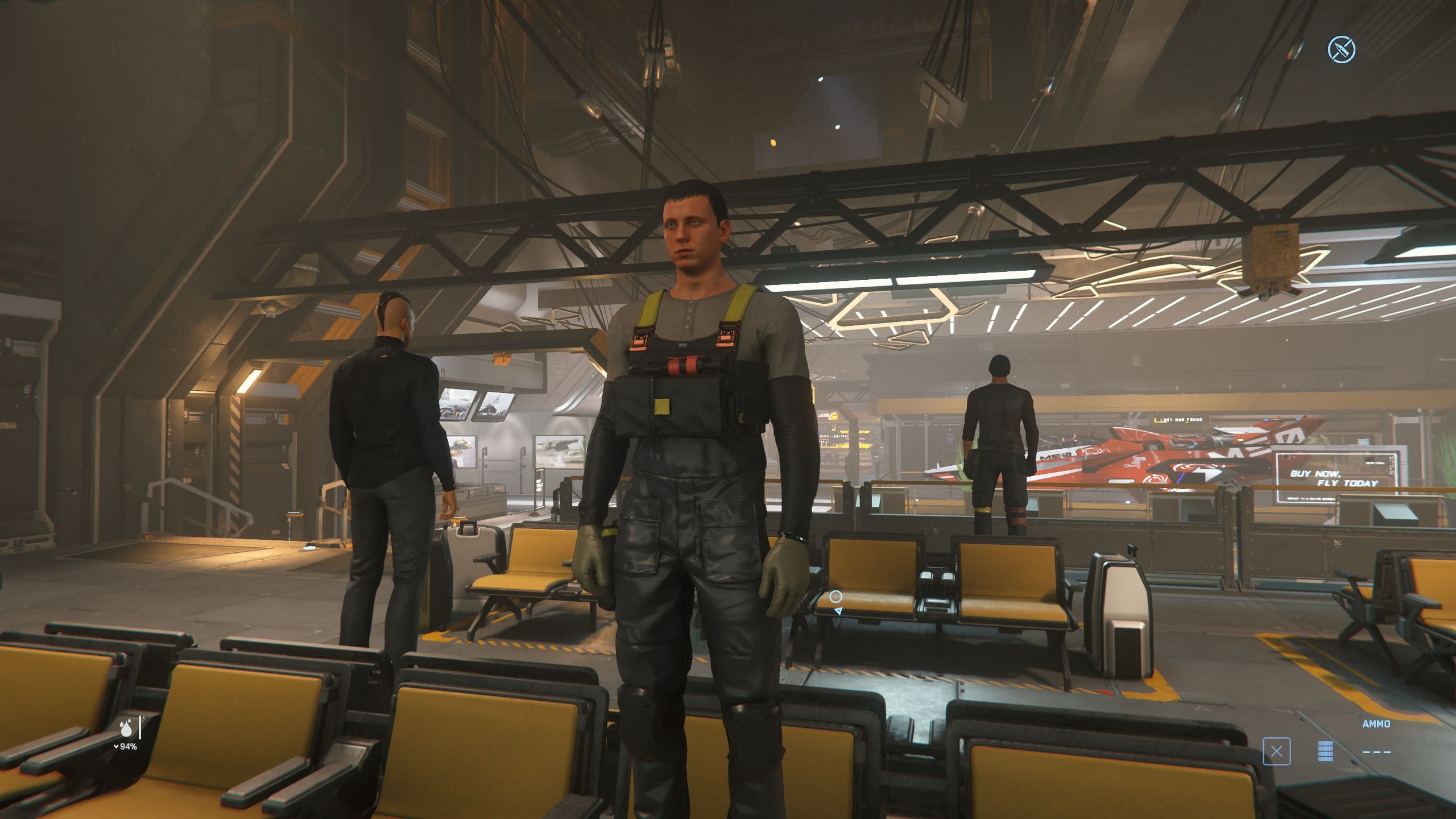 I can’t understand why the developers continue to grow the scope of the Star Citizen project without ironing out the bugs and errors that persist from the other parts of the game which are at various points of completion.  New ships, with accompanying marketing videos, are created and immediately sold while many of the foundations that Star Citizen is built upon are developed at half the speed.

In my mind, there are enough ships in Star Citizen now.  Add more later as DLC if you want to, but the resources being used to squeeze more money out of backers for new shiny ships should instead be redirected to speed up the implementation of more content, more locations, an improved user experience, and fixing bugs and errors, plus a plethora of other things that were promised to backers long ago. 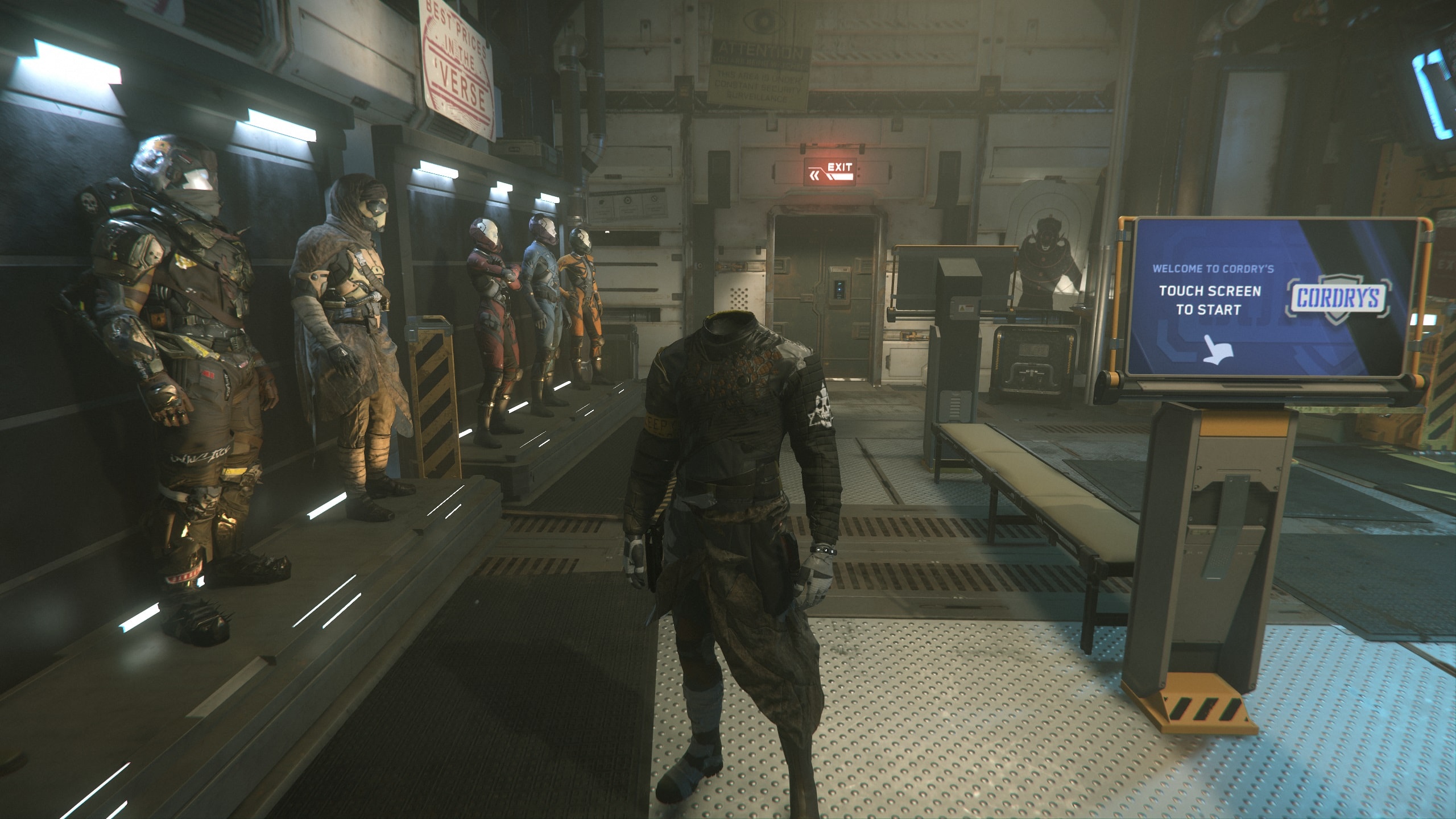 All of these issues have formed into the reservations about the project that continue to weigh down in the back of my mind.  And yet, a large part of me doesn’t want to stop playing Star Citizen when the free fly period ends.  I love being within the fractured universe that already exists and I want to see how it develops with each quarterly update.

I can’t shake the feeling that, frustrations aside, I felt a sense of belonging while playing Star Citizen.  The community are enthusiastic, friendly and welcoming.  The futuristic setting is everything I’d wanted from Elite Dangerous, a game I’ve sunk 60 hours into but felt was missing a bit of magic that would make it something really special.  Flawed as it may be, Star Citizen is quite literally breathtaking at times and when everything is working as it should, it feels like a AAA title.

So here I sit with a dilemma I didn’t think I’d have when I first loaded up Star Citizen.  It is the classic battle of heart vs. head. 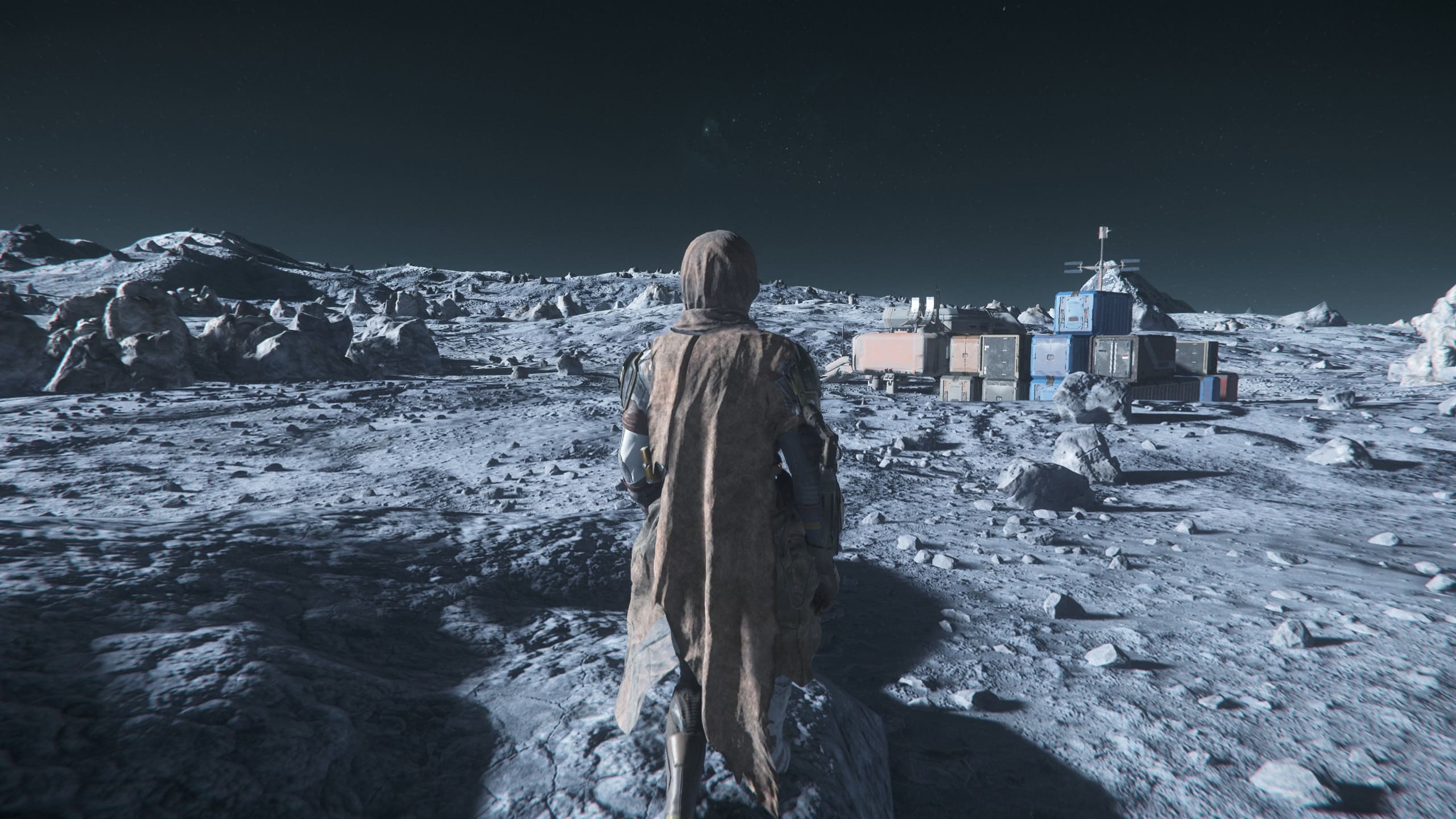 Alarm bells ring in my ears.  Star Citizen has been in development for a long time and that looks to continue for several years to come.  I’m not entirely convinced that the money from backers is being utilised as well as it could be, or that the management are effectively identifying and prioritising areas to improve.  It is a project with seemingly unrealistic aspirations and a scatter-gun approach to development.

But, however slow, expensive and over-scoped the development of Star Citizen has been, it is also truly awe-inspiring.  Despite having spent limited time with it so far, it has given me moments that eclipse those of many fully released games by big-name developers.  Knowing that there are several more of those moments in the game as it stands and thousands more to come is an exciting proposition.