Sony, please give us cross-platform play.  It’s 2018; the video game industry has evolved and we need you to help it evolve further.

That and I just want to be able to play with my friends.  Does that make me a bad person?

We need an end to the hostilities between gaming platforms.  You can still keep your exclusives (and, oh how I love them) but there’s no point in hanging onto old ideas for games that are not PS4-exclusives.

Rocket League, Minecraft, PUBG and Fortnite have all benefited from offering cross-platform experiences for PC, console and mobile players.  And yet, Sony, while you let me play with PC players sometimes, you refuse to let me play with my Xbox and Switch friends.  Why?

For a few glorious hours last year, I found myself on the battlefields of Fortnite playing with my Xbox One brethren.  Guides popped up left, right and centre with people desperate to exploit the flaw.  Even today there’s demand – there are still guides showing PS4 player how to by-pass Sony’s self-imposed restrictions.

We know it’s all you, Sony.  Back when the loop was officially closed on Fortnite, Microsoft directed the blame at you in a statement to Kotaku:

We know it’s possible.  We know the technology exists.  You’re just doing your best to block it. 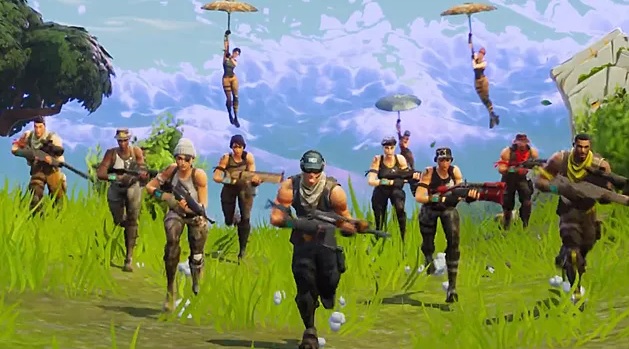 Is it because you’re a dominant force in the video game world and don’t feel that you need to offer your players (customers) the experience that your competitors are open to?  I know that there are more PlayStation 4 units out there than Xbox One units.  By blocking the Xbox One and Switch from interacting with the PS4, you’re trying to encourage gamers to choose the PlayStation 4 over your competitors, as you know they’ll likely have more friends using your platforms.

It just makes me sad that, as a loyal Sony customer, who always buys your systems – both handheld consoles and main consoles – you’re making the decision to block me from playing with my friends on other platforms.  The Nintendo Switch and the Xbox One are your competition and I get that, but ultimately, we’re all gamers who love the industry who would like nothing more than being able to play with each other.  Heck, I’d happily beat an Xbox One player at Rocket League for you.

Please, Sony, break down the boundaries.  Open up to cross-platform play.