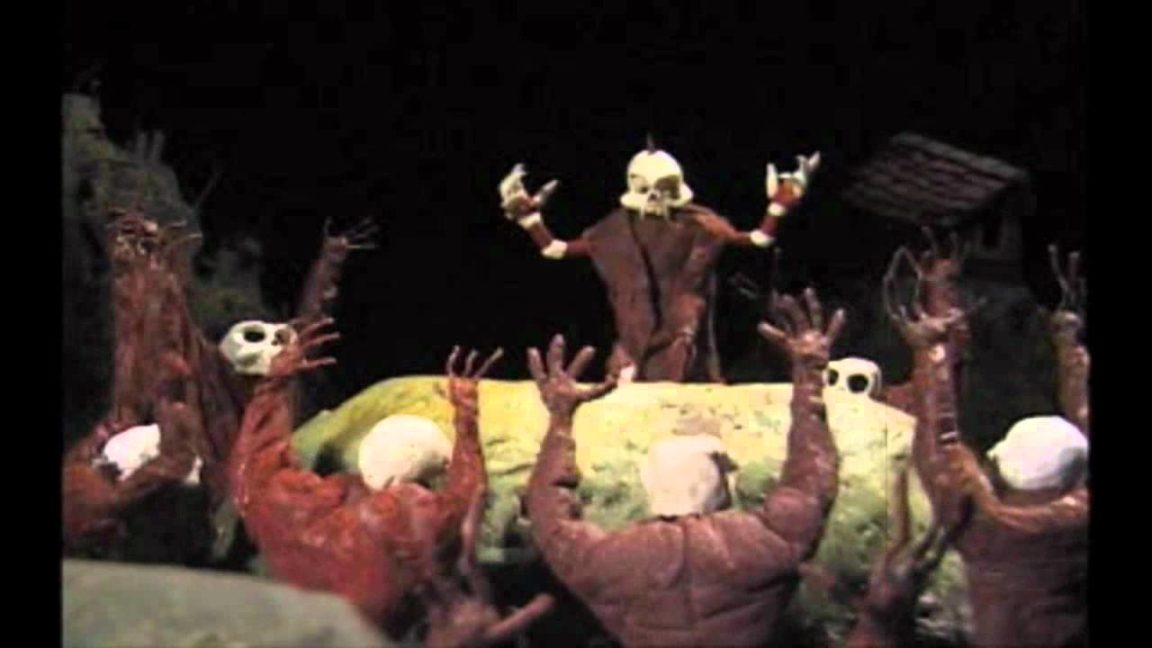 I’m sure many of you remember going to Blockbuster back in the day. Walking into the huge store and running straight to the video game section in hopes that your favorite game was available to check out. Whether it be a new release or an old favorite, blockbuster was the go-to place to try and keep up with what was hot in the video game world.

Like many kids, I had no money and trying to convince my parents to drop $60 on a video game was nearly impossible, so when it came time to rent something I had to be 100% sure of my selection beforehand because, you know, once you get home there is no going back, and you do not want to be stuck with a garbage game.

That feeling still haunts me.

When I was 9 years old I remember for some reason or another I was extremely excited to play the PSOne title Rascal, a 3D action platformer developed by Travelers Tale. As soon as I found out it was released, I dragged my dad to the local Blockbusters store in the hope that it was available, and wouldn’t you believe it, it was. I was ecstatic, my dad couldn’t help but be excited for me too.  We quickly checked it out and headed home. I ran to the TV, opened up my PSOne, tossed aside whatever game was in there and popped in Rascal.

Not five minutes into the game I knew I had made a mistake.  A horrible mistake.

Those of you who have played Rascal know exactly what I’m talking about.  The game is instantly bad. It was ugly to look at, the gameplay was confusing and boring, and most offensively, controlled worse than anything I had and have ever played.

I was shattered and devastated, not only by how disappointed I was that a game I was excited for sucked, but because I knew my weekend would be wasted on this abomination. My dad came to ask me how the game was but before I could answer him he saw the disappointment in my eyes, and in his heavy Israeli accent simply said “let’s go back”

My dad and I head back to the game section in Blockbuster only to find nothing there that piqued my interest. I didn’t want to take too much time because I knew my dad was tired so to not leave empty handed I picked up a random game called Skullmonkeys. I had never heard or seen anything about this game, I didn’t even know what type of game it was, but at that point, it didn’t matter. My dad asked if I was sure and of course I said “yes”.  I was not sure; I didn’t have a clue.

Little did I know I stumbled upon a hidden gem so amazing that even after 20 years, it remains one of my favorite games of all time.

The second that Skullmonkeys booted up, I was treated to a hysterical cinematic that introduced me to its ridiculous and wacky world. Developed by The Neverhood INC., Skullmonkeys cast the player as Klayman, a wonderfully silly oddball who must stop the evil Klogg from using enslaved skullmonkeys to destroy The Neverhood, Klayman and Klogg’s home planet.

Almost instantly I was captivated, I have never played a game that looked anything like this and even as a 9-year-old it was clear to me that this game was special. Although not the first of its kind, Skullmonkeys is a full-on claymation video game. Every character and environment was hand sculpted, with minor fingerprints and imperfections on all the models giving Skullmonkeys an insane amount of charm.  Every single frame oozed personality. The character designs were simple but expressive and goofy making it impossible not to fall in love with them, particularly the game’s hero, Klayman.

As soon as the main menu booted up I wasted no time hitting that X button and started my adventure. The game itself is an old school 2d platformer, a classic, simple and satisfying genre that at the time was surprisingly rare and the exact breath of fresh air my 9-year-old lungs needed. Right away the first thing I noticed was how excellently the game controlled. It was so fluid and fast – the complete opposite of Rascal. At the time I didn’t really understand the intricacy of creating a 3D platformer for that generation but it didn’t matter – Skullmonkeys simply felt so much better to play. Within no time I was hopping on baddies collecting clay orbs and jumping on moving platforms while dodging projectiles.

It became quickly apparent that Skyllmonkeys was hard as nails. The game starts simple enough but quickly ramps up its difficulty. It required my full attention as jump accuracy and a mastery of Klayman butt pound attack (that’s what it was called, I promise) were a must if I planned on progressing through its 90 levels. I, of course, was absolutely terrible at all this, but I never felt frustrated or annoyed – I just wanted to get back in and try again. It was all so endearing and inviting that it almost didn’t matter how difficult it was.

Hidden areas and secrets littered every level, so taking risks and pushing myself almost always resulted in some hidden treasure or some much-needed power-ups. Collecting power-ups was even sometimes even a necessity to pass the trickier moments of the game, so I was inclined to search every corner before proceeding.

Before Skullmonkeys, I was the type of gamer who pretty much-ignored collectables and coins and instead only focused on getting to the end of the level, but now I was so eager to try and collect every little trinket just in the hopes to uncover another secret. It changed how I was playing video games almost entirely.

The best part though had to be the amazing short Claymation cut scenes that progressed the story.  I can remember feeling so eager to try and reach the next one. They felt like the perfect reward for mastering many of the games gauntlets. These interstitials were hysterical. Each scene was so weird and chock full of slapstick humor, reminiscent of the old Tom and Jerry cartoons, which I loved.

Skullmonkeys can be stressful, to say the least, but thankfully while I consistently failed I was treated to one of the most unbelievable soundtracks in gaming history. I can not overstate enough how incredible the game’s music is; each track is so weird and compliments the oddity of Skullmonkeys world tremendously. The theme for the bonus level alone deserves an award for being the greatest bonus level song of all time. Trust me, play the game and listen for yourself.

Of course, the 9-year-old me barely scratched the surface of Skullmonkeys, But even as a kid it was undeniable how unique this game was. I think the farthest I have ever got was just past the iconic Joe-head-Joe boss (seriously look it up it’s so weird) before I would lose all my lives and have to start from the beginning. I didn’t care though, I was just so happy to mess around in this ridiculous clay world.

Sadly, after my 4-day rental was up I had to return the game and, even sadder I never found it in any local Blockbuster since. Ultimately, time got the best of me and I forgot about Skullmonkeys, forgot about its amazing world, and forgot about Klayman and his battle against Klogg to save the Neverhood. I guess that’s how it goes sometimes; it happens to the best of us.

But, memory is a funny thing.  One minute you forget something ever existed and the next minute, everything comes flooding back to you in a sea of nostalgia. In the words of the 1994 Pearl Jam song Nothingman, “he who forgets is destined to remember”

Nearly 15 years after that fateful Blockbuster rental, I found myself browsing random retro games on eBay (as one does) when all of a sudden I see a game that sparks something up within me. The box art was of a skull looking thing, pretty generic at a quick glance, but this feeling I had could not be ignored.

As soon as I clicked on that eBay listing, memories of that weekend came flooding back. How could I have forgotten about Skullmonkeys? All of a sudden I remembered how miserable I was when I rented Rascal, I remembered how my dad took me back to Blockbuster, I remembered choosing a random game I knew nothing about… I remembered Skullmonkeys and the way it made me feel. I quickly pulled out my credit card and made the easiest purchase of my life.

As soon as I popped that sucker in I was transported back to my 9-year-old self with not a care in the world. I didn’t have to pay rent, I didn’t have a gas bill; all I had to worry about was playing this game. The feeling of finally getting to play Skullmonkeys again after all these years was almost indescribable, and the best part is that it’s still an awesome game. Everything I remembered about it has remained true… for the most part at least. It’s still super difficult and no proper save feature is absurd, but ultimately it is all forgivable. The platforming is as fluid and fun as I remembered and I found myself laughing at the awesome claymation cut scenes and falling in love with Klayman all over again.

I, like many of you reading this, use video games for more than their practical use. They are not just interactive digital entertainment, but instead time machines that transport us to meaningful moments in our lives. I couldn’t be happier to be in possession of a piece of my childhood, something physical that I could share with my kid.

Now imagine how excited I was when I discovered that Skullmonkeys, one of my favorite games of all time, is in fact… a sequel.