This is an open letter to Sony asking them, no, pleading with them to listen to their players – their customers – and give us cross-platform play.

(And by that, I mean cross-console play.)

A month or so ago, I touched on the subject with a similar open letter, but following E3 the situation has got even more embarrassing. I’ve tried to let it go in the time since but…well, I just can’t.

Seriously, you have Microsoft and Nintendo working together to mock you and those who own PlayStation 4 – players like me – for your lack of ambition to break down the barriers that have existed since online cross-platform gaming became a possibility.  I know you saw the Nintendo video advertising the cross-platform play that our Xbox One and Nintendo Switch counterparts are enjoying but, if you missed it, here’s an image that sums it all up: 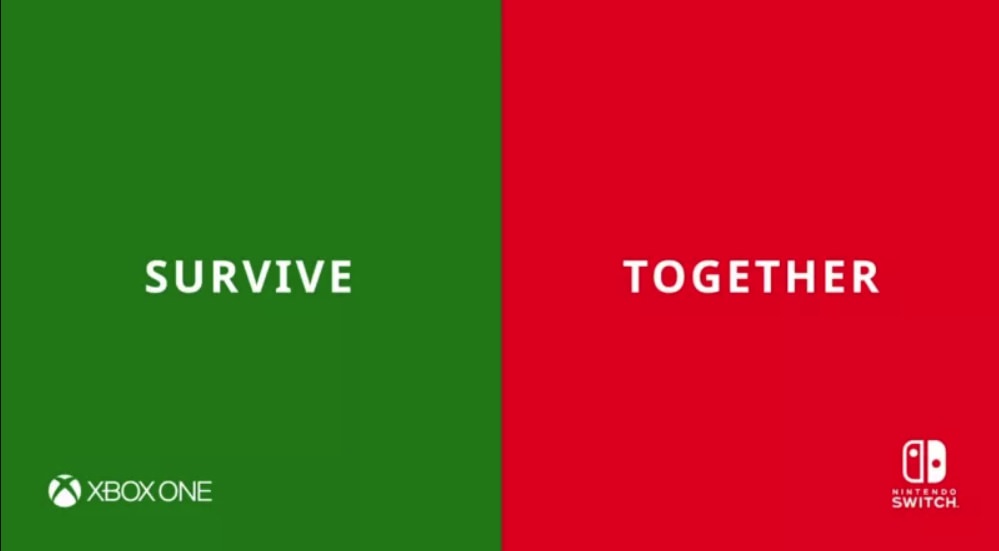 Sony, can I please just stress, the only reason the Xbox One and the Switch are promoting it is because it is something that their platforms offer that yours does not.  It’s all they have, but it shows a willingness to listen to customers that you don’t have.

PlayStation 4 players have the better exclusives and the larger player-base and the only advantage that your competitors have (other than Mario – I’ll let you have that Nintendo), is that they are open-minded about letting their players play with others, irrespective of platform.

Sony, you were actually one of the earliest supporters of cross-play; you were quick out of the gate to allow PlayStation 3 players to play with PC gamers, so your decision to block cross-platform play with our console brethren just blows my mind.

Like millions of other PlayStation 4 owners, I just want to be able to play with my friends who own other consoles that can play the exact same games.  Does that make me a bad person?  Does that make me unreasonable?  I don’t think so.

It’s possible.  We all know it’s possible – heck, it’s already happened on the PS4 when Epic did it by accident with Fortnite before you shut it down.

I get that it’s a big decision; by allowing it in Fortnite and Rocket League (which is where the majority of the current pressure exists) you would open the door for FIFA, Call of Duty, Battlefield, and any other online game. Once the floodgates are open, they’re open forever…but, is that such a bad thing?  Really?

But by not enabling true cross-platform play by allowing cross-console functionality, all you’re doing is giving us, your player-base, customers, your fans, the incentive to buy other consoles or upgrade our PCs and laptops to play with others, and when that happens you risk us being exposed to titles on other platforms and losing us to them forever.

Sony, you make brilliant exclusive games and fantastic hardware, but this is not a battle that you need to win, nor is it a battle that you should win, because winning means you’ve denied your players something that they deserve.

Please, break down the boundaries and open up to cross-platform play so that the video game industry can finally put this segmented chapter behind us and allow some real battles to take place between team Sony, Team Microsoft and Team Nintendo.  All you have to do is let it happen.