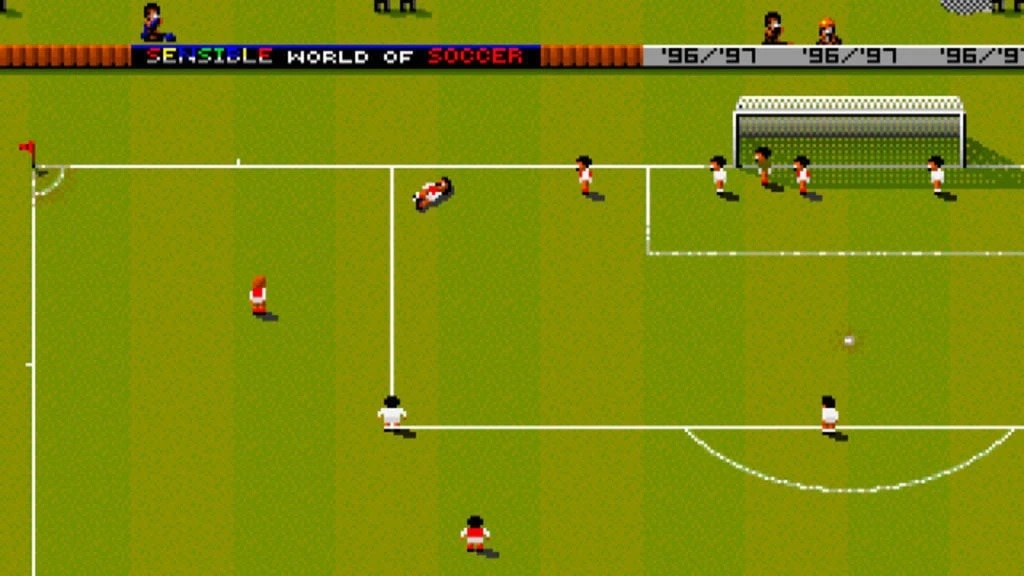 BY LUKE MARSHALL: Growing up I always loved editing characters in video games, whether it be adding the cast of Friends to the warzone that was Worms 2 or putting myself at front centre for the Vancouver Canucks on NHL 97.

Back in the ’90s, in-game editing was incredibly limited, with a cartridge memory cap there was only so much you actually could do. Yet my childhood imagination knew no bounds, simply allowing me to edit a name was enough to create a whole new world in my head.

This is a story of friendship, editing and the infinite possibilities of a child’s mind. This is what happens when you allow your imagination to take over.

It all began in 1996. Football fever had taken over the country with England hosting the European Championships and the Macarena was the number one selling single across the globe. It was also the year I met my childhood best friend and discovered Sensible Soccer.  I was nine years old.

Before I met my new found friend, I wasn’t really interested in the sport at all, but in an effort to keep up with him, it became my new obsession. From avidly collecting the Merlin Premier League stickers to a weekly subscription to Match magazine, I was all in.

He owned a Sega Mega Drive and introduced me to the likes of Streets of Rage, Golden Axe and, of course, Sensible Soccer.

Sensible’s gameplay was fast and responsive but most of all it was fun. It was incredibly accessible and easy to pick up compared to other footballing titles of the time. Due to its simplicity, Sensi was loved by a wide range of gamers, not just football fans. You didn’t need to know a thing about the sport to play, just which direction you were kicking the ball.

Sensible Soccer played a huge part in my upbringing; it was more than just a video game to the kids on my estate. It was something that brought us all together, it created a community. Whilst it was universally loved title, with a passionate fan base that still exists to this day, I’ve never met another who went to the lengths that we did as kids.

Originally released in 1992, the game was already four years old when I discovered it. Like most footballing titles, it featured popular national and club teams from around the world. Yet there was another section entitled Custom Teams, which was quite literally in a league of its own.

Almost every club under this section was completely made up and utterly bizarre. You had team names such as Dog Wednesday where all the players were different breeds of canine or The Big Band where each person was a musical instrument. There were football clubs such as Clothes City, Toolbox FC and Crisp Flavours, each one as crazy as the next and we loved it.

It was here in Custom Teams where we created our own personal clubs via the editor and the lore of Sensible Soccer really began for us. 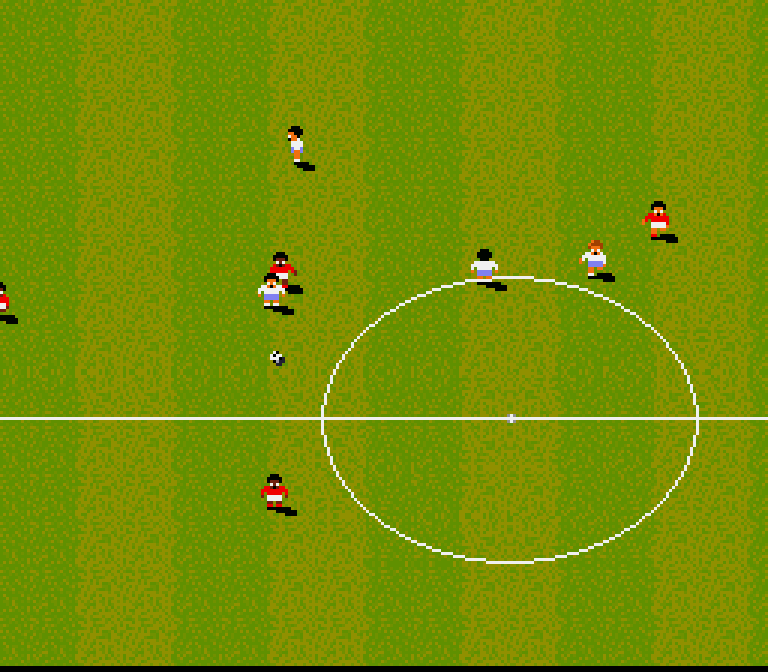 One by one, the kids of the estate got drawn into the world of Sensible Soccer and over the next few years, around twelve to thirteen kids formed their own teams and participated regularly. Our squads would occasionally feature a few of the current footballing superstars of the time such as David Beckham, Benito Carbone and Juninho but more often than not the players were completely made-up. We’d have players named after kitchen utensils, childhood teddies and even biscuits. It made no sense to anyone except us and we found it hilarious.

The Mega Drive version of Sensible had its limitations. Whilst the editor allowed changes to club and player names as well as the colours of the team kit, that was pretty much it.

The game had no transfer system or leaderboards for top goal scorers. So we took it upon ourselves to add a little flavor and create our own. We established paper based transfer lists and an actual club-by-club finance system to make it all fair. Deals were sealed with a handshake and even player medicals took place with the outcome decided by a coin toss (a Sunny Delight bottle cap to be precise).

We kept our own records of top goal scorers and dreamt up our own sponsorship deals for our kits, we even named our own club captains and stadiums. I literally have notepads in my parents’ attic filled cover to cover with squad listings, shirt designs and even a club shop price list!

The cult of Sensible was real and the most hardcore of us even created handmade match day programs on twice folded A4 paper, featuring fictional interviews, match reports and squad line ups.

Many of you reading this may have played Sensible World of Soccer (Amiga, PC) in which many of the aspects we created were already present and accessible. Sadly, we didn’t even know this title existed, it was 1996 and maybe only one or two of us even owned a PC, whereas every kid owned either a Mega Drive or SNES.

The school yard became a marketplace full of wheeling and dealing, a hotbed of transfer rumours. So much so, that discussion of Sensible Soccer was at one point banned by our school teacher in Year 6.

What I loved about the game was that it captured the imagination of every child playing it. We were no longer just editing clubs on a video game, these teams were a part of us and the passion and dedication displayed by everyone involved was nothing short of magical.

All this culminated in local leagues and tournaments that took place in my parents’ conservatory, the social hub for all my friends and I to hang out. It may be nostalgia fogging up my memory but I still remember one Sensible Soccer cup final taking place where fifteen or sixteen kids crammed in to watch. Adam United F.C. faced off against Brooksy Town, the atmosphere was electric and our cheers could apparently be heard ringing out throughout the estate in what was the greatest game of video game football I’ve ever seen. Matching anything I’ve ever witnessed whilst watching real life sport with a group of mates.

As the years went by, consoles and gaming evolved, yet we never left Sensible Soccer behind. Whilst newer titles existed such as the FIFA, Actua and ISS series utilising the latest in 3D graphics, nothing captured the heart and simplicity of Sensible Soccer.

When we started we must have been around 9-10 years old, we were 15-16 before it finally started to fizzle out. Friendship groups grew apart and people moved on to sixth form, employment or generally just on with their own lives. Yet sporadically a few of us would get together and still play the beautiful game, with tournaments being held here and there to this day.

It may seem silly to some, a grown man writing about a game and team he created over twenty years ago, yet it’s more than that to me. My club was named Luke United, and it was something I alone created, something that grew up alongside me during those awkward childhood years, changing as much as I did. 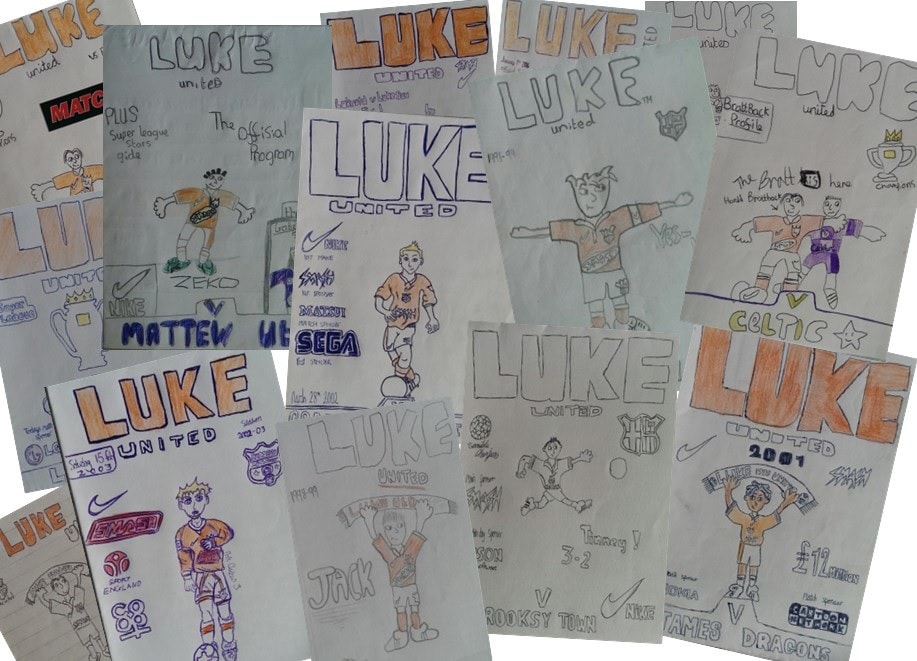 Technically every single player on the team was the same as they had no individual stats.  The players were only as good as the person controlling them. Deep down I think we all realized this early on but it didn’t stop us having our favourites and creating legends. For me each player was unique, each had their own personality and skills, they were more than just a few pixels thrown together in 16 bit.

The game was a real escape for me, if I’d had a tough day at school or fallen out with a friend, I could just pop in Sensible Soccer and disappear to another world.

In real life I was nothing as special as a footballer…yet on Sensible Soccer I was the star striker of the second best team in the world. It made me feel important organising tournaments and games, it also made me feel popular to have so many friends visit me so regularly, even if it was just because my parents were the only ones to let so many kids inside the house.

I for one, never really let go of Sensible Soccer and I’m not sure I ever want to. Over the years I became something of an archivist for our Sensible Soccer journey. I still have all those handmade programmes and squad lists in my parents’ attic (spanning over 20 years) and I’d be lying if I said every now and again I don’t get tempted to pick up a pen and create another one.

I worry sometimes that I can’t remember what I had for breakfast yet I can still remember the entire James Wednesday squad from over two decades ago (and they’re not even my team!).

Sensible Soccer was my childhood and even though I no longer see many of the faces that once graced my parents’ conservatory, I’ll always feel connected to them through it. Everyone of us was passionate about the game but there were few who took it to heart as much my best friend and I.

It’s hard to put into words what that game became with a little bit of ingenuity and imagination, a testament to the power that childhood holds. We didn’t just create a community, but a whole imaginary world, it was our very own sports-based Dungeons and Dragons.

It was something uniquely special that can never really be recreated once those childhood days pass, as much as I try by editing my team on to the latest versions of Pro Evolution Soccer. Sensible Soccer’s simple editing feature allowed it to ascend to a level that was so much more than just a video game. To me, it will always be a title full of great memories, long lost friends and pure imagination.

If you ever happened to play Sensible Soccer or were an avid editor of the 16 bit generation, I hope this brings back some memories and who knows; maybe we weren’t the only ones to go the extra mile for the beautiful game.