Toxicity in gaming seems to be a hot topic, but what about the good guys?  The friendly players?  The gamers that are just in it to have a good time, maybe helping a player or two along the way?

They’re often overlooked, but I’d argue that they deserve rewarded every bit as the toxic players deserve punishing.

Video games earned a reputation for foul-mouthed kids boasting about their escapades with mothers worldwide several years ago now.  It has evolved well beyond occasionally bumping into a douche or two, and now seems to be something that some video game communities are known for above all else.

Take League of Legends for example; the LoL community is infamous for being very unforgiving and downright toxic.  If you’re an adult gamer looking for a MOBA that you can suck at but still have fun, steer clear – you’ll come away wanting to kill yourself thanks to all of the messages, well, telling you to go to kill yourself.  Fun, right?

Counter-Strike: Global Offensive, World of Tanks and even Minecraft are cesspits of hate at times.  It’s a shame.  And the only defence that regular players have is perhaps a report button that probably does something other than make us feel better.  Maybe. 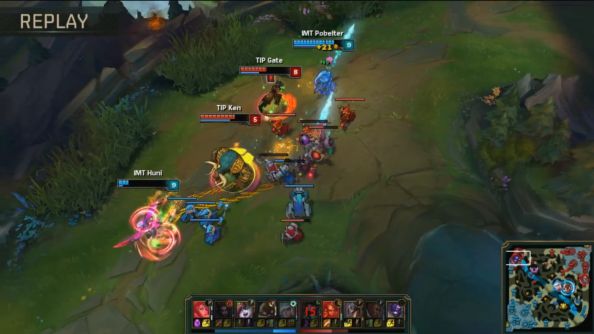 But, what about the players who deserve being identified for being, y’know, nice?  For being patient, helping new players, or just generally not being a hateful prick?  The players who may not have already reached the maximum level, but are still fun to play with and are an asset to the community of the game that they spend their time playing?

More online games need to reward these players.  They deserve it.

It would be great if alongside the report button there was a button to “thank” or “like” or something similar.  Those players that receive a lot of these good reports could be rewarded with anything from an in-game title, an XP boost or even just a cool looking hat.  (What?  Cool looking hats are awesome!)

Overwatch is trying it with their endorsement system and while there are claims that people are being nice just to game the system…isn’t that a good thing?  I couldn’t care less if a player is being friendly just to get me to click a button to give him a small perk if it means that I don’t need to listen to yet another way that I can kill myself, slowly, for not being in same skill level as the top 10 players in the world.

At the end of the day, we all play video games because we want to have fun.  Whether you’re an adult gamer trying to unwind after a long day at work or a kid taking a break from whatever kids do these days, video games should be a break from the crap that we have to put up with in the real world.  Having more mechanics in place to encourage the toxic gamers to change their ways – even if it’s fake – would be welcome in every online video game.