Confession time: I’m a grown man who bought a 2DS solely to play Pokemon Sun – and I didn’t even play Pokemon Go to reignite the fire.

Pokemon was all the rage when I was in high school.  From 12 years old, my friends and I would argue about who had the best Pokemon; we’d see who remembered the most about the stats and backstory behind every element of the Pokemon Universe.  And somehow, we weren’t bullied.

I remember trying to figure out whether Daniel was lying about catching Mew under a truck (then conveniently releasing it “accidentally” before we could see it).  Oh, the hours I wasted next to that truck…

I’ve written about my love for Pokemon Blue, but I was enamoured with Pokemon Gold too. 251 Pokemon was more than enough for my little brain to be consumed with, and I played it to death.  I couldn’t get enough of Pokemon games at that point. 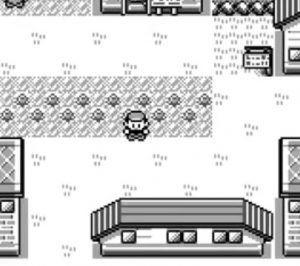 After that, things got a little shaky. Years later, I played Pokemon Emerald on an emulator with a speed cheat, allowing me to power-walk and complete battles in a blink of the eye. This ruined the experience and I ended up dropping off of the Pokemon map.

I’d always wanted to play the more recent games, but I could never justify buying a console just to play one game, even if it was a game that defined my childhood.  The DS passed me by and so did the 3DS, no matter how awesome it looked.

Then came Pokemon Go, which seemed to take over the video game industry.  I couldn’t even play it because my Blackberry Z10 isn’t compatible (I’m broke, and it was a freebie – don’t judge).

Admittedly, Pokemon X and Y almost broke me and had me handing my money over.  It was a close call; they showed me that the series had finally started to catch up with my childhood imagination, but I decided against it.  I felt intimidated by the sheer number of Pokemon and also a little ashamed to return to the franchise as an almost-thirty-year-old.

Now I am over thirty and…well, Pokemon Sun/Moon were too much for me to resist. They have taken the Pokemon world to a whole new level, and the graphics are what I’d always wanted them to be.  Over 800 Pokemon seems a bit ridiculous and I’m not sure what I think about not having gym leaders, but just returning to the world of Pokemon is a priceless feeling.

And I regret nothing.