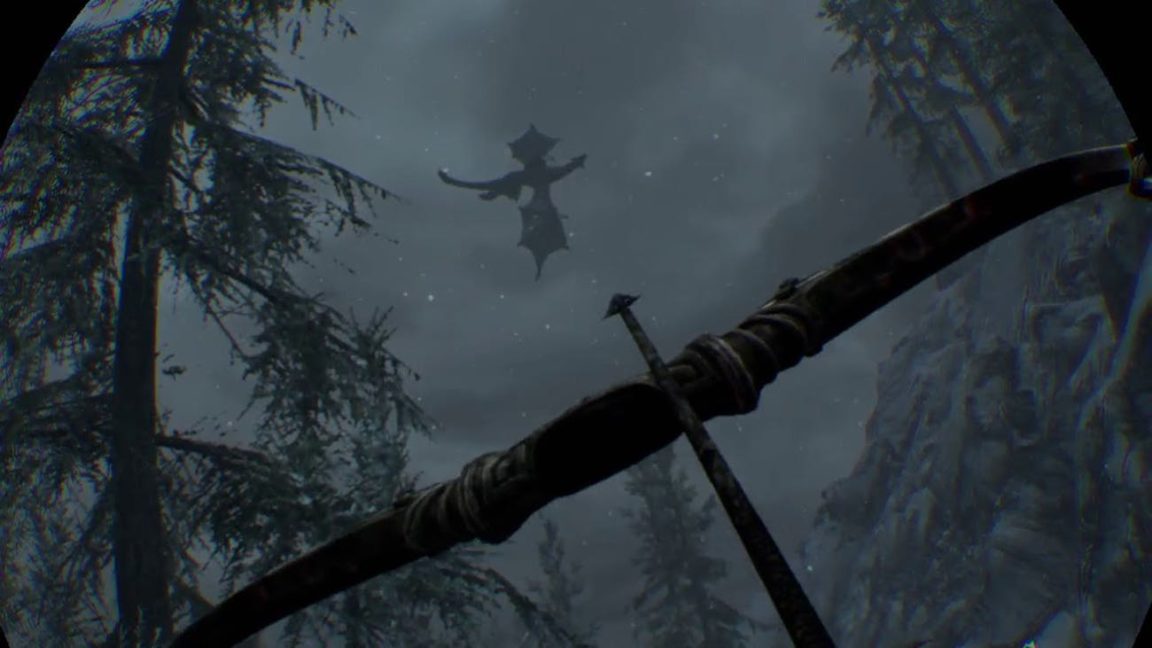 BY SAMANTHA RENSEL: Despite the controversy surrounding Fallout 76’s launch and the lack of information regarding The Elder Scrolls VI, Fallout 4 and Skyrim continue to be popular titles, and two that you should consider returning to this festive period.

A casual glance at YouTube and Twitch shows that the interest in Bethesda’s previous games continues to simmer.  It doesn’t take much speculation to tie down one of the fundamental reasons for this.

The modding communities of these two Bethesda titles are some of the biggest and most passionate communities I’ve ever come across. There are over 62,000 mods for Skyrim on NexusMods and that isn’t including Skyrim Special Edition (Skyrim SE) which has its own category. Fallout 4 has over 31,000.

Within Nexus someone can find a mod that changes something as simple as a re-texture of a sword or gun to DLC sized mods that adds even more content to the games. I know I can personally say I’ve spent hours on Nexus going through both Skyrim and Fallout 4 mods looking for certain things to make my games more appealing.

Have you ever wanted Dogmeat to be a bathtub? It exists. Do you want a curvy Argonian that rivals The Lusty Argonian Maid? There are mods for that. From those that want more lore-friendly aesthetics to those who want mudcrabs that sound like Gordon Ramsey, there are mods to make any gamer excited about these older titles. 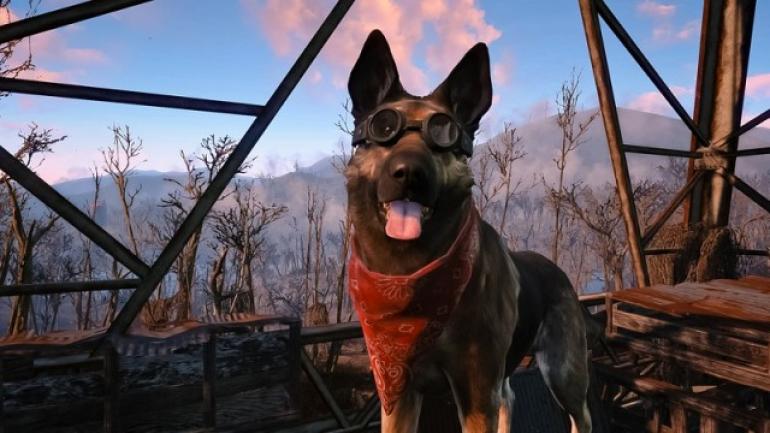 Mods used to be a thing that only PC gamers could enjoy though. However, within the last few years, mods have become available to those who play on consoles. Both the Xbox One and Playstation 4 have mod support for various games. The only reason you might want to mod on PC instead of console is the fact that consoles are limited in the amount of mods you can have.

Bethesda realized just how popular modding their games was and launched the Creation Club for both Skyrim and Fallout 4. The Creation Club (CC) contains paid mods that are exclusive to CC only. These cannot be found on Nexus though sometimes variations do show up eventually on the popular mod website.

Mods have significantly increased not just the lifespan of Skyrim and Fallout 4, but also the potential audience for YouTube creators and streamers.  Looking at the statistics on Twitch of both Skyrim and Fallout 4, Skyrim, on a 30 day average, has an average of 577 viewers and 72 channels streaming the game according to SullyGnome. Now while these numbers may seem low compared to something like Fortnite or Apex Legends, you have to remember that Skyrim is a single-player RPG.

Fallout 4, on the other hand, has 246 average viewers and 46 channels streaming the game over a 30 day period. Again, these numbers may seem small but again, we are talking about a single-player RPG.

There are people who choose to go and watch Skyrim and Fallout 4 streams, making it a great niche for gamers to get involved with. One of the most asked questions in these streams are “what mods are you using?” This question is so popular that most streamers will have a command in their chat bot that posts a link for the curious viewers.

People are curious about what others have done to mods their games. They want to see how a streamer’s game might differ from their own. Maybe they wanted to know about a particular mod before they downloaded it.

There is something about going into a stream and seeing Whiterun overflowing with greenery and the merchants have enough coin to make a Khajiit drool. It’s mesmerizing to some to watch a streamer show off their fully rebuilt Sanctuary Hills from using Sim Settlements.

Viewers also enjoy watching streamers suffer from added combat mods that make the games harder than they have any right to be. There are mods that take Fallout 4’s Survival Mode to a whole new level. Skyrim even got its own version of Survival thanks to the modding community. 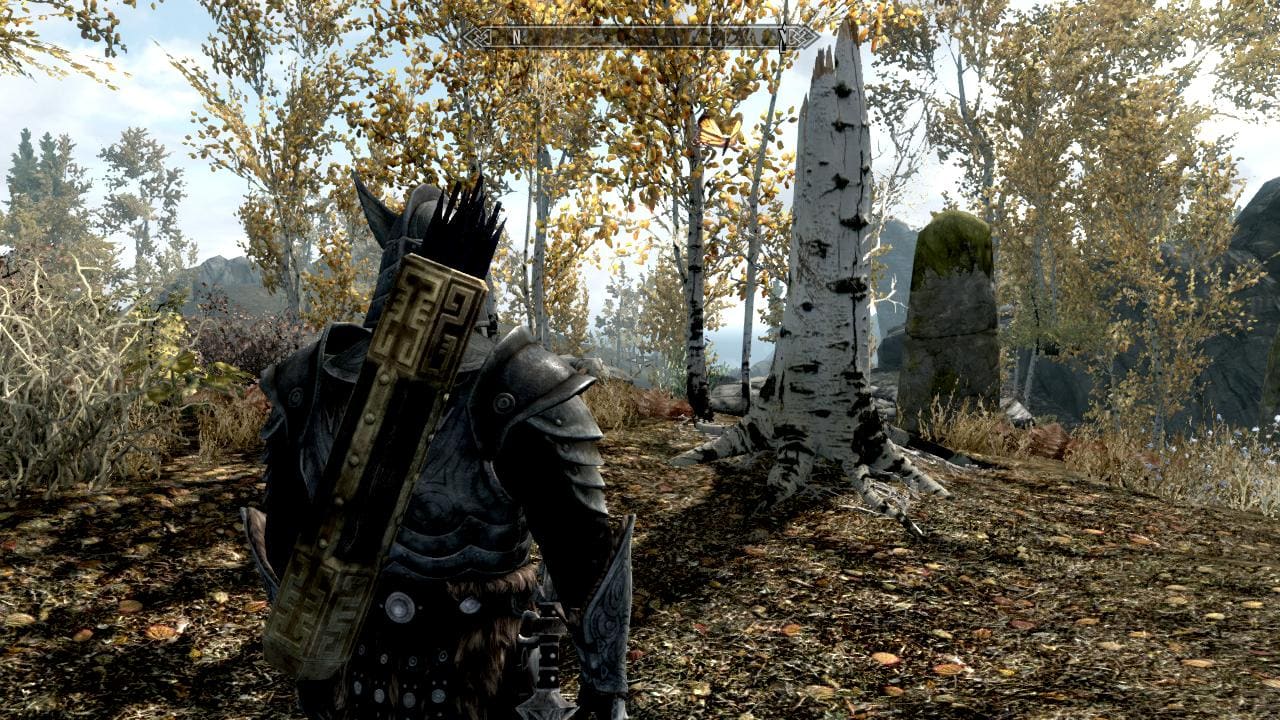 Streamers also get to show off their personality with mods. I’ve seen some who are hardcore dedicated to making their characters look perfect. Others spend hours remaking the worlds with retextures and ENBs. Then there are those that turn these games into meme runs where Thomas the Tank Engine replace the dragons in Skyrim and everyone in Fallout 4 now look like anime characters.

Mods open up a world of opportunity.

That opportunity is something that keeps these games alive. Some mods are looking to breathe life into the even older Bethesda titles. There are projects that are looking to bring Oblivion and Morrowind back to life in Skyrim’s engine. Rumors have been circulating about both Fallout 3 and a small Fallout New Vegas “remake” being ported into Fallout 4’s engine. Fallout 4 also has a project titled Fallout Miami that is in the works as well.

Not only that, mods can give players the option to be whatever they want within the games. Don’t want to be the Sole Survivor? You don’t have to. With alternate Start Me Up mods, you could be a NCR Ranger who has made their way to the Commonwealth. You only want to be a thief with the Thieves’ Guild? Then start your life as a Thieves’ Guild initiate.

The possibilities with mods are endless in these two Bethesda titles. It keeps their fanbase alive and well these days. Even with all the bad PR Bethesda has received recently, the fanbase still looks forward to cracking open an ice cold Nuka Cola and nomming on a sweet roll while watching their favorite streamer play their version of these games. Hell some of them are even modding their own games just to make that 100th playthrough something a bit more special.

So if you’re interested in returning to these classic titles over the Christmas period and want to see some mods in action before dusting them off for yourself, watch some streams or catch-up on some YouTube videos to see the best ones to install.  It will take your experience to a whole new level.