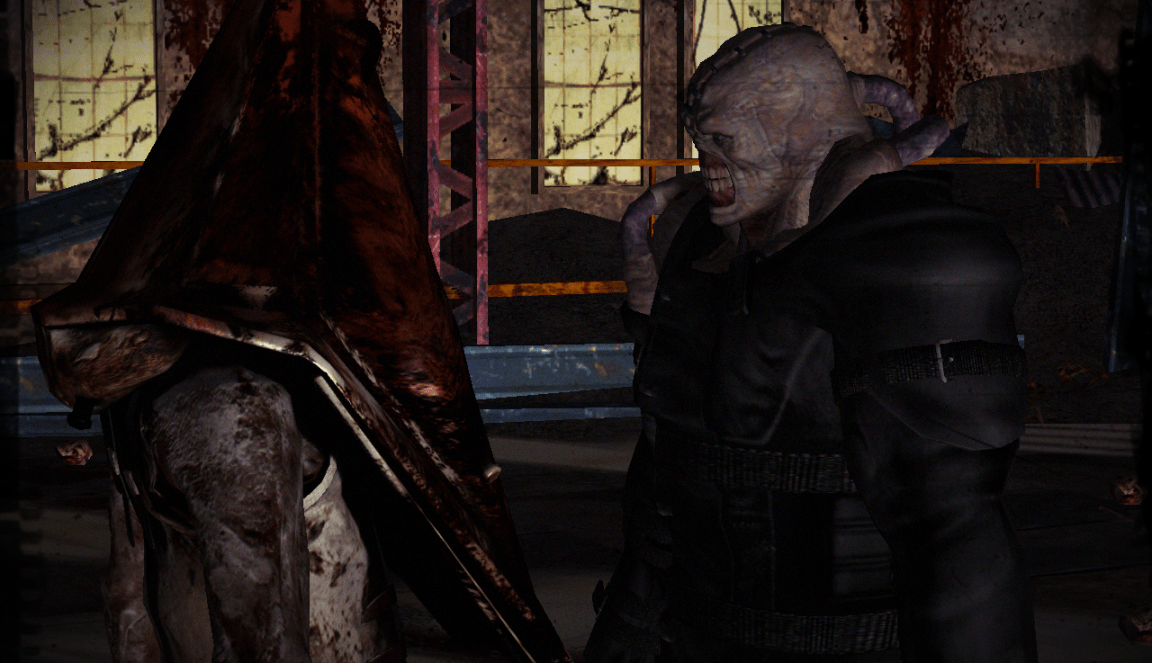 Horror games give an unmatched experience.  No other genre compares to the tension of barricading yourself in a dark room, headset on, ready to be hunted and fight through a nightmare world of hellish monsters… Pure bliss.

My teenage years took place in the 1990s, a troubled time. A decade of fierce pop culture feuds that dictated friendships, relationships and more. There was a lot going on; Pokemon vs Digimon, Nintendo vs Playstation, Oasis vs Blur. But for me, there was only one rivalry that mattered: Resident Evil vs Silent Hill.


The choice split me in two like a mushy zombie under Pyramid Head’s Great Knife. I loved both series to torn-bloody pieces. How could I possibly pledge undying allegiance to just one franchise? I’d rather be ripped apart by zombified dogs. 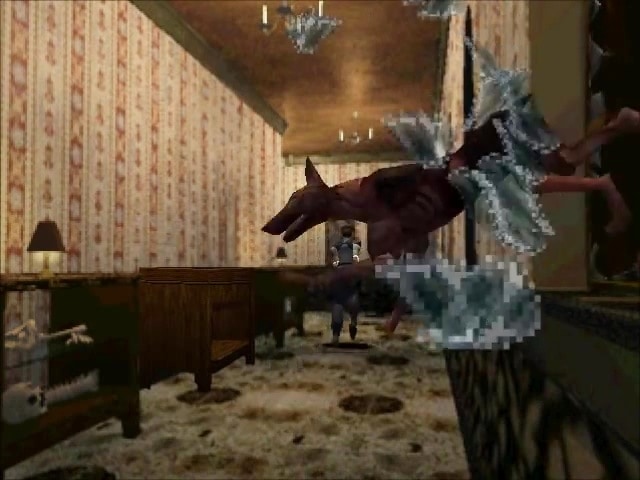 Which game series is the best?  I couldn’t decide in the ’90s and I still can’t decide now. Through the lense of hindsight and nostalgia we only see what we want to see, but with time comes wisdom. I think I’ve finally found the three medallions that unlock this particular door of debate inside myself.

My opinions have definitely shifted over the years. At the start of this fight for my heart, Resident Evil delivered a hefty shotgun blast of amazing zombie mashing action, Silent Hill on the other hand simply slid a sharp dagger of psychological dread into my back and left it there to fester.

The two franchises are chalk and cheese, or Jason Vorhees and Freddy Kruger if you prefer, which I do. Jason and Freddy may have some stuff in common, like a fondness for bladed instruments and massacring naive teens, but they are certainly not the same beast.

Resident Evil and Silent Hill are similarly not the same beasts at all. Silent Hill is Freddy, living in your mind, turning your own fears and insecurities against you. A shrouded ever-present threat just out of reach but watching your every move, waiting.

Resident Evil is Jason, a hulking mass of grotesque flesh relentlessly coming at you in the real world. You can blast him to pieces, set him on fire but he’s gonna keep coming at you and you’re never ready.

They provide two very different types of terror, both equally scary, but somehow uncomparable in the safe light of day.

Let’s talk highlights.  For me they have to be the obvious choices: Resident Evil 4 and Silent Hill 2. Both of these titles go above and beyond what came before, gained critical and commercial success, and changed the face of horror games forever.

I don’t think I have played any game as much as Resi4. At this point, maybe an entire week of my life has been swallowed by the hungry zombies in that infected little Spanish town. I’d do it again, I tell you, just put that pad in my hand. 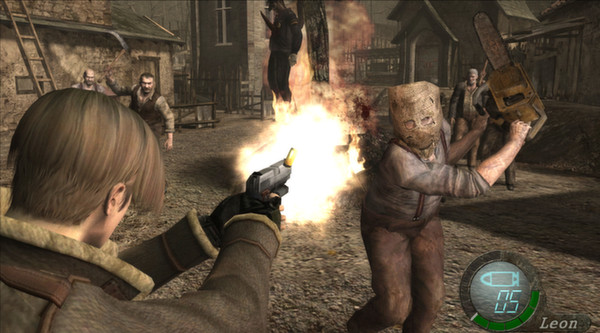 What’s not to love about Resident Evil 4? The storyline is outlandishly brilliant, the gameplay is revolutionary, the atmosphere and game design is impeccable. I have a glowing vulnerable spot for the weapons and upgrade system in this game. Firstly, for a Resi game there’s loads of guns, three different shotguns to choose from, someone really knows how to make a man moist!

And the upgrade system is fantastic. Fully upgrading a weapon will unlock a super upgrade, turning every weapon into a dastardly zombie smashing tool of the highest order. I can still sometimes hear the crack of a fully upgraded Red9 pistol in the quiet hours of a dark night.

It may be a controversial opinion but I also think the zombies in Resi4 are the best in the whole franchise. I know what the die hard fans will say, “Err actually they aren’t zombies, they are Ganados and are infected with a Las Plagas parasite”, and, yeah well, this is Resident Evil and they are zombies, don’t @ me please.

What makes Resi4’s “zombies” so good is the fact they aren’t just standard walking flesh bag zombies. They are now faster, can climb ladders, stab with a pitch fork or hurl a cleaver at faces. None of these additions make me feel warm and fuzzy inside, They do however fill me with a new found fear. Gone are the days of dodging around a shambling rot bag to safety.

Even while putting these infected folk down, I don’t feel safe. You’re there, Red9 in hand, Leon’s hair on fleek, popping rounds into a lone ganado, waiting for that satisfying splurt of total head annihilation. The Red9 gives another crack and skull fragments fly through the air but… what the f**k is that?  Ahh god, Something from John Carpenter’s The Thing just climbed out it’s neck hole! Quick turn Leon! Quick turn!

I must admit, the finer points and subtle psychological terrors of Silent Hill 2 were lost on my naive teenage grey matter when I was younger. It wasn’t until the HD collection came around and I played it again as an adult gamer (with all the baggage that comes with), that I fully felt the true impact of the incredible story at the heart of the game. Silent Hill 2 scared me on two completely different levels with more than a decade separating the scares. Even before I could comprehend the harsh realities of James Sunderland’s ill-fated journey through that foggy town to find his beloved Mary, I was terrified of Silent Hill 2. Every enemy in that game is a Clive Barker-esque nightmare of unsettling menace.

Pyramid Head is easily one of the most iconic and disturbing figures in horror gaming. He legitimately stalked my dreams for about a month. A couple of times I awoke and mistook the angled side of my wardrobe to be his metal head looming over me. This was less than ideal.  In retrospect I think the thing that really terrified me about Pyramid Head, and I’m sure I’m not alone on this, was sheer confusion. Who was he? What was he? How could he even see well enough through that thing to chase me? It had no eye holes, the only hole is on the side! Thinking about that hurts my brain before he even starts swinging his big chopper around.

My terror at facing him that first time, I was so scared I didn’t even try to fight him. Run around in circles panicking, that’s my game! Lucky for me that was a valid tactic in that first encounter with Ol’ Slanty Head.

The atmosphere of Silent Hill 2 is fantastically poisonous.  It just oozes dread and menace until you are soaked in your own tense sweat. Desperate to escape the hellish world but scared of what you will unearth along the way. I fell in love with the game immediately.

But let’s turn the fanboy dial down for a minute.  Mistakes have been made along the way and some entries in the Resident Evil and Silent Hill hurt to think about. I can’t ignore them, as much as I’d like to.

I’m just going to say this one quickly like pulling off a plaster: Resident Evil 6 cut a scar through me almost like no other. I don’t need to explain why it’s bad. Playing the game would be all the proof you ever need. I was so disappointed by this title that I stopped gaming entirely for around 6 months. Wounds need time to heal. 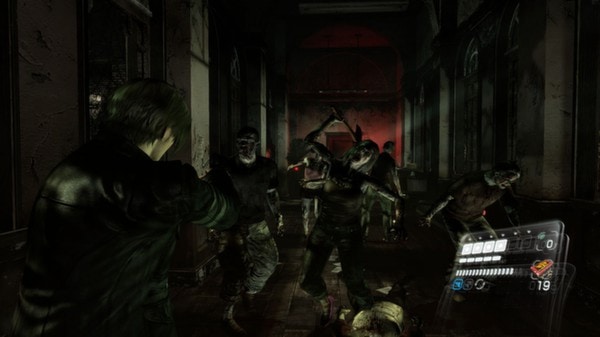 Coming in at a close second is of course Silent Hills. True not really the fault of the game itself, more a casualty of the game development process. But what a casualty that was! My heart weeps for the loss of that game, the potential it had was amazing. My brain however is quietly thankful to not have to endure a full game at that state of psychological terror. 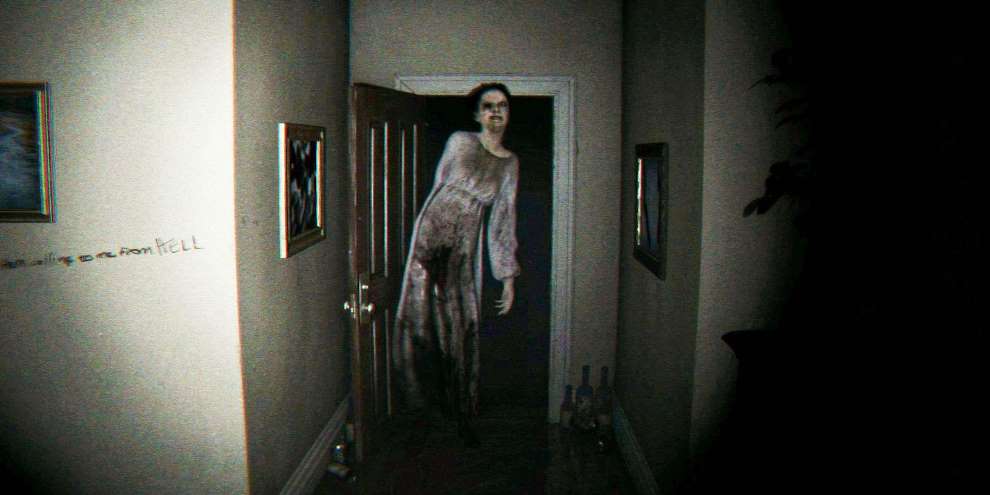 And let’s not get started on the pitiful rail shooters or lacklustre entries fielded by both franchises. As you get older you start to realise, you can’t shine bright every day.

I’m still hopeful for the future. Resident Evil has been back on form and clutching my nostalgia glands with a cold dead hand in recent years. And there might still be hope for Silent Hills, I just need to convince the nice Nigerian prince I’ve been talking to through email to lend me the money to get it finished.  Fingers crossed people.

I’m sorry if you were expecting some form of comprehensive dissection of these two franchises with a nice logical conclusion, that’s not what this is. This is a fanboy spilling his guts on a subject he loves. I have no real pearls of wisdom, but I have come to one inescapable realisation.

For me to choose between these games would be like choosing between water and oxygen. I need them both or I will die. So really, there is no choice to be made at all. All I can really say is, long live the zombies!