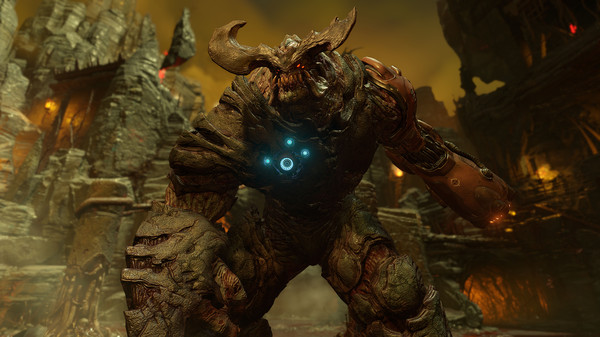 Doom VFR and Fallout 4 VR were both announced at E3 2017.  Some have lambasted Bethesda for the move but I think it’s actually genius.

VR is incredible.  I finally got to spend a few hours with it recently and it blew my mind.  The problem with VR is that it lacks any truly great games – most of the games I’ve seen so far seems to be more of a proof of concept than delivering an unrivaled gaming experience.

Bethesda’s announcement that Doom VFR and Fallout 4 VR are on their way to the platform filled me with hope.  I mean, check out these videos:

This is not recycling “old” games; it is providing genuinely compelling reasons to own a VR headset.

If you asked me what games would make VR a must-buy, I’d say:

Well, what better game is there like Fallout 4 than the real thing?  Actually standing on the radioactive dirt of the Commonwealth wasteland with my trusty dog by myself sounds incredible; it’s a world that deserves the immersion that only VR can provide.

Doom VFR is slightly different; it will be a standalone video game set in the UAC Facility on Mars.  Quite how deep the experience will be remains to be seen, but if it can even come close to the experience offered by Doom it will be worth the price of purchase.

What VR desperately needs is some truly quality games.  No more “this is what VR could do” but “this is VR at its finest.”

Fallout 4 VR will set the bar for all future VR games.  It has an expansive world that will be all the more immersive with a VR headset.  It has a well-written storyline.  It has side-quests for days (read: months).  And, it’s pretty nice to look at too.

All video games released for VR after Fallout 4 VR will be held to a different standard than those that came before.  The bar will be set so much higher; video game developers creating titles for the platform will no longer be able to hide behind the “gimmick” that VR can sometimes be looked at as.

Regardless of whether Fallout 4 is a title that has previously been released, it is a great game that will do VR justice, and it’s a game that VR desperately needs.