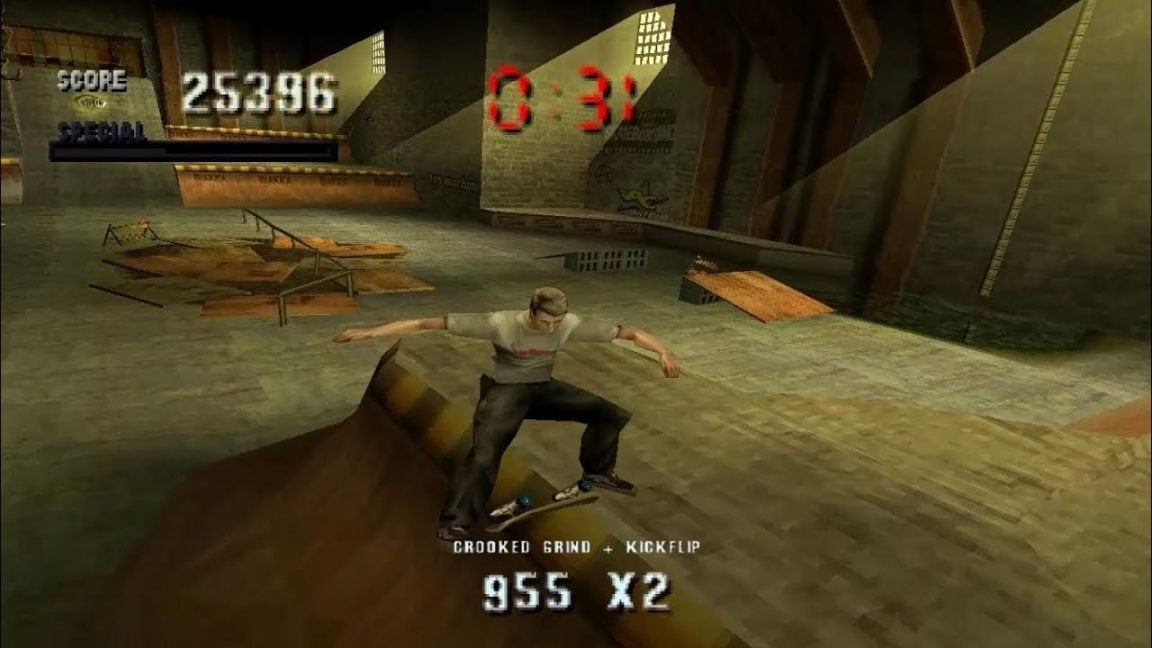 BY LUKE MARSHALL: With the announcement that Tony Hawk’s Pro Skater 1 + 2 are going to be remade, I got hit with a tidal wave of nostalgia. Upon hearing the news and browsing the world of Twitter, it appeared that I wasn’t the only one.

The first Tony Hawk’s game, Tony Hawk’s Pro Skater, was released in 1999, introducing a whole new generation to the world of skateboarding and selling a huge nine million copies. 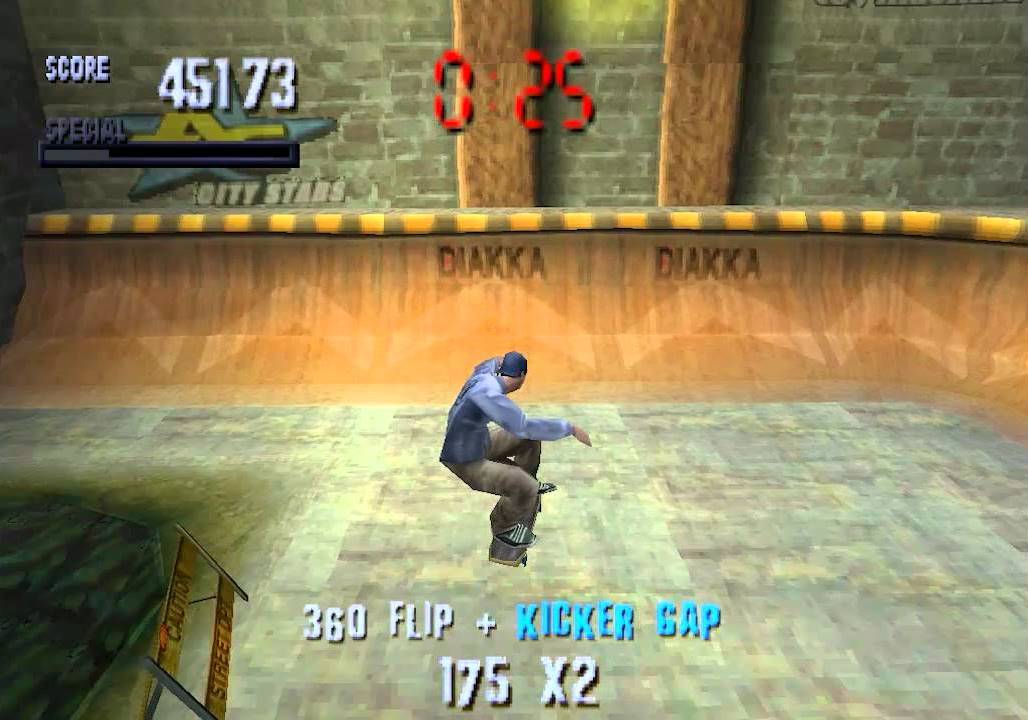 The game was not only my true introduction to skateboarding but it opened my ears to a life of punk rock. Just ask anyone what they remember most about the original Tony Hawk’s games and I can guarantee that almost everyone’s first answer will be “the music”.  Fast, aggressive and catchy – it was like nothing I’d ever heard before.  The game set in stone my musical preference for the next 20 years.

The soundtrack featured the likes of NOFX, Dead Kennedys and The Vandal’s but my personal favourite track was entitled ‘Superman’ by the band Goldfinger. That song simply had to be playing for me to achieve my best score and I’d even restart the level multiple times until the playlist cycled around again.

Last September, twenty years after the release of the original Tony Hawk’s Pro Skater, I actually went to see Goldfinger play live in my home town.  When they performed ‘Superman’ the place (packed by ages 30+) went absolutely crazy.

The song is so synonymous with the game that a new documentary on the Tony Hawk’s game series is named after the track.  Entitled Pretending I’m a Superman, the film is due to be released later this year with interviews with the man himself Tony Hawk as well as Rodney Mullen, Steve Caballero and the Neversoft development staff.

I could go on for hours about the music alone but let’s get back to the skating.  I knew next to nothing about skateboarding prior to discovering this game, well apart from the scar on my right knee that I got back when I was nine from my one single attempt to skate thinking I was Michelangelo from the Teenage Mutant Ninja Turtles.

My digital skateboarding career was much more successful and my in-game skater of choice was always Jamie Thomas. I’d love to tell you how I chose Jamie for a multitude of reasons, but to be honest it was simply because his special move was the easiest to implement. Whilst many other players loved the mid-air flips, I was a self-proclaimed master of the bar grind. I can still remember the button combination of the One-Footed Nose Grind to this day (Up, Up, Triangle). The special move sound-effect actually played in my head whilst typing that out, a testament to a game and memories so cherished that they become embedded in your brain forever.

This game really brought out the ‘completionist’ in me and is probably the first title I remember where I actively tried to achieve that elusive 100%, ticking off that task list, collecting every single hidden tape and letter.

The timer on each level made it feel much more like an arcade game, because of its fast pace it appealed to those with even the shortest attention span. Passing the pad around between a group of friends became a ritual, one that was more often than not, simultaneously shared with a bowl of nachos, hands wiped clean on trouser legs and the resulting argument of blaming one another for greasing up the controller. Taking turns would usually lead to disagreements; my brother and I would often fight when one of us failed their turn miserably and attempted to claim that their last ‘go’ simply didn’t count.

The remake is being developed by Vicarious Visions, the same team who worked on the Game Boy Advance ports of THPS 2 and 3 as well as the more recent Crash Bandicoot N. Sane Trilogy. I think it’s safe to say it’s in good hands.

Unlike the previous remake (which we will discuss no further) this new version is based upon the original handling code from the Neversoft games, which should hopefully give us an experience as close as we can get to the classic without dusting off the original PlayStation. 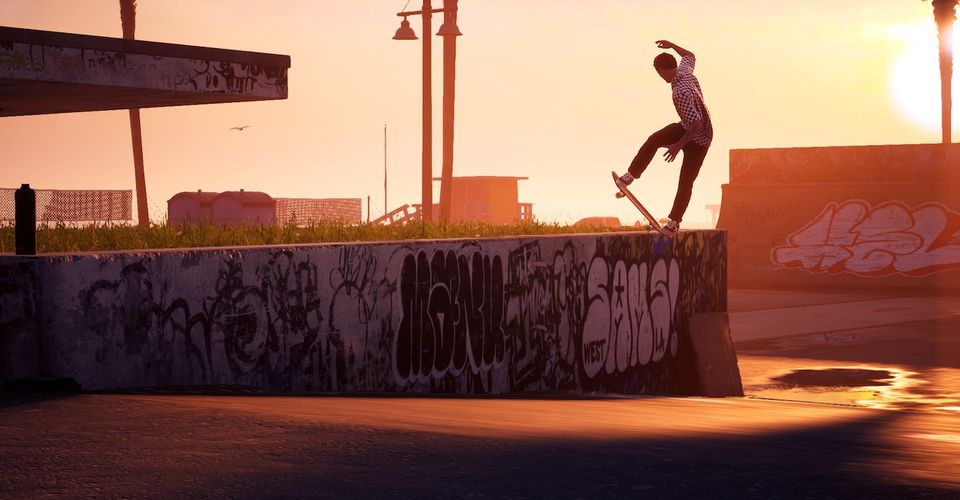 As mentioned before, the music really helped make THPS so memorable and without it being present in the remake, I honestly don’t think I’d bother. Luckily for everyone involved almost all of the tracks from both games (including Superman!) will be on the remake with only six not being available due to licensing issues.  Sadly that includes the epic track ‘Bring The Noise’ by Anthrax and Public Enemy, but for the purists out there don’t worry, there are many life hacks we could use to simulate the experience… Simply turn off the in-game music and load up a playlist on Spotify!

As well as the music and original skaters, the remake will feature both Create-a-Skater and Create-a-Park modes as well as a variety of tricks and aspects that weren’t present until later iterations of the series. I just hope they still have Spider-Man as an unlockable character!

The Tony Hawk’s Pro Skater 1+2 will be hitting PlayStation 4, Xbox One and PC on September 4th 2020.