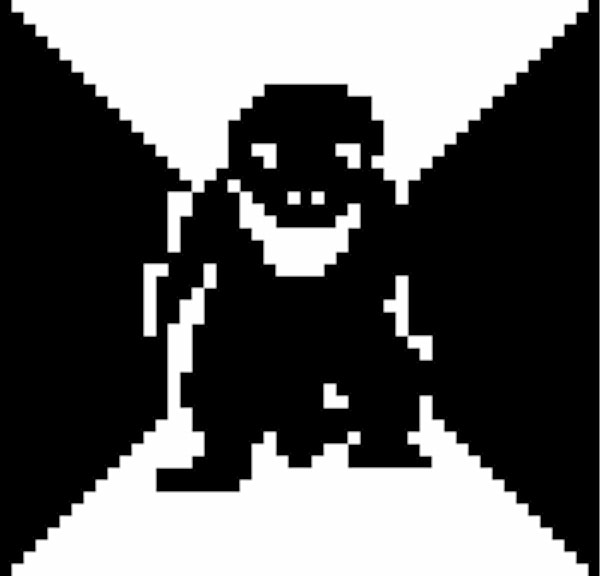 BY MARK PARVIN: I feel like a dinosaur – which is entirely appropriate considering the video game I am about to mention. That game is 3D Monster Maze for the ZX81, and it was the first game I ever bought that made me go “wow”.

I had gained an instant attraction to computers after borrowing a ZX80 from a friend. When the ZX81 appeared, I asked for one for my 16th birthday instead of my initial choice of a moped. My parents duly obliged, more than happy to buy me something educational that wouldn’t likely kill me.

I had no interest in the educational element, of course. Spending most holidays on the Yorkshire coast, I had always enjoyed the amusement arcades. When the likes of Space Invaders started to replace fruit machines, I knew I had found real entertainment. The possibility, therefore, of playing these arcade games in my own home was the answer to my prayers.

I had bought a few games for the ZX81 before Monster Maze, including the infamous Can of Worms by Mel Croucher. All the games I purchased were pirated – sorry Mel – from a guy who sold them at school. I remember that my first copy of Monster Maze wouldn’t load, so I duly returned it for a replacement. The wait ramped up my excitement, so when the second copy worked and those first words of “Anyone There?” appeared on the screen, I was ready for action. 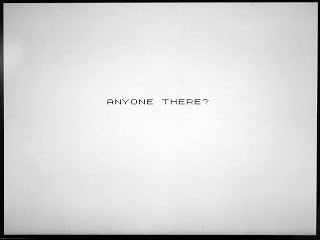 The fairground attraction introduction also took me by surprise. I was used to getting straight into a game, so to have a humorous beginning before the action was fun to see. Considering the lengthy – and often tedious – cut scene stories of today’s modern games, it was short. Still, it set you up for the tension to come. Filled with dire warnings of entering the lair at your own risk, it only heightened my interest and eagerness to play the game.

A press of the “C” Key and a warning appeared: I was to be transported through the mists of time. Strangely, it was one of my most memorable part of the game. The mists of time were, in fact, the ZX81 running in Fast Mode so it could – I believe – create the maze. In Fast Mode, the computer couldn’t use the video feed. I was, therefore, treated instead to thirty seconds of the fuzz of an analogue TV’s display when it had nothing to display. In other words, the mist of time! It does seem weird to think of this as memorable. Still, I was very impressed: they took a limitation of the computer and turned it into something that added drama to the game. And all this before I had even started playing!

As the mists of time dispersed, I was ready to go. In front of me lay a maze of black, white and grey. At the bottom of the screen were the words “Rex lies in wait”. As soon as I started moving, the words changed. “He is hunting you”, “He has seen you”, “Run, he is behind you” all appearing as I made my way around the corridors. Like a silent horror movie, those words would keep the heart racing as I tried desperately to avoid the Rex. In these days of photorealism and fantastic sound, it is strange that such a simple game could instil such fear into me. But it did.

If I were lucky, I would escape the maze through a portal. If not, I had the scary pleasure of meeting the Rex. Already full of adrenaline and fully immersed in the game, seeing this creature lumber up towards me as I tried to flee was enough to make me wet myself. It was crude graphics by today’s standard but, like the rest of the game, it did its job and did it brilliantly. Once eaten, I received my score posthumously before trying all over again.

I think it is fair to say that Monster Maze was the first Survival Horror game. It is likely the reason I was attracted to and loved such games as Resident Evil and Silent Hill later in life. Those games are full of scares, but nothing comes close to my first encounter with the Rex.

A few years after that first encounter, I travelled down from Yorkshire to the ZX Microfair in London with a school friend. In among the many stalls, we came across Malcolm Evans, the author of 3D Monster Maze. He was showing 3D Tunnel for the Spectrum, and we chatted for quite a while about the game. For my sins, I never knew it was him until much later and, while I bought 3D Tunnel, I never really liked it!

In a final twist of fate, the school friend who came with me to the Microfair went on to work for Imagine, Ocean and Odin software and had two published games. I went to visit him and Imagine not long before they went dramatically out of business. But that’s a story for another day.