One of the few things we know for a fact about the highly anticipated Red Dead Redemption 2 is that it will feature a multiplayer mode, not unlike the currently running and highly successful GTA Online. The multiplayer component of Grand Theft Auto 5 has been producing insane amounts of revenue for Take-Two Interactive and has been growing in popularity, tossing conventional game population models under the bus. This kind of success is something the developers undoubtedly want to replicate with the multiplayer component of RDR2 – but how to do it?

For starters, we need to compare the main points which make GTA Online popular, and how it meshes with the different setting, era, and style of Red Dead. We’ll be looking solely at gameplay mechanics here, but it must be said that much of GTA Online’s success and popularity can be attributed to mainstream appeal and fame.

So what keeps players returning to GTA Online? Well, it’s the online component of one of the best-selling games of all time for starters. It’s also been “released” three times: once for previous-generation consoles (PS3 and Xbox 360), once for the current generation (PS4 and Xbox One) and also on PC – receiving successive upgrades and additions each time. Not to mention that Grand Theft Auto 5 as a whole has an insane marketing budget.

On the other hand, probably the biggest issue or gripe that gamers have had with GTA Online is temperamental game lobbies and annoying hackers messing around with their characters.  Thankfully now, most of the issues appear to have been cleaned up (at least on the current generation consoles and PC), and while in true “Rockstar fashion” old school cheat codes were included in the single-player component of the game, they did not make it across to GTA Online.

What contributes to the longevity of GTA Online above all else though is the constant stream of new content through frequent DLC updates. The updates continuously offer new items, vehicles, and properties that players work towards acquiring. Essentially, Rockstar has built a system where their MMO-lite possesses no kind of endgame content but instead keeps elongating its late-midgame in order to keep players hooked.

Major content updates drop every two months or so bringing a whole lot to work towards with each release, alongside gameplay additions which prevent the experience from becoming stale. In between major releases, Rockstar releases weekly minor updates, usually containing a single new vehicle each, to hold on to the attention of their players.

Naturally, the model of frequent DLC releases adding further items that entice players to work towards a goal is the best way to recreate the draw of GTA Online. These updates should add a wide range of items falling into the easily affordable and extremely expensive categories. The former will grant the player access to new content easily, making them truly feel like they’ve been given something, while the latter offers a goal to work towards. It’s pretty basic psychology.

Of course, all of this is for nothing if the base game isn’t enjoyable, but hey, this is Rockstar Games we’re talking about here. If anyone knows how to craft an entertaining gaming experience, it’s them. GTA Online features a pretty wide range of activities that players can engage in, and there isn’t a strictly set linear path of progression. The open nature of the game offers players a measure of freedom few others do, which is likely a major factor in its success.

We hope to see Red Dead Online take inspiration in this sense as well, not just in the form of constant DLC updates. The game could feature various variants of the typical deathmatch mode, horse races, bounty hunting missions, bank robberies, train heists, prison breaks, bar fights, revolver showdowns, lasso challenges and more to offer players different game modes with which to level up their character and acquire in-game currency. 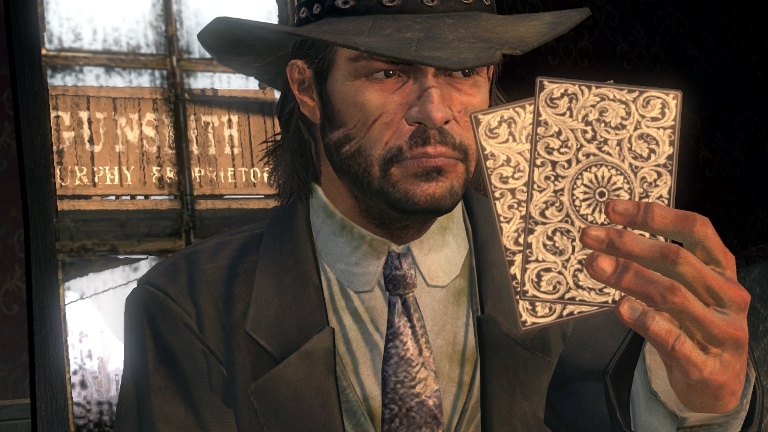 One important factor to consider in GTA Online’s updates is that they often offer major gameplay additions, while the vanilla game on release didn’t have much of substance. Sure, it had a whole lot of content, but individually the various activities were short and minor. We hope to see Red Dead Online get an infusion of more complex mechanics through DLC as well, such as the ability to manage and tend to your own homestead.

Distilling the formula to its most basic form, the gist of GTA Online that Red Dead Online needs to carry on is the carrot on the stick. Players need a constant reminder that there is a goal towards which they are working, and whenever they achieve that goal, they require yet another objective to keep their attention fixed on the game at hand. We don’t doubt that Rockstar will create something truly special with Red Dead Redemption 2, but hope that they will continue to support it with content after release.

Mike is completing an undergraduate degree in marketing while also writing online for various tech and gaming websites. Upon graduation, he hopes to specialize in content marketing and when he’s not in front of the keyboard enjoys surfing and taking commercial real estate footage with his drone. Mike’s favorite game is Grand Theft Auto 5 and his favorite gadget is, of course, his DJI Phantom 4 drone.