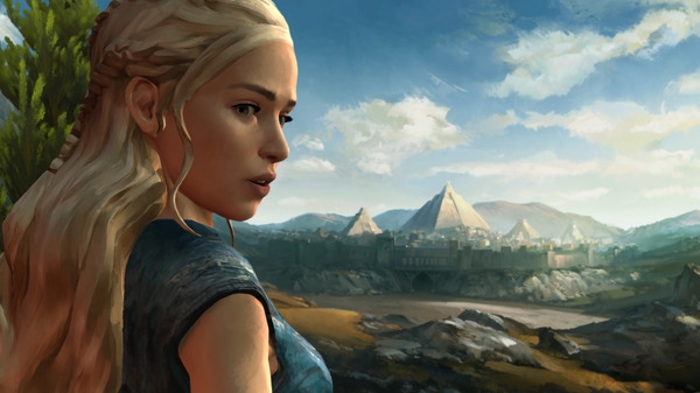 Bethesda is the publisher and developer of Fallout, DOOM, and the Elder Scrolls franchise.  Game of Thrones is the bestselling collection of book and engrossing TV series.  Having the two come together is like a dream come true for gamers who are also fans of the series.

Here are 5 reasons why.

Only Bethesda Can Convincingly Create The Huge Game of Thrones World

Westeros is, well, huge.  Winterfell, Riverrun, Kings Landing, the North Sea, Pentos; each has their own history and pack considerable landmass.  Heck, the Wall alone is said to be 300 miles long.

Some have used the information available to try to ascertain the exact size of Westeros; the most convincing we’ve found is Business Insider who suggests that the world stretches from the west coast of Ireland all the way to China.

Bethesda isn’t afraid of making video games with huge maps.  Skyrim’s map was 37km2, Fallout 3’s was 39km2 and Oblivion’s was 41km2 (should we mention Daggerfall’s insane 161600km2 map too?).  The Elder Scrolls Online is equally intimidating; Tamriel is a huge world within which Bethesda has created some truly remarkable locations.

No other developer can match the scale of the Game of Thrones franchise.

Bethesda Can Make Us Care About The Characters

Fans of the Game of Thrones TV series will have characters they love and those they hate with a passion.  The main characters in the TV series have already had their stories told and their intentions made clear.

Video games are different from TV series; the majority of interactions players have with the populace of the games they play tend to be with the general population, not with royalty and the game changers.  Bethesda is brilliant about making us care about the everyday folk; the clan of ghouls living underground to survive in a wasteland, the struggling family being suppressed by the evil government officials, and the city guards who can be bribed with a few coins.

Bethesda can give us characters normally only seen as background fillers and use them to truly flesh out the world created by George R. R. Martin.

Arguably, the only other team who can complete with Bethesda on this point is CD Projekt RED. 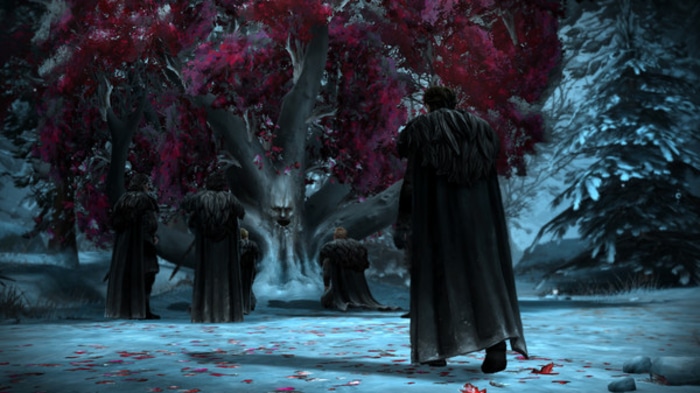 Bethesda Can Make Game of Thrones A Visual Masterclass

You only have to look at the latest Skyrim remaster to begin salivating at the thought of the Game of Thrones receiving the same treatment.

Telltale delivered their trademark visuals when creating their Game of Thrones series, and Bigpoint is doing what they can with a browser-based incarnation.

Bethesda could create the most visually breathtaking realization of Game of Thrones we’ve ever seen – again, matched only by CD Projekt RED.

Game of Thrones is crying out to be recreated as an MMO; a single player offering just wouldn’t do it justice.  The politics, the wars, the races, not to mention the thousands of people trying to make a name for themselves in an ever-changing world.

Bethesda’s The Elder Scrolls Online is a brilliant MMORPG.  I’ve spent countless hours just exploring without getting involved in the story or the combat; roaming is just a joy.  It is visually stunning, the controls are tight, the character classes are reasonably well-balanced, the DLC adds genuinely interesting locations and quests, and the cash store isn’t extortionate (compared with games like Black Desert Online, anyway).

Bethesda has the pedigree in the MMO space to ensure that a Game of Thrones online title would be something special.

The Forsworn and the Wildlings have many similarities, and both Elder Scrolls and Game of Thrones have intimidating giants roaming, ready to do serious damage on the battlefield.

Gods play a large role in both the Elder Scrolls and the Game of Thrones, with many conflicts surrounding religion. Both the Seven and the Nine Divines are centered around different aspects, such as love, war, and so on.

Skyrim has the Draugr, the undead creatures being brought to life by unexplained magical occurrence in the northern crypts. Game of Thrones has the Whitewalkers, the icy undead army marching South.

And, let’s finish the similarities talking about the throne being fought over. Game of Thrones had the Mad King and Skyrim had the Mad Emperor; both left an empty throne for warring factions to fight over.

Bethesda wouldn’t even need to adapt to accommodate the Game of Thrones’ premise; they’ve essentially been operating within the same parameters for decades. 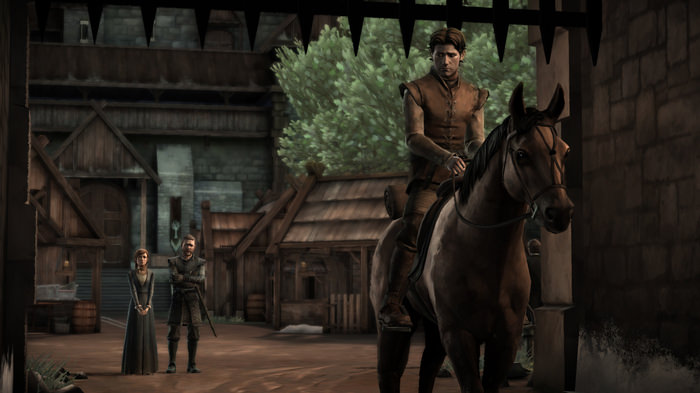 So, There You Have It

We can’t help but imagine the magic that Bethesda could create with the Game of Thrones franchise at their disposal.  The world would be graphically breathtaking with a glut of locations off the beaten track to explore.  Characters, no matter how far removed from the core story, would have a layer of depth to make you care about the overarching story playing in the background.  The variety of the different types of classes would be well-balanced and combat would have depth.