The PS5’s V-shaped dev kit caused quite a stir when it was pictured out in the wild in October 2019.  The striking design had players salivating at the thought of the bold design finding its way into their homes.

Though the dev kits do occasionally reflect the final launch products, they are often significantly different from the consoles that end up on store shelves.  We’ve written about 5 PS5 concept designs, but the real final PS5 console design will likely be something few could have imagined.

From the PS1 through to the PS2, PS3, PS4 and now PS5, PlayStation dev kits have varied wildly through the years.  Many were too plain or grotesque for players to even consider putting them under their TVs.

We’ve put together images of all previous PlayStation development kits to show the difference between the systems being used by developers and those that consumers ended up with.

For the original PlayStation, Sony used a system that plugged into a standard PC instead of using their own development hardware.  The idea was that PC developers could use their experience of building games to create titles for their debut console.  This streamlined the development process on Sony’s debut console when compared to their competitors.

What the PS1 dev kit design lacked in imagination, the hardware and software made up for in functionality, and the rest is history. 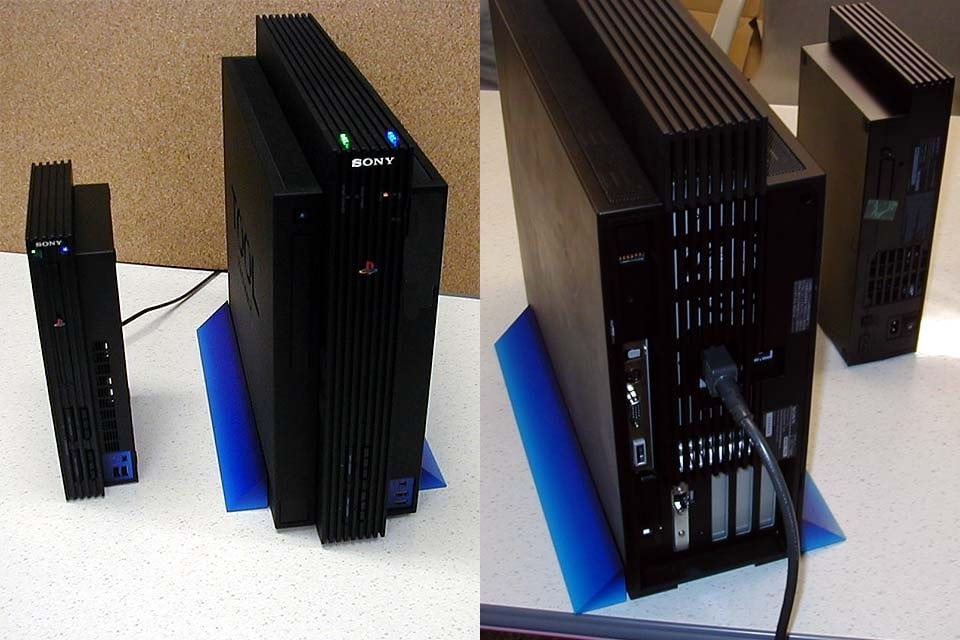 The PS2 dev kit is one of the few dev kits that closely resembles the final console that went out to market.

Fitting a powerful PC into a PlayStation 2 case would have been impossible at the time (powerful gaming PCs can easily fit into shoeboxes now), so a larger version of the PS2 console was the best way to give plenty of room for the initial dev kit hardware to fit inside.

I don’t know about you, but I’d gladly buy this case to put my PC build into, but that could be nostalgia speaking…

The PS3 dev kit would make an ugly VCR, let alone a console.  It is a design that was created purely for functionality, not for aesthetics.

Fortunately, Sony’s bland design didn’t make it anywhere near the final PS3 console design, as their third console launched with an iconic curved case that stood out from every console that had come before it.

If the PS4 dev kit is anything to go by then the PS5 dev kit will be significantly different from the PS5 launch design.  The PS4 dev kit resembled an original Xbox on steroids, lacking the carefully crafted design of the console that would ultimately launch.

With that being said, the PS4 dev kit design looks somewhat interesting, especially compared with that of the PS3 dev kit.

And, for those who somehow missed it…

The PS5 dev kit is certainly different to the other PlayStation dev kits in this list and the consoles currently on the market.

The PS5 dev kit was originally leaked by The Drink Cat (yes, seriously) on Twitter before being verified by Tom Warren, Senior Editor at the Verge.

Tom explained that the large V-shape design was to make the PS5 dev kits more easily stackable for developers using several of the units for stress tests.  The design is optimised for cooling, allowing air to be pushed out of the sides and the centre.

If the PS5 design was to resemble the dev kit, we can expect it to be a streamlined version with a much smaller profile.  While the PS5 dev kit may look stark and ugly in its two-tone colour scheme, dropping this for an all black or white, smaller design could make it an attractive piece of hardware.

Which PlayStation dev kit is your favourite?