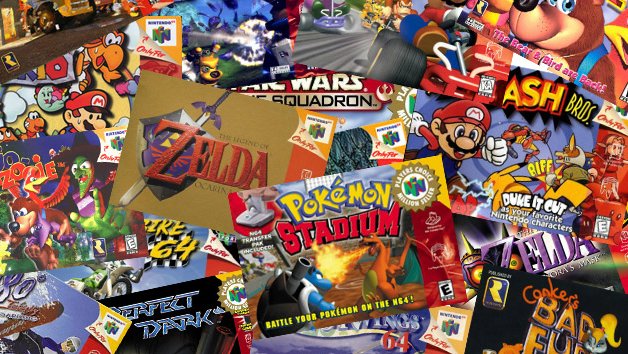 As adult gamers, it can be difficult squeezing in all the video games we would like to play. Inevitably, some titles pass us by.

Whether the constraints are money, time, or interest, there are dozens and dozens of video games each year that we do not play. Some of those games flop anyway, but some may go down as all-time greats. “Maybe I’ll play it someday” is a thought that many of us likely experience.

Many gamers just wait for titles to hit the bargain bin. Others just make very conscious decisions to hold off from a game or series that we may be interested in, but do not necessarily have time for. Personally, I would love to play the new Monster Hunter or Far Cry games, but know I just do not have the time right now. Maybe someday.

Another game I would love to play is God of War 4. I loved the first three but still cannot justify the money for a PS4. Maybe someday.

Every now and then, someday comes.

I was late to get on the boat for the Nintendo 64. My first console came later in the form of a GameCube. Because of this, I missed out on The Legend of Zelda: Ocarina of Time; one of the all-time great games.

I bought an N64 years later at a flea market. Then I went to a used games store and picked up a few games including Ocarina of Time. I popped the game in and it felt… dated.

Despite multiple efforts, I could not get into it. I was getting killed out on the plains by low-resolution creatures, getting lost, and getting very stuck. I hated it. I wound up selling the game.

Years later, I randomly decided to give it a second chance on my 3DS. I loved it.

The graphics did not feel out of place on a handheld and seemed just as colorful and cool as I’m sure it did in 1998. Puzzles are not always my thing, so I learned to use walkthroughs online whenever I became too frustrated and had a blast.  It completed changed my experience with the N64 classic and gave me a fresh perspective on retro games in general.

Manufacture your someday if you need to.

My experience with Ocarina has encouraged me to continue revisiting old titles that I regretted missing out on. I am a Star Wars nerd but missed out on the Old Republic games. I had heard a lot about the story and could even name a few characters, but thought that ship had sailed.  When I saw that Star Wars: Knights of the Old Republic was added to Xbox’ backwards compatibility library, I knew the time had come.

I have been playing the game here and there over the last month or two and am having a great time. The graphics are tolerable because they are coupled with a highly engaging story. It is a long and sometimes slow-moving game, so it is taking up video game time that I could be using on other titles.

Those games I am passing on in the meantime will always be there and will only keep getting more affordable. More power to those who have the time and money to play each new game they would like to as they are released.

For those who go at their own pace and make time to play the classics: you will get around to the new stuff… someday!