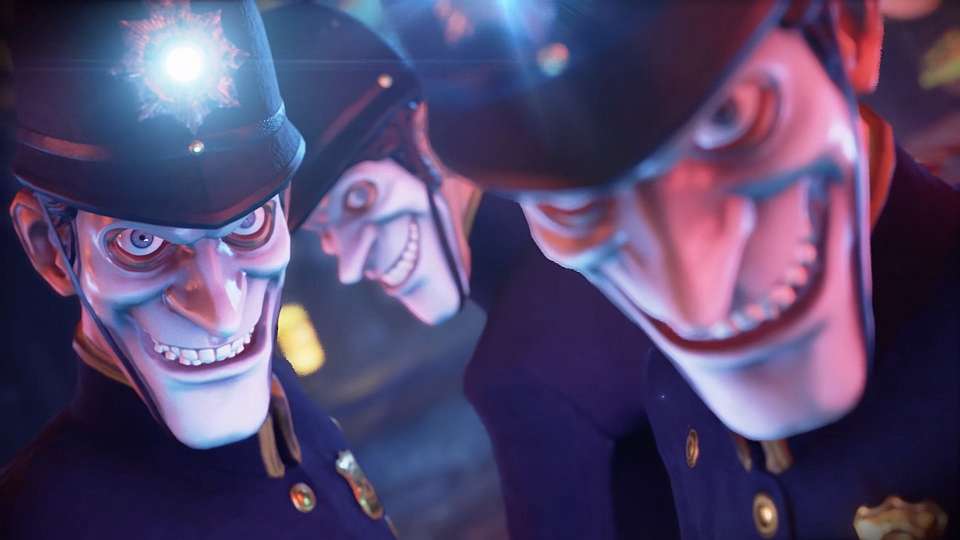 BY ANNA CRAWFORD: Year after year, gamers are promised a plethora of good scares, terrors and general unsettling atmospheres to enjoy over the Halloween period. Unfortunately, they don’t always translate into good games.

As the Halloween season approaches, the disappointment begins to sting more than usual. So, to combat the bad buy blues, we’ve compiled a small list of recommendations to replace your disappointment with titles that will rejuvenate your love of the horror genre at a time when it should be at its strongest.

Vampyr boasts vampires, a modern plague, Edwardian England, and a choice system based around choosing whether or not to follow your character’s newfound sanguinarian instincts. It was a recipe for a surefire success.

Unfortunately, they managed to fuck it up every step of the way. Aside from half-assed choice mechanics, Vampyr also suffered from frequent lengthy load times, badly directed dialogue scenes that dragged on, and a repetitive combat system that underutilized its own premise.

You could call it undead on arrival, but sadly the game had even less life than that.

Play This: Telltale’s The Walking Dead

With the final season already kicking off with a phenomenal first episode, now is the perfect time to get into Telltale’s The Walking Dead series.

Like Vampyr, the game is heavy on dialogue and story as you follow a young girl as she struggles to stay alive in the zombie apocalypse. The on-edge mood is compounded with the morbid design of the zombies, comic book stylization of characters, well-balanced color pallet, and timed action and choices. Though the choices are just as shallow as Vampyr, they’re better acted with better direction to give them more life.

Telltale’s zombie apocalypse saga is perfect for the approaching Halloween season, both for its monsters and its existentially scary story.

While demons are always a great choice for a horror premise on their own, broken graphics, shit platforming, and a non-existent physics engine will always damn a game to the rejects pile.

Agony hit the scene with blood graphics that looked like jelly and disappointed in every aspect just as badly. With a dull player character constantly getting stuck on walls and falling through floors while talking like a sad teenager, the game was certainly a glimpse into hell. Though unlike hell, this game had the audacity to ask you to pay $30 for the experience

Amnesia is one of those games that, almost 10 years after its initial release, has slowly come to be considered a modern classic in horror gaming. Present in almost any “Let’s Play” players repertoire and inspiration to an entire subgenre of fanmade games, Amnesia has aged decidedly well.

Its premise of an amnesiac protagonist wondering in a maze-like mansion, hallucinating various eldritch happenings, and regaining his memory may not be original nowadays, but it was for its time. The fear it inspires as you move in the dark trying to maintain your sanity while you avoid humanoid abominations proves it’s horror classic status is well earned.

A recent arrival on the horror lets play circuit, Baldi’s Basics is a genuinely decent indie game that can get your heart racing for a good half hour. But it can offer little else beyond that. While it might be entertaining for a few rounds and good for your youtube’s SEO, having your survival being left to luck half the time is grating all the time.

Starting the entire process from square one after dying also quickly wares out it’s welcome for the average player. Any sense of eeriness quickly gives way to frustration in Baldi’s Basics. Though it might be worth a splurge buy, it’s going to get you into a hernia before it gets you into the Halloween spirit.

Like Baldi’s Basics, this game offers you the terror of being helpless and hunted. But unlike Baldi’s Basics,  survival is based more on stealth, memory, and planned movements rather than luck. The story is well synced with gameplay as you attempt to navigate the locations of each game and attempt to discover what’s happened.

Its terrifying discoveries, unsettling set pieces, and memorable villains make it the perfect horror game for any time of the year, but especially the scariest season of the year.

Being a Left 4 Dead clone isn’t necessarily a shot in the foot for a game, but it does load the bullet into the chamber. Sadly Earthfall is a butterfingered rookie when it comes fleshing out its IP.

The final product is a game with forgettable protagonists, awful AI, a dull gore system, and an uninspired story. There’s not much to say for this entry, because there wasn’t much there to begin with.

Play This: Friday the 13th

If you want to play something with friends this Halloween season, but want something a little more recent than 2008, it seems old IP is still better than new IP. Jason Vorhees is royalty in horror history and his legacy continues on in the new age. Though the game and movies are often set in the summer, the sheer thrill of playing Jason or one of the hapless camp counsellors he hunts makes this a perfect Halloween choice.

With a few glitches and server wait times to contend with, Friday the 13th wins back its audience with multiple ways of escaping and fighting back for councillors, and a bevvy of powers and kills for Jason. It’s a perfect game to fulfil all your horror hide and seek needs.

Multiplayer and survival aren’t inherently bad genres. In fact, multiplayer survival games can be some of the most fun out there. Unfortunate the latest DayZ clone has fallen into the same soulless cash grab as many others, with only a quarter of an original design to justify itself.

The game offers customization of character, but little else beyond every other game of its type. Even the zombies that are meant to keep the pace up could be easily replaced with a rabid leg-lamp for all the difference it makes. Multiplayer ain’t so bad, but you wouldn’t know it by looking at SCUM.

As its name suggests, isolation makes this Alien game so memorable. Space isn’t exactly what you imagine around Halloween, but the oppressively lonely setting and the crafting protagonist set the tone for a good horror game.

A mix of evasion and combat keeps the player on its toes while space’s most notorious alien pursues you at every turn. A horror classic for the space age and the remake age alike, Alien Isolation locks down its title as a genuinely terrifying survival horror game and reminds you of the value of single player adventures.

We Happy Few was a disappointment that hurt us all. Originally a contender for the underdog of the year, the bright saturated colors of the cover contrasted with the gloomy post-war English countryside setting. With the sci-fi dystopia to match, We Happy Few had the award for best atmospheric survival game down pat.

Unfortunately, the game was released a broken mess of glitches, game breaking bugs, and faulty AI that have still yet to be fixed a month on. The otherwise interesting story is weighed down by the disaster that is its coding, leaving We Happy Few dead in its cradle.

The tamest entry in the list, Don’t Starve has all the balanced survival, unique setting, and atmosphere that We Happy Few failed to deliver.

What it lacks in story, it makes up for in customizability of the world, diversity of biomes, variety of player characters, and various methods of survival. With solo and multiplayer options, the game is fun to play alone or with friends. Don’t Starve has all the monsters and magic that makes it a far superior Halloween-time pick.