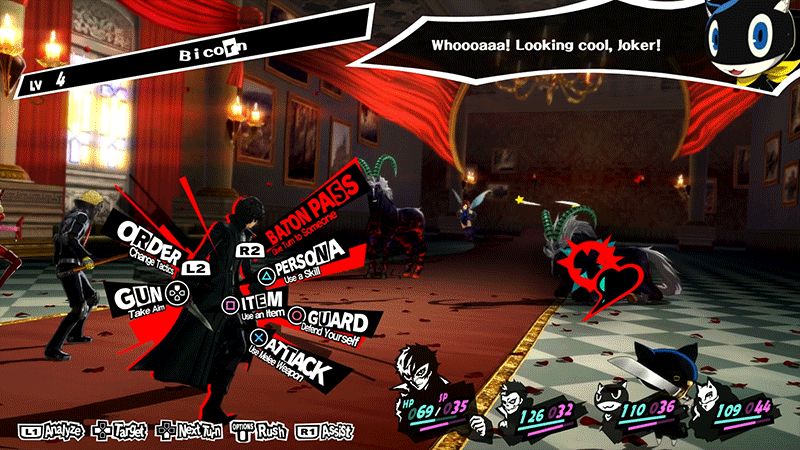 BY MEGAN LUTZ: Persona 5 is the first entry in the Persona series that I have played and I fell in love with it right away. There are so many things to love about this game.

Persona 5 is the one game that I have played five times (well, technically one of those times I played the spin-off Persona 5: Royal). If you enjoy games with great replay value I highly recommend Persona 5. It’s so fun I was eager to dive in several more times.  In fact, I think replaying this game is essential because I don’t think it is possible to complete everything during the first playthrough. 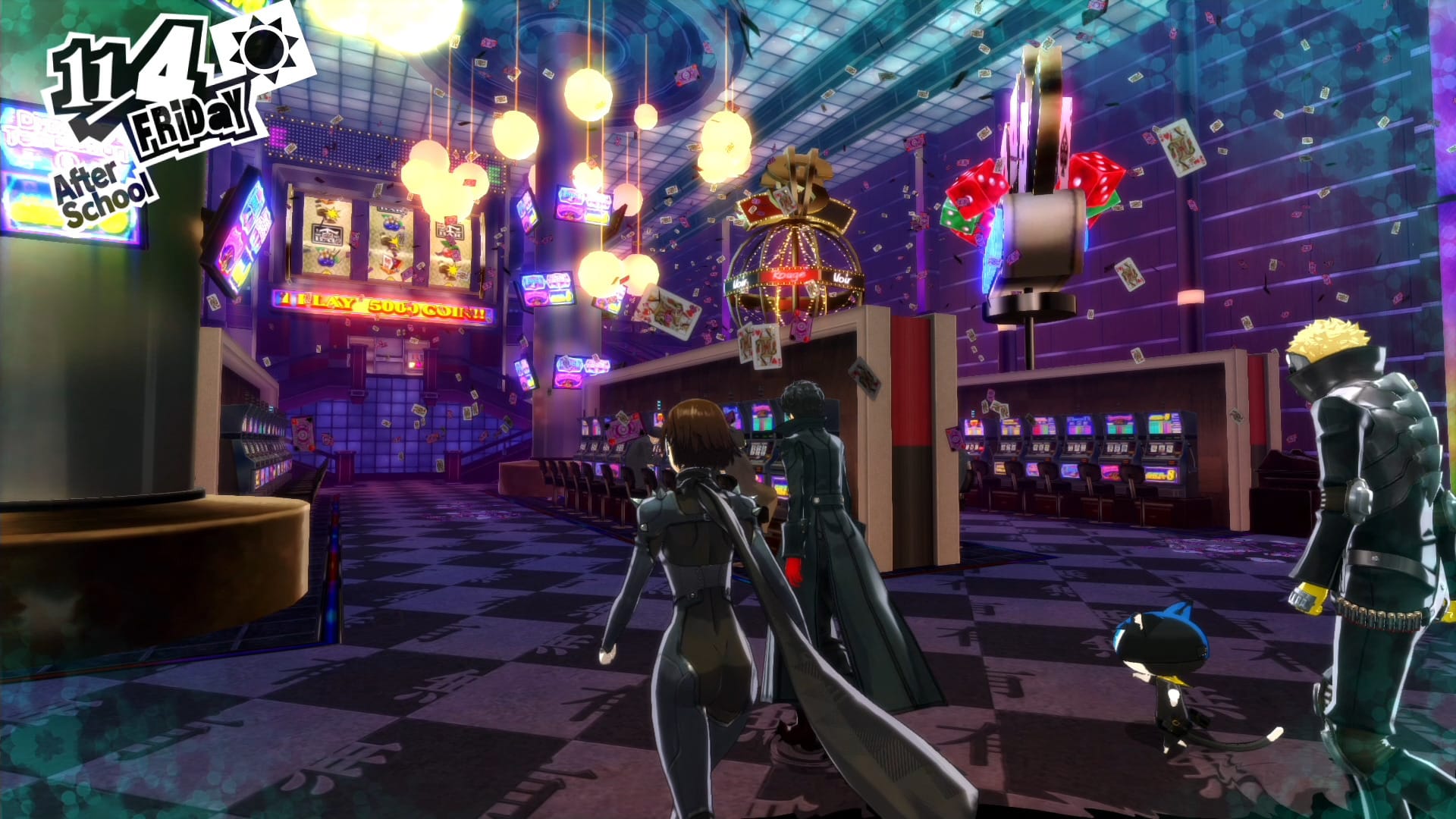 Persona 5’s interesting and punchy art style struck me right away. I can’t think of any other game that I’ve played in the past with the bold and graphic style that this game has. The game kind of reminded me of jumping into a comic-book when I began playing, an example being when you start a conversation these big graphic commands jump out at you. The game has a unique flair that set it apart and stick out in my mind with bold colors and vivid design. Graphics are something that is very important to me as a gamer so I truly appreciated the well-thought-out approach to this game. The game is very artistic and it is apparent that a lot of detail went into its creation. The art style draws you into a specific universe with a unique vibe, and all the characters fit in well with their super hero-esque fashion and abilities.

Persona 5’s music is something that has stood out for me as well, in a major way. I have never wanted the soundtrack to a game as much as I wanted the Persona 5 soundtrack, which is a huge plus given that the game is meant to be replayed. There are so many excellent songs in this game with a lot of energy and passion and they add so much to the experience. As many hours as I put into this game I never once got tired of the soundtrack. It really feels as if there was a lot of a dedication put into this game and I appreciate it as a gamer. The music was just one of the many things to love about the experience.

The game draws the gamer in with its dramatic plot that immediately gives them control by offering an array of choices. Your choices really matter in this game, also. You could end up getting a bad ending if you don’t play your cards right so it is important to save and pay attention. The main character, who is given the nickname Joker, is incentivized to make the most of his time by developing relationships with friends and/or a potential love interest. (Or if you want an amusing cut scene later on, he could develop all possible love interests). 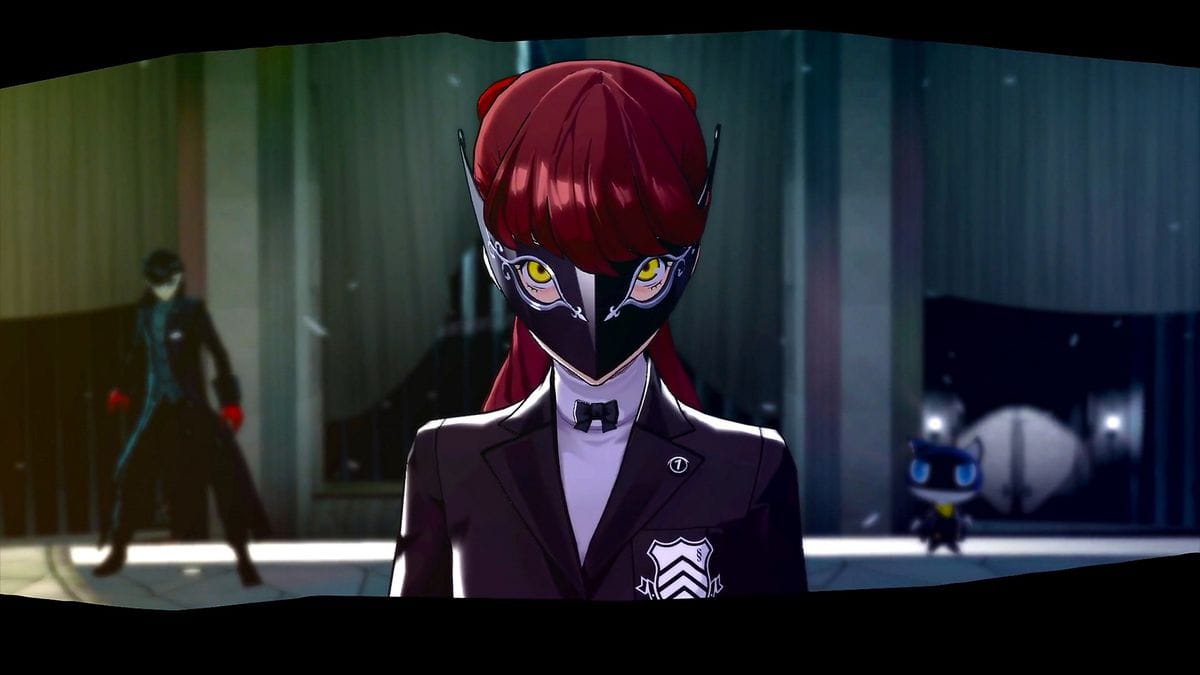 Time is an extremely important piece of this game, the player needs to choose how they spend their time wisely. Taking the time to develop relationships can result in certain perks and cut scenes, however it’s very difficult to divide that time evenly in one play-through. The main character is a high school student who has obligations outside of his relationships as well, such as developing his other skills (knowledge, proficiency, kindness, guts, and charm) and he has to make a choice of what tasks he wants to take on before responsibly going to bed. Sometimes it seems a bit frustrating that you can’t really run around and do whatever you want in one day, but I ended up greatly appreciating it because it required me to be strategic throughout the entire game.

I’ve always been a big fan of strategy in games and this Persona 5’s entire plot is about strategy. Strategy is required on the battlefield too, of course. This game is turn-based and each character has unique specialties. Each character has a persona with special elemental abilities. Joker is the wildcard and the trickster of the game however so he is more versatile than his peers and is able to wield multiple personas with varying abilities, making him a powerful asset on the team. Players must choose which abilities to keep and which to get rid of as the characters progress over the course of the game.

There are plenty of choices for the player to make their experience personalized to their preferences. There is also plenty of opportunities to grind while you ride with your favorite team in a cat that can double as a car (did I mention how inventive the plot is?). There are so many interesting combinations the player can create within their team which keeps grinding fun and of course the awesome jams help as well. In between grinding the characters also have a lot of dialogue that they add to the experience which is a lot of fun. 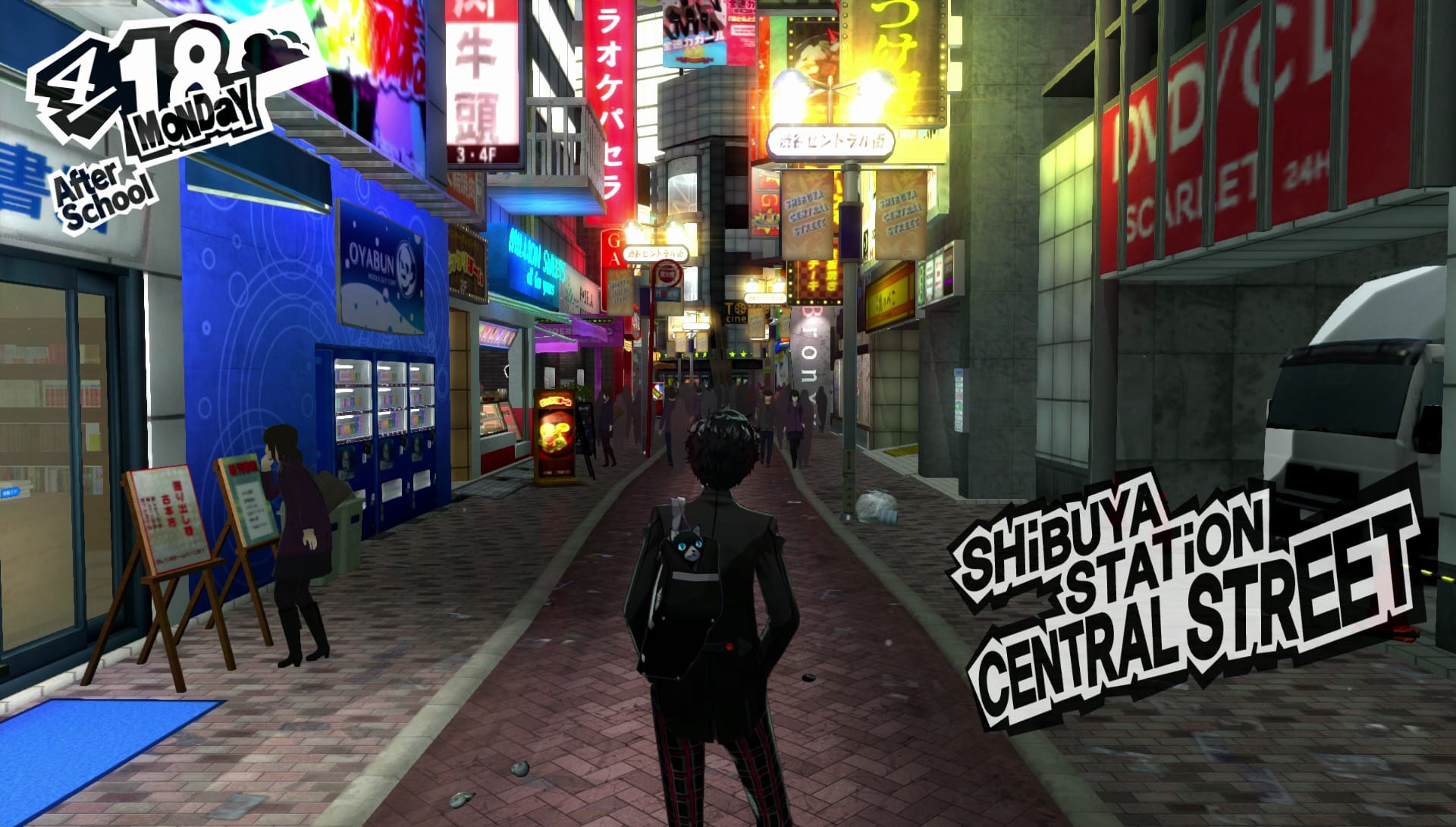 Persona 5’s plot is loaded down with drama which is exciting. The main character is immediately being interrogated for supposed crimes he has committed and of course, the player has no idea either (unless you’re on your next play-through of course). Ultimately, the player will find out that they are on the journey of a thief, with a twist. It’s not just about stealing things, it’s about facing ethical conundrums while fighting monsters too! There is plenty of adventure and intrigue to go around. There’s also a host of lovable characters to accompany the player on their journey (I’m a big fan of Morgana who resembles an adorable cat….but is he?). There is so much to do and so little time so the game requires the player to make each day count.

I loved Persona 5 and cannot wait until the next entry in the series. If you haven’t played it yet, you should.

If you loved Persona 5 as much as I did and you just can’t wait for the next installment, check out Persona 5: Royal. It follows mostly the same plot as Persona 5 but they’ve altered things and added enough additional content to the game that I truly think it’s worth it.