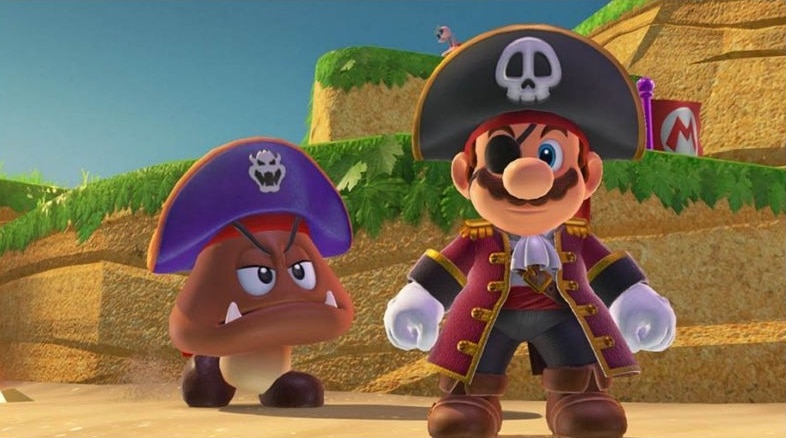 I grew up in the gaming golden age of Nintendo vs. Sega, Mario vs. Sonic, Sega doing what Nintendon’t.  Or Nintendidn’t.  You know what I mean.

Despite growing up during what was in my mind the first great console war, I didn’t choose sides.  My first console was a hand-me-down 2600 Jr. and from there I had a Sega Master System 2, SNES, NES (yes, the wrong way round), Sega Saturn, PlayStation, N64, PlayStation 2, Xbox 360, and PC.  I’ve since added a Nintendo 2DS to play Pokemon Sun (I used it for about an hour) and an old PS3 for my daughter (which broke).

Sonic is my favourite video game mascot thanks to those early memories with my Master System, but I have equally fond memories of playing Mario games around my best friend’s house before I was lucky enough to get my own.

All of that is just to say, I hold no real brand loyalty.  As a kid, I was grateful to have new games to play on any platform, with the PlayStation and PlayStation 2 being the main 2 consoles I begged for until I got them because everyone else had them.  Aside from that, I’ve basically gone with the flow based on the games I wanted to play, rather than the brands behind them.

Ignoring my throwaway Nintendo 2DS, I haven’t owned a proper Nintendo console for the best part of 20 years.  Sure, I’ve returned to the likes of Goldeneye (which is still great) and Pokemon Snap recently, but I haven’t had felt the urge to pick up a new Nintendo console for a variety of reasons, the most significant being that the games no longer appealed to them and I’d rather spend my money on Steam games I’ll never get around to playing.

I’ve documented some memories of my daughter’s first forays into videogames and after having played the great children’s games on PS Now on the PC, I decided to treat her to a few sessions with some retro games.  After moving from N64 to Gamecube titles, I became interest in the Cemu emulator that seems to regularly pop up on my YouTube recommended list with people playing games like Breath of the Wild at 4K on their PCs.  Who wouldn’t want to play Breath of the Wild with a Luigi mod? 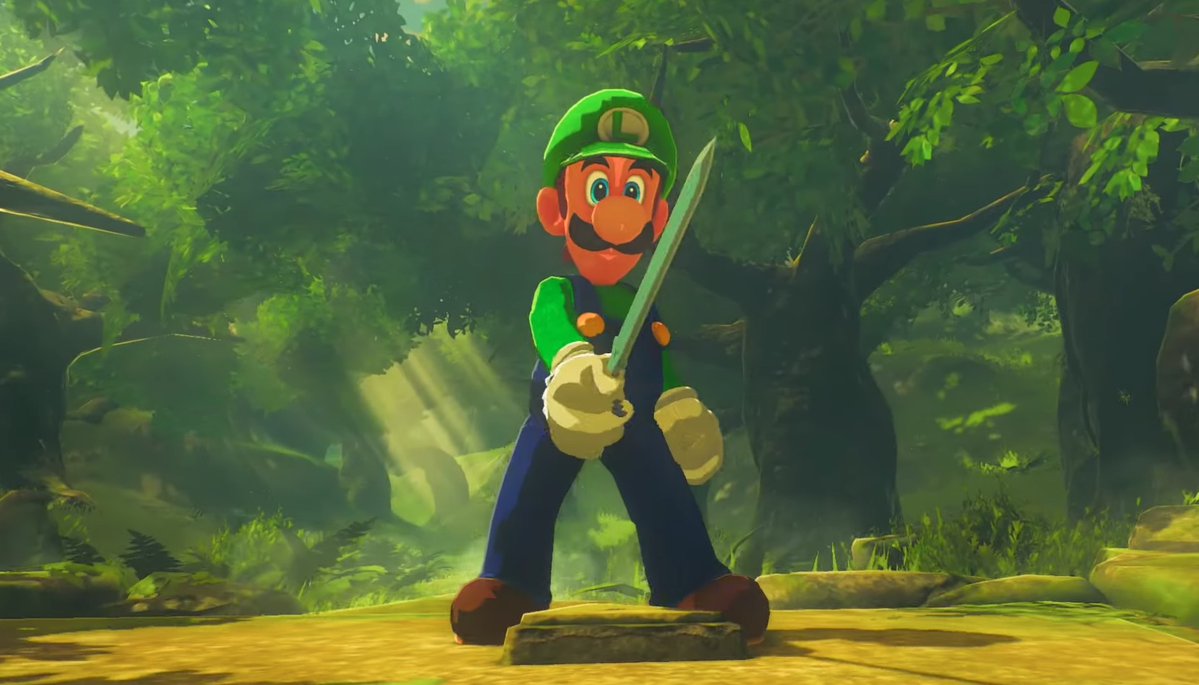 So, I decided to check out Cemu for myself.  For science.

We played Mario Kart on the Wii (with a gamepad), Mario Kart 8 on the Wii U, plus Yoshi’s Woolly World and a few others.  My daughter absolutely loved and loves them.  But there are several drawbacks with playing the games in this way:

After toying with the idea for several weeks, I made the decision to pick up a Nintendo…Wii U.  (I know, I know…but I’m too poor for a Nintendo Switch PLUS games).

That’s a lie.  I actually made the decision to buy a Wii U bundle plus a Wii bundle, purely for a handful of Wii games, Wii remotes, nunchucks, extra controllers and, random peripherals and the sensor bar.  As a result, we now have a Nintendo Wii U hooked up to our TV, plus 17 Wii U games and 5 Wii games.  All for less than the price of a new Nintendo Switch.  And we’re having a blast. 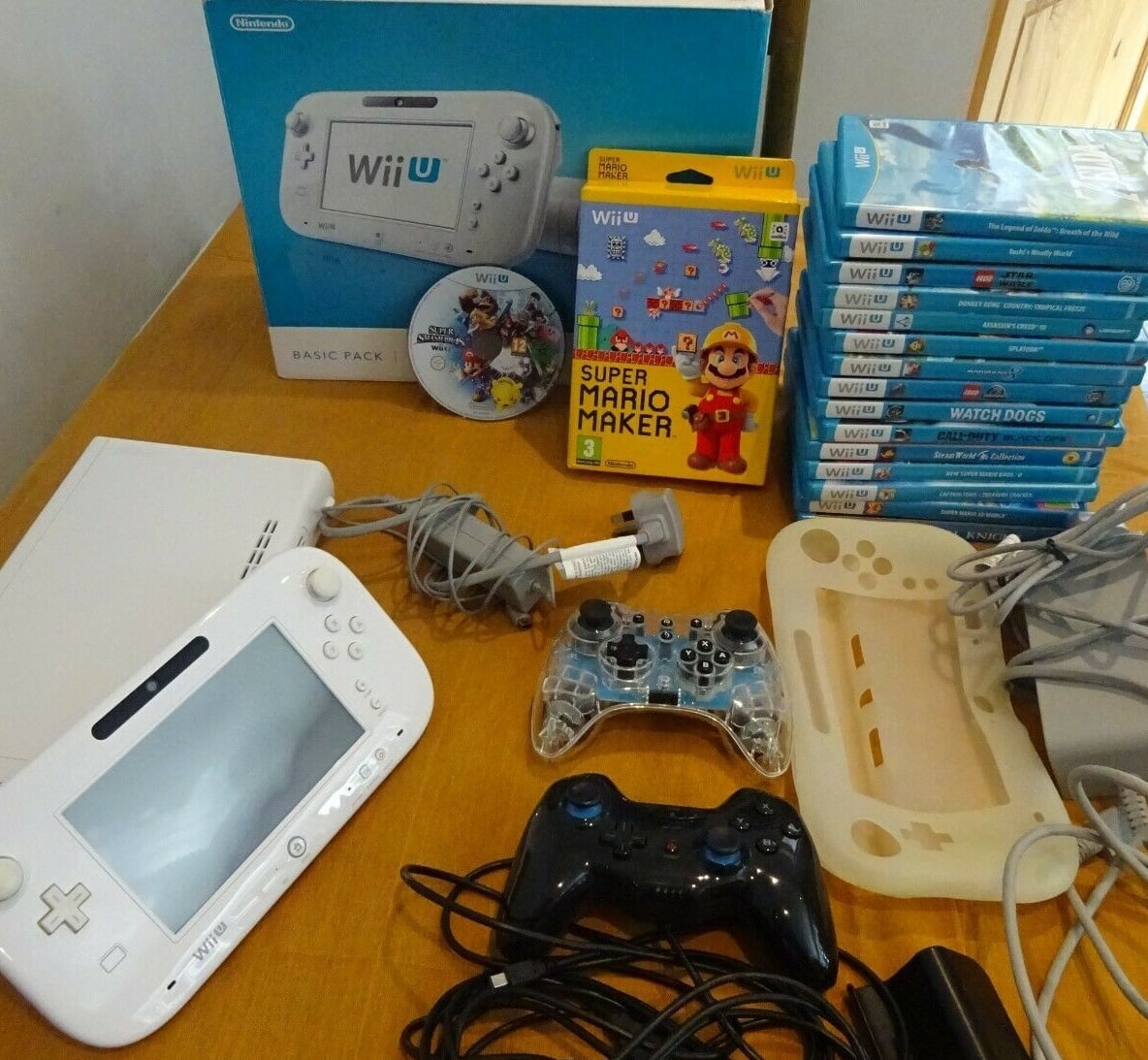 Some people may think that I’m stupid.  After all, Nintendo has seen none of the money that I have spent buying the pre-owned treasure trove of gaming memories – why not just keep playing on the PC and give them no money that way?  Aside from the feeling of being entirely unethical, I wanted my daughter to have the platform for herself and the games now feel like they are being played how they were meant to be played.  I also feel like part of the reason that Nintendo games and hardware retain so much of their monetary value is that they are timeless and people will always want to buy them – some people may not mind dropping a large amount on a controller knowing that they’ll get at least 50% of that value back when they come to sell it.  If no one bought the second-hand hardware, it may make buying official Nintendo hardware for a premium price an even tougher ask.

Or, maybe I’m just trying to justify why I’ve dropped a few hundred pounds on something I already sort of owned.  You decide.  Either way, I have absolutely zero regrets.

I may write an article about the Nintendo Wii U in the future, but in the meantime, if you’re an adult gamer with kids looking for a fairly modern Nintendo console for your children, make this be the one.  It is portable around the house, though cannot be used out and about like a Nintendo Switch.  It is surprisingly light considering the size, can play the old Wii classics too, and has a formidable library of games – so good that those same games are being given a bit of a spruce-up and being re-released onto the Nintendo Switch, quickly becoming best sellers.  If we’re being honest, no one buys a Nintendo product for the graphics, it is all about the fun gameplay, and the Wii and Wii U catalogue has that in spades.

So far we’ve made good progress in working back towards where we were in Yoshi’s Woolly World, we’ve started Super Mario 3D world, explored a bit of Minecraft (which we’re sure to pour a few hundred hours into), lost evenings playing Mario Kart and Mario Kart 8 with the Wii controller in a steering wheel, and had fun while being dreadful at Wii Sports and Wii Sports Resort.  I have yet to fire up Breath of the Wild, but it is calling me. It is crazy to think that but for the shady world of emulators and access to games online, we’d never have considered playing these games and may have never become a Nintendo family again.  I don’t mean to condone piracy, but I am grateful that I had the opportunity to fall back in love with Nintendo games and that those moments have led me back to the official hardware – even if I’m late to the party.

With dozens of games we have yet to even try yet, I already know that this has been a worthwhile purchase for my daughter and the rest of our family.  And, who knows, maybe it will lead to me picking up the Nintendo Switch in a Christmas or two.