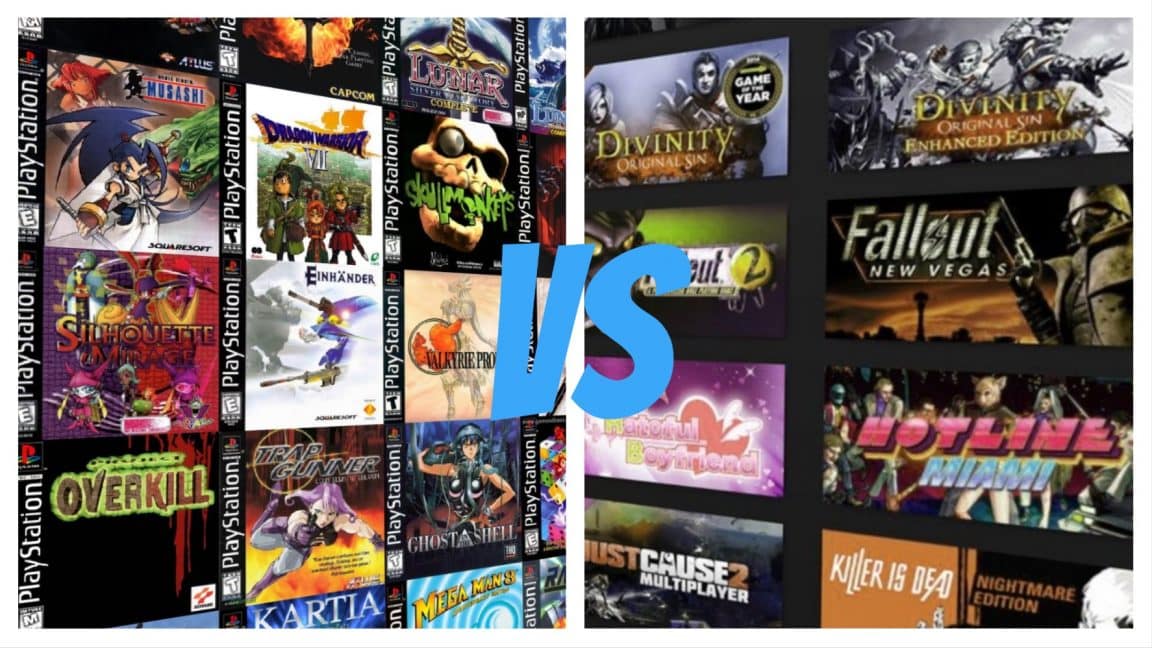 BY RYAN WILLIAMS: Believe it or not, digital copies of video games began back before the internet was a real thing in terms of video gaming. Atari actually provided a service in the early 1980s in which customers could use a specialized cartridge (remember those?) to connect via a telephone line and be able to rent a videogame for about a week. Of course, this being one of the first ventures into the digital world of gaming, it failed almost immediately, but at the time, Atari knew it was onto something and other companies such as Nintendo would soon follow suit.

Nintendo provided a similar service although only in Japan, in which customers would be able to download a game straight to their own floppy disk (yes, they made video games on floppy disks) using a jukebox style kiosk and allowed players to have the game for an unlimited time for a lower price than newer games. Many in the industry saw this as groundbreaking technology that would pave the way for today’s distribution methods such as Steam, PlayStation Store and Xbox Live Arcade. In the 1990s when the internet became more prevalent, other companies attempted their own brand of digital gaming but with very little success. The point is though, many of the industry leaders saw this as something that would be possible in the future and they were right.

The digital videogame market has blossomed into a full-fledged service that sees an annual income of over $6 billion dollars annually! That number is sure to increase with the continued success of the aforementioned services. With many video stores having gone away due to streaming services providing content that trumps the stock that a store could hold, we’re going to take a look at why so many people opt for digital versions of videogames as opposed to the physical copies that many collectors still purchase today.

Looking at the two major brands, PlayStation, and Xbox, they have recently released strictly digital versions of their next-gen consoles, the PlayStation 5 and Xbox Series X which provides consumers with the same platform but at a cheaper price. With the market not slowing down for digital videogames, fiscally, it’s a smart move, for the companies as well as the consumers. But what about those of us who relish owning the physical copy of a game? The joy of holding it in our hands, unwrapping it, and sliding the disc into the console for the first time? At this point, it really becomes a personal choice. Many players would choose the streamlined process of pre-ordering a game and having the ability to play it literally the second it releases without having to worry about whether or not they’ll be able to get a copy. Just download it and you’re good to go right? You also don’t have to worry about the game getting broken, damaged, or lending it to a friend whom you never hear from again!

Well, there are some downsides to that aspect as well just as there are upsides to purchasing the physical copy. When you purchase a digital copy, the game is placed into your library and you can download and delete it as often as you’d like. You’re able to load it up onto another console as well. So, you’re probably like “Great! I’m not seeing any downsides here! Free reign to do what I want with my game and my console was cheaper too!” The caveat is, what if you don’t really like the game? Or maybe you’ve played it so much that you’d like to get rid of it? You can’t really. We mentioned just deleting it, but you then get nothing in return for your digital purchase.

Physical copies provide so much more opportunity and freedom. Plus, they look great in your collection! Say you’re done with a game and want to check out the next game you’ve had your eye on. Just take it to any game store and trade it in or sell it. It won’t be what you paid for it, but it is something towards your next purchase which is essentially getting a bargain. You also don’t have to be a technical wizard in order to put a disc into a console. I’m not saying digital versions are more difficult because realistically, they’re not, until you purchase a new system or want to download it onto another account or a friend’s system. The company owns the digital version more than you technically as well so there are limitations as to what you can do with it. Physical copies become yours to do with what you will.

At the end of the day, it is a personal choice. It could make more sense to go the digital route especially if finances are a little tighter. You’re also still getting the product you want at the same price and with relative ease compared to trying to get your hands on a physical copy of a popular game. Personally, I enjoy having the physical copy because I not only play videogames, but I also collect them. So, it’s always nice to have the game I love sitting in my collection to be able to just plug and play when I want without having to worry about an internet connection or the digital store being down for maintenance for example.

It’s going to continue to be a debate for years to come because as we know, both ways make the company money so they’re not changing it anytime soon, it really will be up to you and your preference.