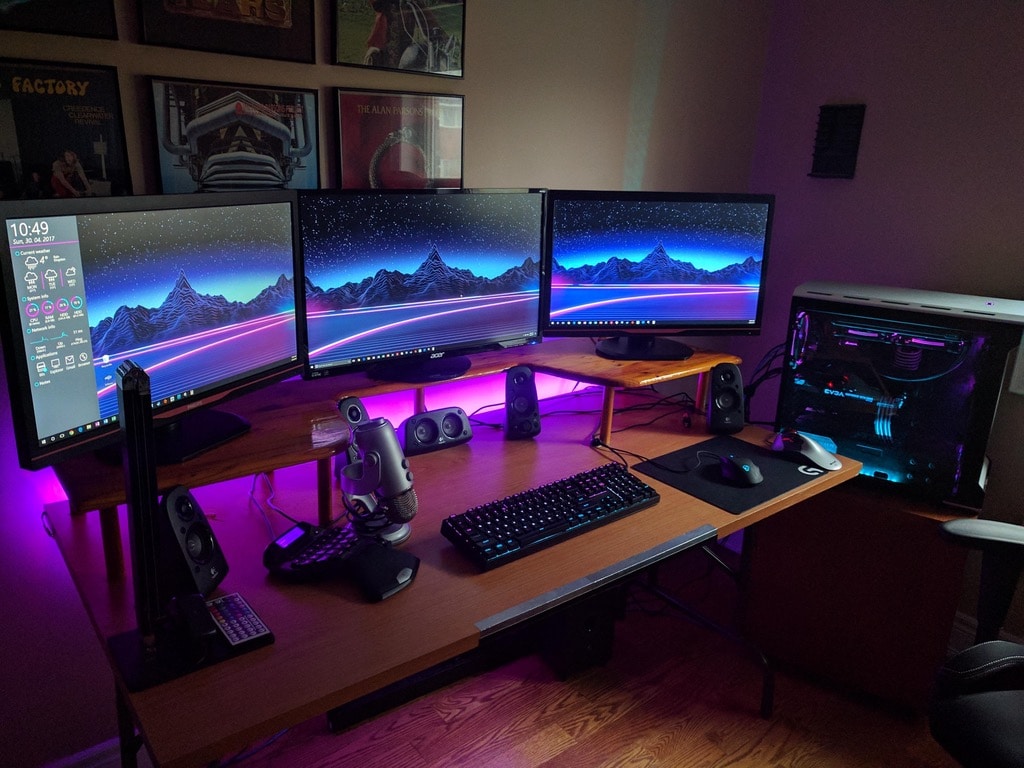 Many console gamers cite the cost of building a gaming PC as a prime reason for sticking with Sony, Microsoft and Nintendo’s hardware.  Yes, building a PC, or buying one pre-built, is an expensive initial outlay, but the cost of games is factored into the mix, grey starts to emerge from the clear-cut black and white argument.

This isn’t an article to bash console gamers.  I’ve owned a variety of consoles throughout my life and I occasionally glance envious eyes over at the exclusives being enjoyed by the red, green and blue camps.  With that being said, the cost of being a PC gamer isn’t anywhere near as expensive as you’d think, and I think that point is missed when looking purely at the cost of the hardware.

SPOILER: Buying a gaming PC is more expensive than buying a console.

At the time of writing, here are the console prices on Amazon:

By comparison, a gaming PC with an RX 580 graphics card (which Google suggests is the equivalent to an Xbox One X – and we all know Google never lies), great specs and RGB (of course) is going to cost you £700.

Translated: you could have a normal PS4, an Xbox One S and a Nintendo Switch and have only paid £38 more than the cost of that PC.  Ouch.  I understand why that would make console gamers think twice about making the jump into PC gaming.

Please don’t let that put you off.

The cheap games make it worth it.

As I sit scanning through the latest deals on Steam, Origin, GOG and Humble Bundle, I’m reminded how much I love being a PC gamer.

Being able to pick up AAA titles less than a year after launch for £15 is amazing, and those Humble Bundles are a complete steal.

The free games make it worth it.

On top of the cheap games, there are regular free games given away by the likes of Epic Games Store, GOG and Humble Bundle.

For example, I have 70 games in my Epic Games Store library despite having bought zero games from Epic Games store.  They were all completely free – and the majority of the games have been titles I added to my Steam wishlist to pick up in a future sale.

The retro games make it worth it.

For those adult gamers (or curious younger gamers) who want to jump into some retro games, GOG has just about every classic game you could want to play.

Forget waiting for your console to re-release their classic games for a horrendous amount; you can pick them up for a few dollars and play them on your new hardware – no need to buy retro consoles unless you’re that way inclined.

Not having to pay to play online makes it worth it.

With the exception of a handful of subscription MMORPGs, playing online is completely free, too.  There’s no need to pay a monthly or annual fee just to play with your friends.

Not missing out on ALL of the exclusive games makes it…less painful.

Finally, if you’re a console gamer who loves their console exclusives, there are services like PS Now and Xbox Game Pass for PC which brings some of those titles over to the PC.

Games generally looking prettier and running better makes it worth it.

Try to think of your platform choice as a long-term commitment.

In the long run, picking up PC titles for less than their console counterparts, even around the time of release, adds up very quickly.  So too does being able to play online for free.

I’m all for players choosing their platform by the titles they want to play.  You might love Mario, or enjoy the PlayStation exclusives such as Horizon Zero Dawn, or, y’know…the exclusive games on Xbox that don’t also come out on PC.  And, that’s cool.  But, don’t dismiss PC gaming just because of the initial cost.  Long-term, it isn’t as expensive as you’d think in comparison to console gaming.