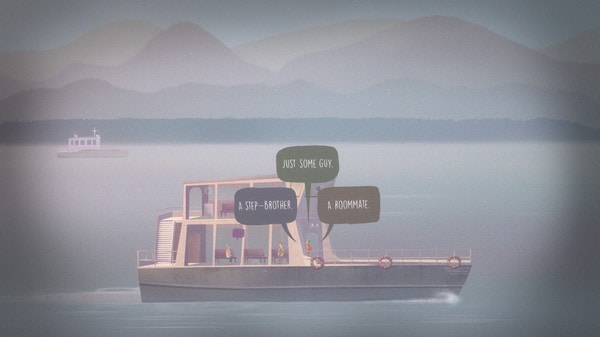 Oxenfree should be played in museums.

This will be a spoiler-free description of the game because spoilers are for chumps and Oxenfree should be experienced rather than dissected. I just finished this game for the second time and there is so much about it to appreciate. First and foremost, the narrative is incredible. The story focuses on a group of teenagers sneaking out to Edward’s Island. The player is put in control of Alex, a teenage girl who’s recovering from her brother’s death. As for what kind of person Alex is beyond that, well, that’s up to the player. There are major choices to be made throughout that can affect whether or not your friends leave the island alive, but there are also more subtle choices, such as grabbing a beer when everyone is sitting around the fire or accepting a cigarette from your new stepbrother who has tagged along. All these actions and choices carry weight towards the ending the player receives and what kind of person Alex is at the end of the game.

The great writing isn’t the only thing that makes Oxenfree standout as one of the best stories in video games. The voice acting in this game is phenomenal, like something Pixar would be proud of. There is real emotion in the characters’ voices that makes the player care about what happens to them. The music is very 80s-esque, because nothing goes with supernatural like techno. The art style is cartoony, creepy, and realistic all at once. 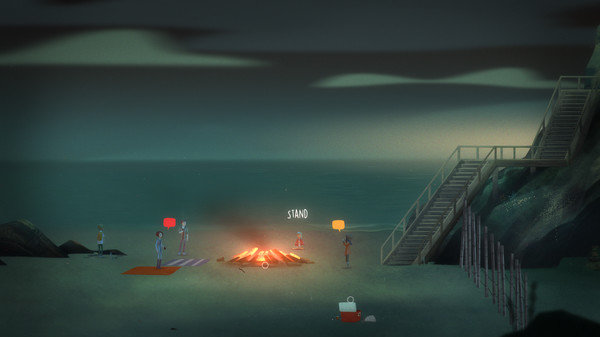 Oxenfree is not a game that should be rushed through. This isn’t for players who simply want to shoot at something. During my second playthrough, I realized there was much more to the game’s narrative. It’s an experience I’ve realized can be revisited and altered with more than two playthroughs. Without spoiling anything, I will say that there is an option after your first playthrough that allows you to change the outcome of the entire story which is an incredible feat considering the game already has multiple endings.

There are many reasons why I’ll revisit Oxenfree in the future. Based on two playthroughs, I know the game has many more secrets to unravel. It’s a fairly short game. Hell, I might just play it again to enjoy the gorgeous visuals and sound. In all regards, Oxenfree is a brilliant piece of art.