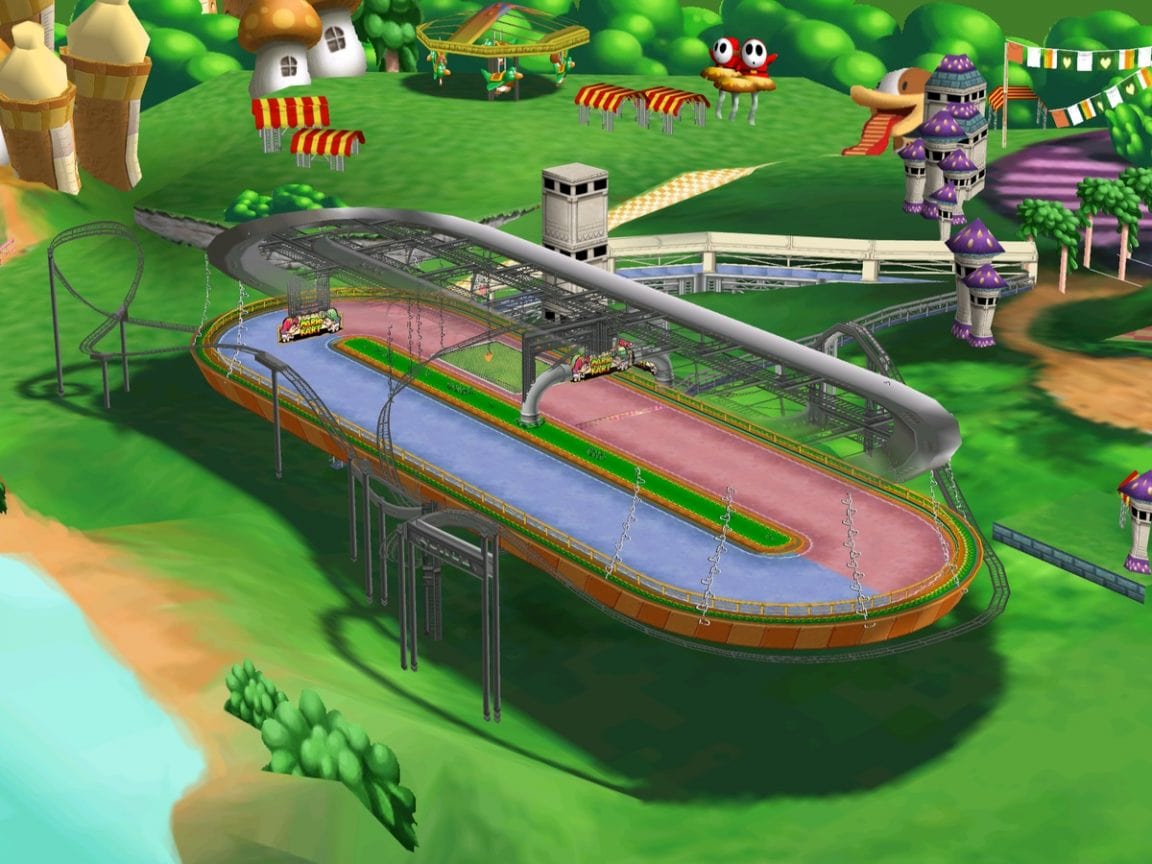 Back in the days when DLCs were called expansion packs, there was nothing quite like getting your hands on more of the content you loved. To warrant the creation of one of those huge PC gaming boxes (why were they so big?) it really made sense to pack in as much as you could.

I can’t get on board with the modern interest in new skins and models. It baffles me that some gamers will pay extra for deluxe versions of games to simply get cosmetic upgrades. For me it was always about more levels to explore, fun new weapons and perhaps more characters to fire them at. The more, the better.

I guess for me, across all media, quantity was king, because I assumed the quality would always be there. I remember being disheartened when Sonic Youth released a new album with only seven songs on it. And I’m paying £15 for this? (it did turn out to be one of my favourite SY albums – Murray Street.)

This idea reached its apex for me with a new release of Mario Kart. Not an expansion, but a whole game that would develop and reinvent previous ideas. 2003 saw the release of Mario Kart: Double Dash for the GameCube. My housemates and I had played Mario Kart 64, released 6 years earlier, to oblivion and back. It felt like perfection. Shiny new graphics would not be enough to win us over.

A key mechanic was the dual racer system, with karts shared by two characters, each with their own special move. But for me, it was all about the tracks. If we were to be playing this for another 6 years, we needed some detailed, challenging tracks, full of nuance and opportunity.

Three tracks into the opening Mushroom Cup and we get to Baby Park. And the gut reaction is – really? One of only sixteen tracks Nintendo chose to include, and this made the cut? It makes Sonic Youth’s Murray Street look like The White Album.

For those who don’t know, Baby Park is a simple oval. It takes ten seconds to complete a lap. There are no obstacles, dangers, falls and threats of any kind. The only quirk is that you have to complete seven laps instead of three. 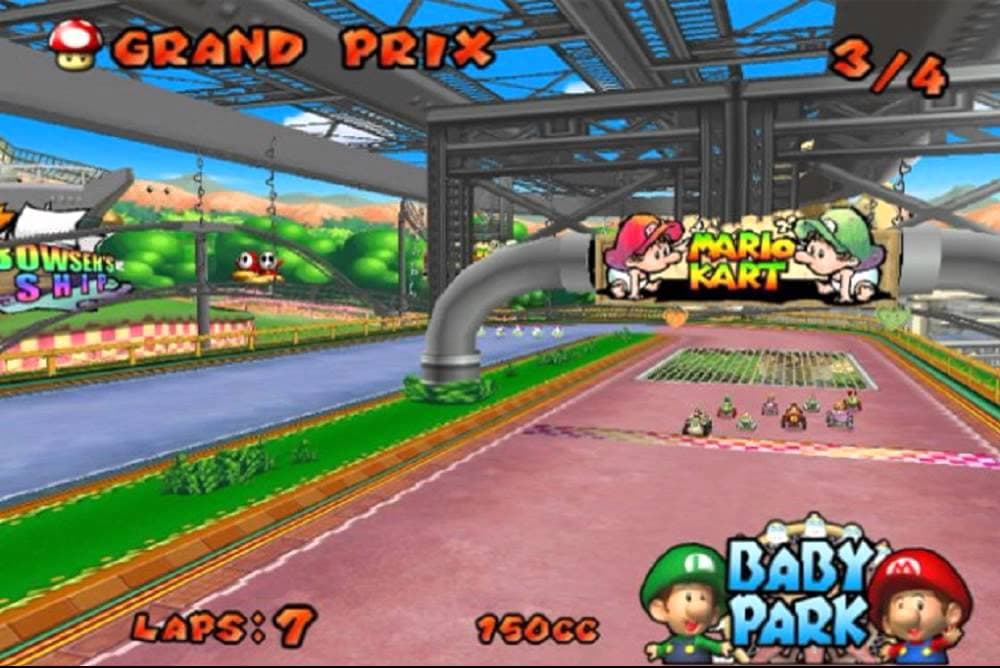 I couldn’t believe it. Instead, I found joy in the active traffic of Mushroom Bridge / City and the craziness of Waluigi Stadium / Wario Colosseum.

But then, as the game opened up over multiple all-night sessions, I began to appreciate the genius of what might, in fact, be one of the best Mario Kart tracks ever.

The first piece of inspiration is the lack of a barrier in the middle of the oval. It sounds minor, but it makes a world of difference. Those special weapons each character has fully come into play. Giant Bowser shells ricochet across the whole track. Giant bananas can be thrown to the otherside of the divide. The Koopa Trooper’s three green shells can be expertly used to cross the threshold. No other track invites the possibility of last place being able to screw things up for those up front so easily.

With the exception of the blue shell of course. But here that has its own unique strategies. If you are about to be hit by the dreaded can’t-miss projectile, you can throw yourself towards the centre and have a good chance of taking out those further back at the same time.

Among all this chaos, you have the simple goal of pulling off 14 perfect powerslides. But add in new mechanics where you can slide into other players and steal their items, and blind corners where even the lowly single banana skin can play a part and even that becomes a whole new experience.

The eternal question mark with any Mario Kart is whether the game is too geared towards luck, and whether the rubberbanding created through item allocation is too punishing for more skilled drivers who spend most of their time at the front of the race. 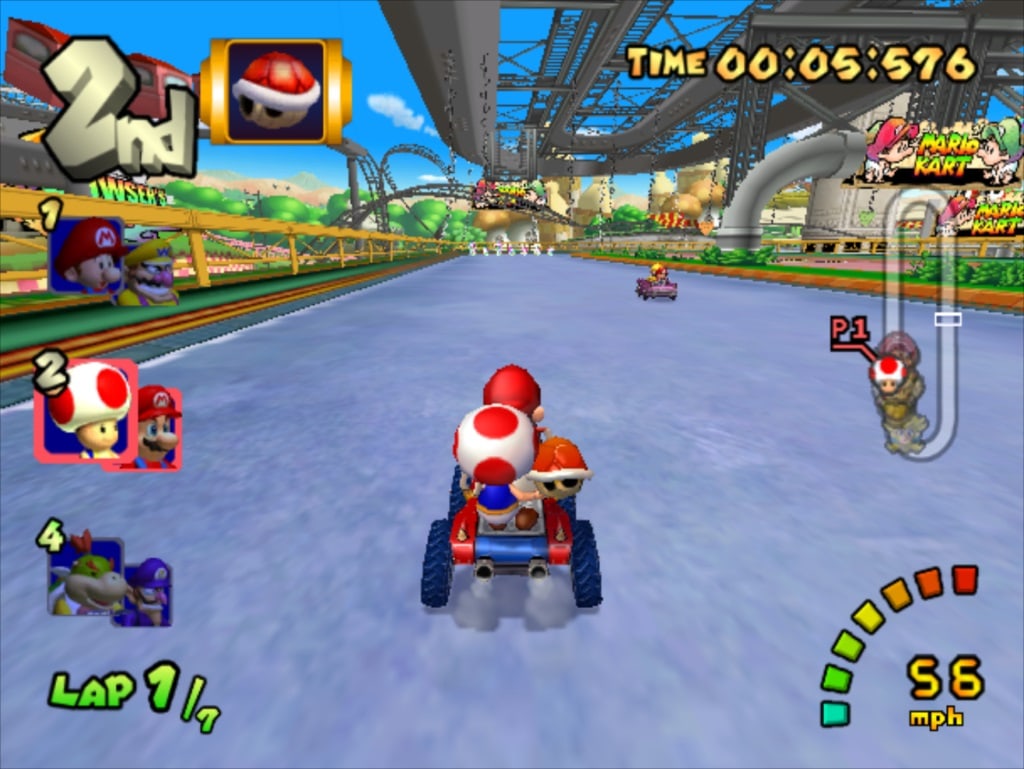 The tightness of the Baby Park experience removes this to some degree; you’re never going to be in the lead for 3 minutes of the race, not seeing another player, then get nuked by a Blue Shell 50ft from the end and come third. But also, the sheer frenzy and unpredictability make those flaws more forgivable.

So sometimes, less is more. A brave design decision can make a big impact and experimentation should always be applauded. In comparison, N64s Rainbow Road is largely regarded as one of the most boring tracks in the franchise. Taking nearly 6 minutes to complete, it is long, looping and looks good. But it’s empty of invention; quantity over quality. I’d take five trips around Baby Park over that any day of the week.