You’ve heard me whine like a baby about my lack of time to game now that I’m an adult gamer. So, with that in mind, why do I even bother with online games?

A part of me clings to the notion that one day, somehow, I’ll be able to compete with the teenagers who dedicate every waking second to mastering the game.  Every time I pick up a rare victory, score a fluke goal or land the final punch I feel a sense of true achievement. I sure showed them. Even if those experiences are few and far between.

I’m actually doing myself a bit of a disservice here: I’m not terrible at online games. I’m pretty quick at figuring out what makes a game tick and how to be reasonably good at it, even with my lack of time. A game in Rocket League rarely goes by without me registering at least one goal, and I can usually hold my own in any online FPS – albeit it being mid-table in the rankings. I’m an average online player, but given the time I have to dedicate to these games, I’m quite proud of my generic performances. 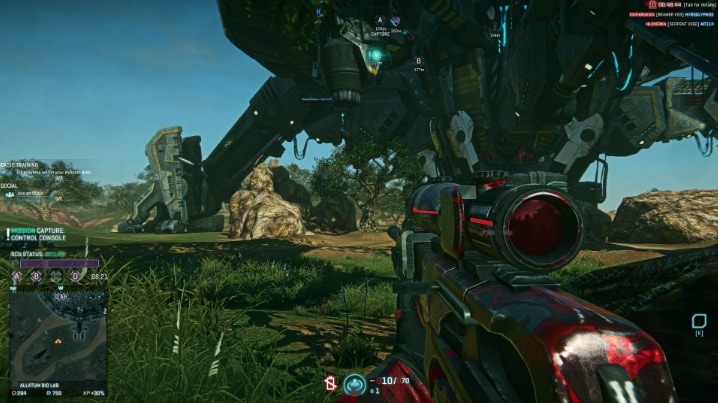 Another reason I keep returning to online worlds is I quite like the social aspect, which is ironic given I rarely use a microphone or type.  That’s right; I’m an anti-social social-fiend.  But, there’s just something about walking through an online world, or lining up in the middle of a sports field, knowing that every character within eye distance is a fellow gamer, somewhere.  Growing up I longed for experiences like these, and now they’re reality.  I don’t let the fact that everyone is a hundred levels above me, or that half of the people on my server are racist idiots, ruin the experience. I enjoy the games for what they are.

Walking through the streets of Los Santos in GTA Online, I never know what I’ll come across.  As a blip approaches, there’s every chance that that player is coming for blood, but equally, he may just be driving a beaten up tow-truck blasting his French horn on the way to the beach.  I’ve seen an army of bikers slowly cruising through the city, and I’ve seen aerial battles waged between a handful of fighter jets.  These are experiences that do not happen in the core game and are truly spontaneous, requiring a handful of gamers to come together to create that moment.

In Rocket League, I know it is very unlikely that I’ll be one of the players who can boost into the air, beating everyone, scoring 3 or 4 impossible goals in a game.  And that’s fine with me.  I score some decent goals, and every so often I pop up with something special, but equally, I appreciate just being a part of a team of strangers working towards the same goal and seeing what happens. 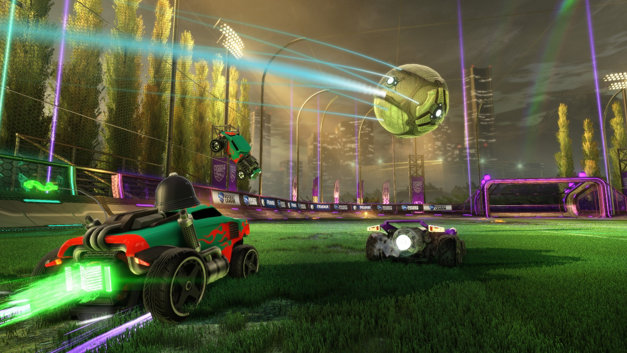 Exploring the world of Black Desert Online, I know that I don’t have the time to get heavily involved with horse breeding, or fishing, or trading, or anything that the game promises – and that’s okay, too.  I love just walking around, watching everyone enjoying the game in their own way.  I like climbing the tallest buildings and surveying the beautiful surroundings.  I like tunnelling down into caves to see what beasts lie within.  I like hopping onto a random boat and going along for the ride.  The world is so beautiful, and the characters created by gamers are so unique that I can’t help but rapidly spam my screenshot button.

Leaving snowy footprints in the back alleys of New York City, The Division is another game that I can’t help but go back to time and time again. I don’t have the time to get the best loot or to hold my own the Dark Zone (I’ve never extracted a single item – not one).  But I still love walking around this legendary city, giving bottles of water to those in need and waging a one-man war against any gangs who cross my path. And I also love the matchmaker facility – I’ve never had a problem finding similarly levelled comrades to take down an army of hostiles with.

Charging across the sci-fi battlefield of Planetside 2, surrounded by fellow troops, tanks and quad bikes while an aerial battle takes place overhead.  Out-skilling an opponent on Fifa, weaving through his defence before powering a shot past the goalkeeper.  Knowing that these experiences are not scripted makes them extra special.

It just goes to show, you don’t need to be good at something to enjoy it.  It sounds like a bit of a cliché, but sometimes there can be more joy in losing a closely fought encounter than crushing an opponent in a victory (though, those are nice too!)