BY STANLEY EVANS: I kept hearing all the hullabaloo about how polarizing No Man’s Sky was. There were features initially promised that were not delivered at the game’s release. Many players, based on what I could tell from various reviews across different platforms, were jilted from receiving an unfinished game. I had also heard that the developers continued to support No Man’s Sky well after its 2016 release with the intent to make a better product. I’ve had zero experience, directly or indirectly, with No Man’s Sky and wanted to find out for myself. So I combed the nether regions of the interwebs and pirated the game. For science.

Now before you hit me with a virtual truncheon for theft, hear me out. What began as a simple “experiment” became a 10-hour courting of my procedurally generated universe. And I didn’t even leave the starting planet.

The Simple Life of a Cobalt Miner I opted to play the game on normal for my first playthrough. I debated whether or not I should make the leap to survival, but I decided to stick with the more forgiving difficulty so I could have a chance to learn the mechanics. Wise choice. There’s a lot to take in. I spent the better part of two hours trying to figure out how to mine resources and get my ship going.

My journey began on the planet Nurtoneh, a mountainous ice planet. I was impressed at how beautiful the spartan landscape was. There was white tinged with brown as far as the eye could see. I spent some time just walking and flying around to get my bearings, tutorials be damned.

Somehow, I wandered into an area rich in cobalt and copper. There were caverns full of grey pillars loaded with the stuff. There also happened to be a Galactic Trade node and a save point. The game constantly tried to gently nudge me into leaving the planet to put me on track to continue the tutorial stuff. I kindly ignored the notifications.

Since I had a sizable amount of carbon to fuel my mining beam and plenty of oxygen for life support, I popped in my earbuds, queued up a few podcasts and went to work.

I stopped at 5:30 AM, and I still wasn’t done. I had mined virtual minerals, refined them, and sold them for eight hours straight. Evidently, I have a galaxy to save, but I was more than happy with shirking my highfalutin duties as the Traveler to dig for minerals on an icy wasteland. I haven’t binged a game like that in years.

I did eventually continue with the tutorial, but only to get more access to the terrain adapter and a base. More mining stuff. I had it in my head that I was NOT going to save the galaxy – thank you very much – but go into business mining resources. I had it all mapped out: find cobalt and copper mineral deposits on the initial planet and set up bases and warp portals between them all. I would get rich by the sweat of my own brow. I even had a name for my business: SME Enterprises (my initials).

Traversing the galaxy? Screw that. Fight pirates and sentinels? No thanks. Unless it would benefit my business, I was content with exploring the vast reaches of Nurtoneh and making it work for me. I even managed to get a decent multitool and ship as a reward for my grinding. Why give up a good thing?

The End of SME Enterprises 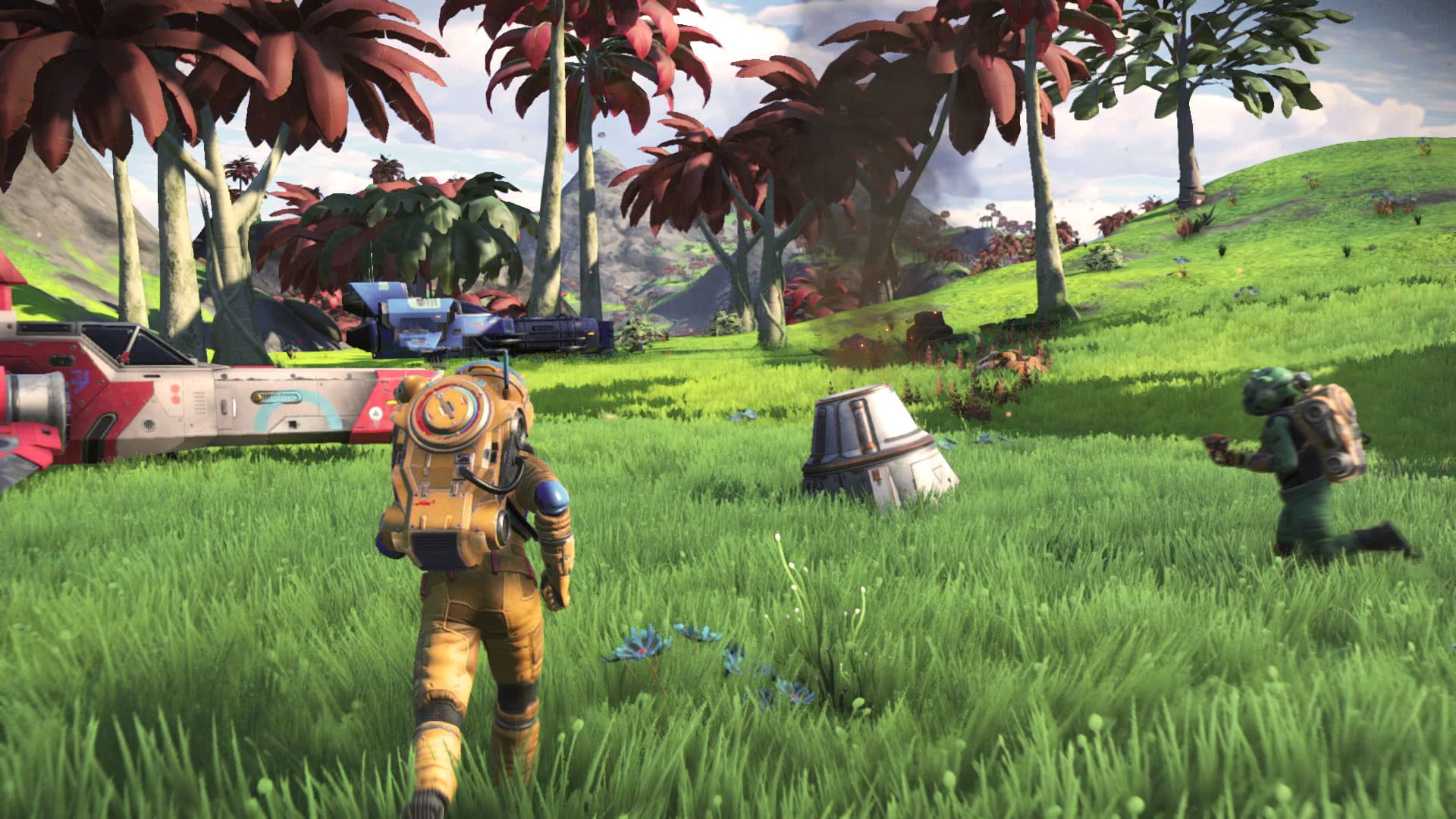 I then realized that I was doing a disservice to Hello Games by stealing their hard work.

The next morning, I deleted my ill-gotten software and the save game associated with my piracy. With the click of a button, SME Enterprises folded. Gone forever in the digital abyss. Planet Nurtoneh suffered the same fate as the planet Alderaan: destroyed without a trace, a distant memory.

I’m a pirate, but I’m a pirate with a heart. A hearrrrrrt. I bought the game like the honest cobalt miner I should be. I never felt so guilty about stealing a game in my life. My time with No Man’s Sky was absolutely amazing. I haven’t had that kind of fun in ages. Doom II has been the only other game where I can get lost for hours because of the sheer amount of content available.

There’s a lot of things that No Man’s Sky doesn’t quite get right. Combat, in general, is a little wonky, and the magic of the procedural generation starts to wear off a little once you see the repetition of a planet’s landscape. What keeps me coming back, though, is the beauty of the exploration. The game encourages going where no one has gone before. That’s where the magic is. You’ll never know what you’ll find if you look hard enough. And the scale is so massive that you can look and find things for a long time.

What I also love is Hello Games’ due diligence to stay true to the original vision. In an era where the goal is to get the money and run or cut one’s losses if the finished product is less than stellar, No Man’s Sky is the George Foreman of the gaming universe – down doesn’t mean out. I have a soft spot for developers that truly care about their work. Yes, junk is junk, and there are some games that are beyond redemption. But if the creators believe in their creation with the intent of delivering a good experience, they’ll have my utmost support.

It’s what made me turn away from my life of virtual crime. 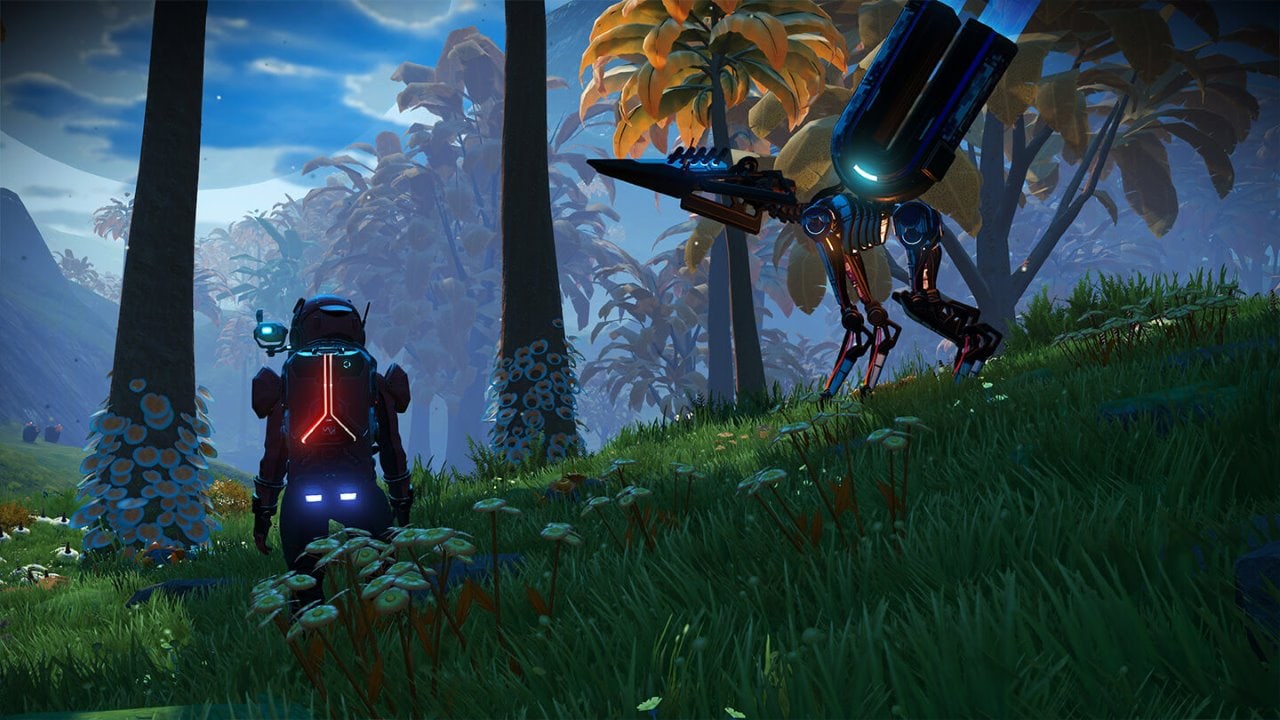 I will rebuild. Rebuilding seems to be the mantra for 2020. And the meta of such rings true. I will start anew on my next playthrough, with a clean conscience knowing that I supported Hello Games in their endeavor to make the best damn space exploration game. My measly dollars may not mean much, but I wish Hello Games well with future development of No Man’s Sky. I’m pleased with it in its current state, but I know there’s so much more potential for it to be better.

On my next run, who knows? I might end up mining for sodium. SME Salts Incorporated has a nice ring to it.