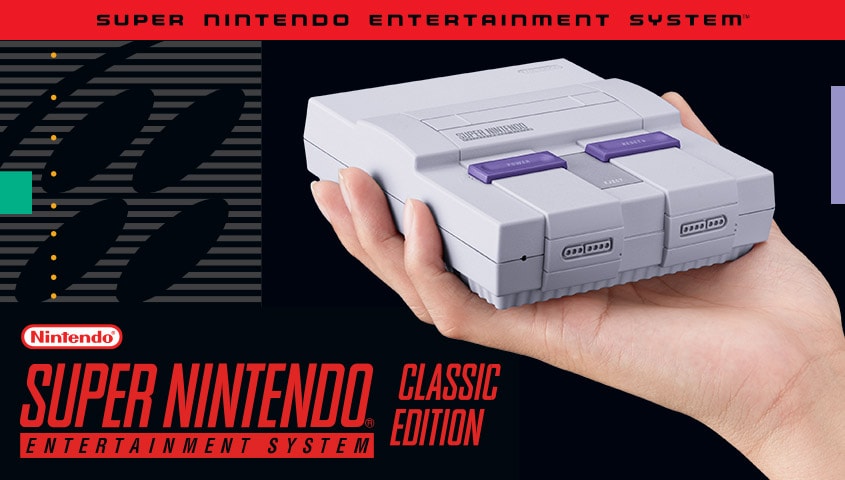 The SNES Classic Edition is packed with some of the best Nintendo games ever made.  However, there are some notable omissions.

Here are the 5 games that we really wish were included with the miniature Super Nintendo.

Let’s start off with one of the greatest video games ever made, shall we?  Released in 1995, Chrono Trigger has stood the test of time as one of the video game industry’s finest masterpieces.

Chrono Trigger features an action-packed story with substantial depth, telling of a boys quest through history.  Despite being released over 20 years ago, this classic had 13 endings, gorgeous pixel graphics and catchy music.  Its omission cannot be explained.

You wake up early to water your fields, work tirelessly throughout the day planting seeds and harvesting crops, until the sunsets and the countdown starts to when it all starts again.

It sounds like it shouldn’t be any fun at all, but you’d be wrong.  Natsume’s Harvest Moon series took farming, removed the tedium, and made it truly exciting, relaxing and enjoyable, all at the same time.

The recent runaway success of Stardew Valley owes a lot to this classic gem.

Super Bomberman is undoubtedly one of the best multiplayer games on the SNES – and that’s saying something for a console that could boast Mario Kart.

While many games were limited to two player action, Super Bomberman made use of the Super Multitap accessory to expand the Super Nintendo’s two built-in controller ports to a total of five.  Growing up in a large family, that was a blessing; I have countless memories of playing Super Bomberman with my brothers on my parents living room floor.

Super Bomberman also featured the classic Bomberman Battle Mode that has gone on to become a party gaming staple.

Seriously, how did they forget Tetris?  Sure, it’s been on just about ever platform ever but Tetris on the SNES just felt…right…second only to the original Game Boy.  Throw in some Dr. Mario and you’re onto a winner.

I’ve saved what I consider to be the best for last.  While the most recent iteration of Sim City left a sour taste in the mouth of loyal fans, Sim City on the SNES was revolutionary.

Players take control of a town mayor on a mission to build a metropolis (or megalopolis) from humble beginnings.

I distinctly remember sleepovers at my best-friends house, where we’d leave the SNES running all night so that we could wake up to an annihilated city but an over-inflated bank account to build whatever we wanted.

Plus, seeing Godzilla annihilating our city never got old.  Ever.