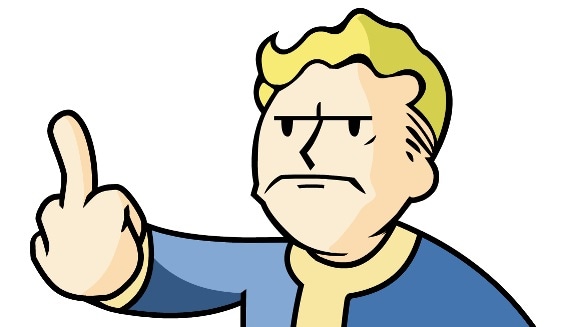 Since when are microtransactions “okay” if it’s only for cosmetic items?

That sentence alone shows how far our expectations as gamers have fallen.  Why should we breathe a sigh of relief when microtransactions do not block progress or in-game content and accept the loss of customisation without parting with cash?

I remember when earning different clothes in a game was seen as a reward, something to work towards.  I remember levelling up and getting different costumes, whether that be literally an outfit or just a cool-looking helmet that I could pair with a similar chest plate to make myself look awesome.

These days, most games allow that…except that players have to put up with having the shitty versions of the premium versions that people paid real money for.

These days, it isn’t unusual to see virtual clothes in games like Final Fantasy XIV and Black Desert Online cost more than clothes in real life.  But, most players of those games are accepting of that fact as long as it doesn’t impact the gameplay.  They see it as the lesser of two evils, accepting that it’s better to be screwed in a way that doesn’t ruin the gameplay.  Meanwhile, players like me who don’t want to look like carbon copies of everyone else have two choices: choose a different game, or get the credit card out.

Now, if we’re talking about free to play games then I could accept it.  Microtransactions are their sole source of income and heck, these developers have to eat.  But, if I’m being forced to forego access to content, even cosmetic-only content, in a paid game, then that’s ridiculous.  It’s the developers and publishers getting greedy and taking more than they’re entitled to from their community. I’m fine with having to earn the cool stuff.  I’ll work my butt off to level up to beat a boss and get some gear that I know the majority of players won’t want to put the time in for.  If anything, having players know that I killed a difficult boss or got X-number of kills with a weapon to earn something that looks cool only adds to the reward.  It gives status.  But “oh shit, he dropped $20 on that” doesn’t have the same effect.

People naturally gravitate towards wanting to look cool, look unique, look the best.  Being able to mix up your cosmetic items gives players the opportunity to put their own identity into their characters.  Developers know this; most promote the fact that you can unlock gear to create your own look.  It’s what they want you to do because it feeds part of the addiction to keep you playing their games and feeding into their ecosystem.  They hook you in then when you realise that you’re only going to be rewarded with shitty gear without gambling on loot boxes or straight up paying for cosmetics, they know that a decent percentage of players are going to cave and pay even more money to get access to the cooler cosmetic items.  The rest of the players just have to put up with constantly having the in-game storefront rub in your face that you didn’t spend enough cash to keep up.  You’re a second rate gamer to them, having only paid part of the entry fee.

Micro-transactions for cosmetic items are disgusting and more people need to recognise that fact.  Cosmetic items are an important part of any game that gives players the option to make your character unique.

Cosmetic items locked behind microtransactions is paywalled content, plain and simple.  There’s no other way to look at it – it is content that can never, ever be accessed or achieved without parting with real-world cash.  Why should that ever be acceptable when we’ve already parted with money to play the darn game in the first place?  It is completely unacceptable.

I miss the days when you bought a game and got everything in it.  No day one DLC that should have been included in the base game, no paywalled cosmetics or additional game modes.  You got exactly what you paid for and had an equal opportunity to earn everything in the game.  Sadly, gamers just getting into this hobby today may never know what that feels like.