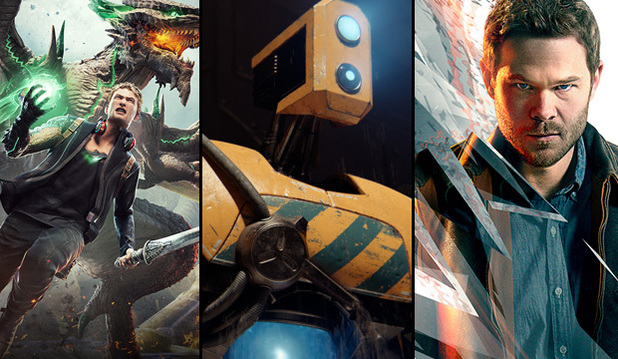 Forget all of the power under the hood, the Xbox One X isn’t going to be a success without enough exclusive games to warrant the purchase.

Xbox One X is a bit of a beast.  It completely overpowers the PS4 Pro and promises performance akin to a reasonable gaming PC.  When it launches this Holiday season it will set the console benchmark for power.

It’s a shame that power isn’t everything.

We’ve written a lot about Xbox One X.  Before it launched we suggested potential names, we mused about the impact the system could have on VR and considered the games that could be launched as exclusive titles (spoiler: it was a short list).

It was so short that we’ve even written about how awesome it would be if Scalebound was still in production in secret, to have an impact similar to Breath of the Wild on the Nintendo Switch launch.  While that is still possible and stranger things have happened, it’s extremely unlikely to happen.  Scalebound is dead, and Microsoft only has a handful of Xbox One exclusive games that could justify the Xbox One X.  The truth hurts.

The Xbox One is significantly behind the PS4 in sales, even the Xbox One X is unlikely to close the gap.  Sony just has too much of a lead to consider a comeback anything other than a wishful thinking for those in the green camp.

But, why is Sony so far ahead?  I think the answer lies in their formidable collection of exclusive games.

Horizon Zero Dawn, Nioh, Uncharted 4, The Last Guardian, Yakuza 0, Bloodborne, and don’t get me started about that The Last of Us Remaster.

And, that’s before we even get to beautiful games like Gravity Rush 2 and Persona 5.

As a PC gamer, aside from Breath of the Wild, the PS4 has the collection of games that make me consider picking up a console for the first time in years.

Microsoft has its own collection of exclusives, sure.  Halo 5, Gears of War 4 and Sunset Overdrive are a few notable mentions, but it must be said that many of the Xbox One’s best “exclusive” games also seem to cross over to the PC too.

Sony has heavily invested in exclusive video games for those who purchase their systems, which is the key reason they lead the market in terms of sales.  Microsoft should have saved the hundreds of millions of dollars they have spent designing and building Xbox One X and should have instead focused on making games that would make Sony and Nintendo fans envious enough to pick up an Xbox One.

Without the exclusive games, Xbox One X is little more than an overpowered beast with slightly better-looking versions of games readily available on existing systems.  The most hardcore of gamers may consider picking one up, but those happy with the already incredible graphics being displayed by their existing consoles aren’t going to have enough of an incentive to part with their money.