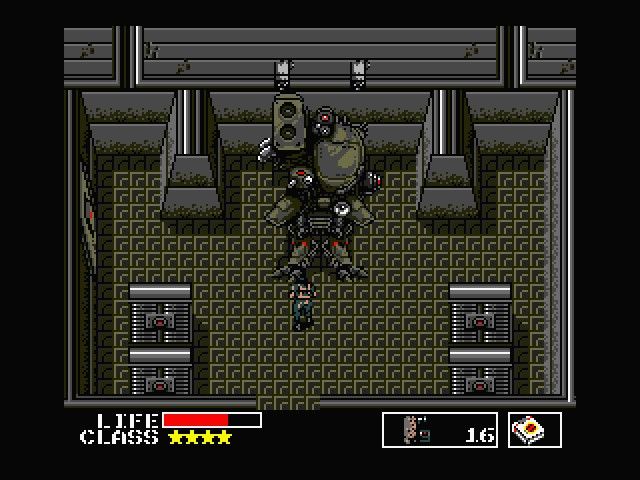 Snake. As a gamer this means far more than a slithering reptile, whether it be Liquid, Naked, Solidus or, of course, Solid Snake.

At the beginning of July 1987, a new game hit the shelves called Metal Gear, featuring an intriguing special forces operative, code-named Solid Snake. This is a major point in gaming history. Thirty years and counting, of sequels, prequels, remakes and special editions, later and the Metal Gear series of games is one of the most successful, popular and well-known. Despite the prolonged popularity of the series, Metal Gear was initially released solely on the relatively unknown MSX2, which saw barely any sales outside of Kojima’s native Japan.

What could have so easily been an experience quarantined to The Land of the Rising Sun, fortunately, became a phenomenon for gamers across the globe thanks to the release of Metal Gear Solid in 1998. Many of us had to go back and experience where it all began by playing ports released on special editions of later entries to the series: such as Metal Gear Solid 3: Subsistence on the PS2.

In Metal Gear, Solid Snake, the enigmatic character that would become the hero of many young kids in the late ’90s, has to infiltrate ‘Outer Heaven’, rescue Grey Fox and ultimately to destroy the eponymous nuclear weapon. While more simplistic, many of the familiar features of an MSG game are present. Big Boss is present right from the outset, although we don’t know that Solid is one of his three cloned sons at this point, and, you’re issued with essentially what is a Codec but is referred to simply as a transceiver and sadly, the notorious sound that is synonymous with MGS is notably absent. There are also no boxes to hide under, no Otacon to talk to, no tranquillisers to shoot at unsuspecting goons and no boobs to perv over, but the anniversary of Metal Gear should be respected.

Metal Gear is a 2D top-down action game heavily reliant on stealth mechanics released at a time that precedes even the earliest experiences of the average Grown Gamer, but its significance to the gaming community is self-evident. This straightforward little game released on a niche microcomputer in Japan kick-started a series that would captivate audiences for the next thirty years and produce a mass of dedicated fans that worship the genius that is Hideo Kojima.

Ever since the mid '90s, when I could be found with a joystick in-hand playing New York Blitz and Asteroids on a battered, dusty old Commodore, I have been fanatical about gaming. Since then I have accumulated tens of thousands of gaming hours across a diverse array of genres on a multitude of consoles.

When I'm not attempting to win the Champions League with my local club, planning a strategy for world domination, or, pulverising zombies, I can be found in the mundane of the 'real world', trying to be a responsible adult.

Due to be married soon, but the consoles and gaming desktops are not at risk of being outlawed: fortunately, I found one of those elusive gamer girls!