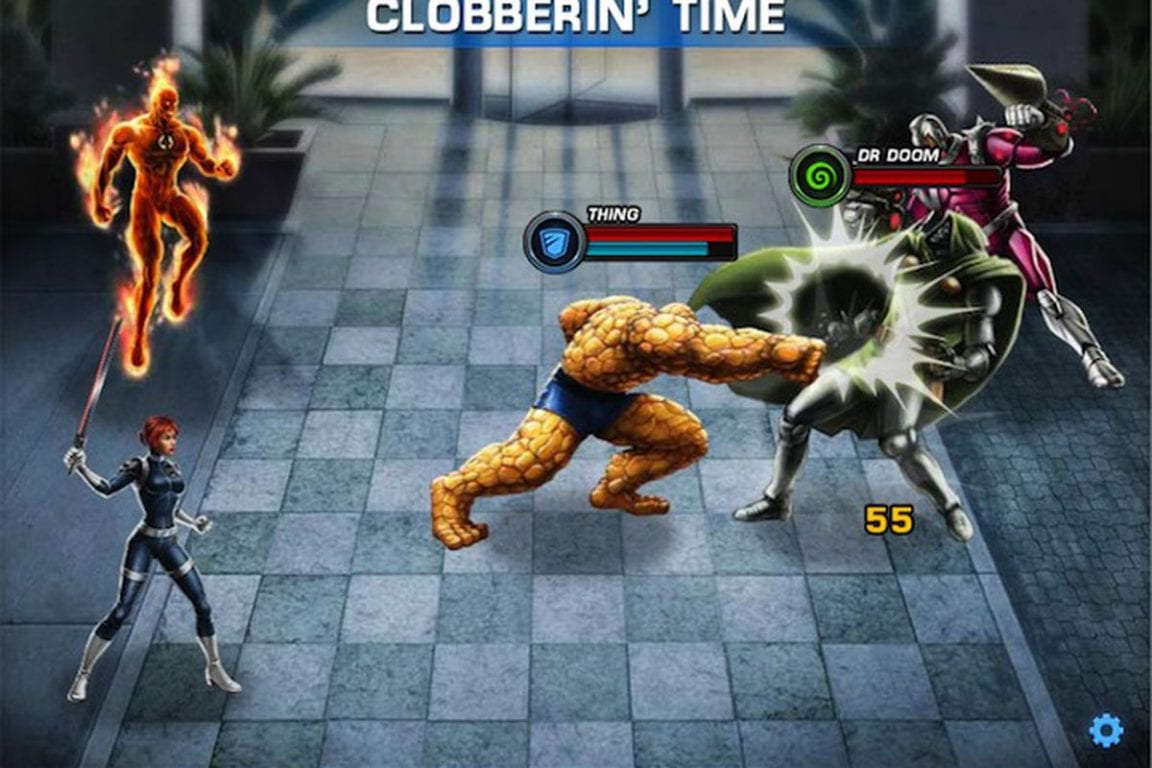 BY OLIVER ROBINSON: Remember the heady days of gaming in the early 2010s? The release of the Wii U, Skyrim being released for the (first) time, Slender suddenly catapulting YouTube accounts to thousands of subscribers overnight? And remember Facebook? Before Twitter and Instagram and Snapchat and the like, when everyone had an (active) Facebook account; you remember it, friending seven hundred people you went to school with, writing birthday messages on each other’s walls, learning slightly too much about your Aunt’s views on immigration.

But for me, when I think back to those days of early-success Facebook, there’s one thing in particular that sticks in my mind, one thing in particular that I remember seeing spread up and down my feed whenever I logged on. The games. Farmville, Frontierville, Bejewelled Blitz, about 600 identical ‘mafia’ games. Whenever I logged onto Facebook I would be inundated with messages from friends asking to send them ‘energy’ and ‘gifts’ and all sorts. Truly, it was a glorious moment in time for pre-teens and middle-aged parents everywhere. And I played a lot of these games; I had a farm, I dabbled in Words with Friends, I diligently avoided any inappropriate ‘gang-based’ games. But despite all of the Facebook browser games I played (and believe me, as a 13-year-old in 2011, I played a lot), there was really only one game that completely captured my imagination, that I actually dedicated time to, that I still think about sometimes to this day. That game was Marvel: Avengers Alliance.

Avengers Alliance originally started life as a tie-in game for a small indie movie called The Avengers, released alongside the film in 2012. It was a relatively innocuous turn-based combat/strategy game, wherein the player took control of a self-insert ‘Agent’ character, and had to work with the heroes (and later villains) of the Marvel universe to prevent evil – the usual sort of thing. The game released with 28 base heroes, including the main heroes featured in the film (Iron-Man, Captain America, Hulk, Thor, Black Widow and Hawkeye) as well as some, pre-legal battles, characters and groups, like the Fantastic Four, and some of the more popular X-Men (Cyclops, Wolverine, Phoenix etc.) It was fun, and kind of charming, and for an early-teens comic reader, I was immediately pulled in by the characters and setting.

Avengers Alliance would have been remembered as a relatively fun little tie-in game, had it been released and then been left. Except this isn’t what happened. Much as the Marvel Cinematic Universe started to grow, so too did Avengers Alliance. The game had released with 6 story ‘chapters’ (each chapter featured 5 missions, each with its own dialogue, story, and bosses) – by the end of April 2013, this had doubled to 12 chapters. Also added in this time were ‘Special Operations’: timed events that tended to last between 2 weeks to a month, that had their own stories, quests and villains. Completing a set number of challenges during these events would reward you with a new, Special Operations-exclusive hero. 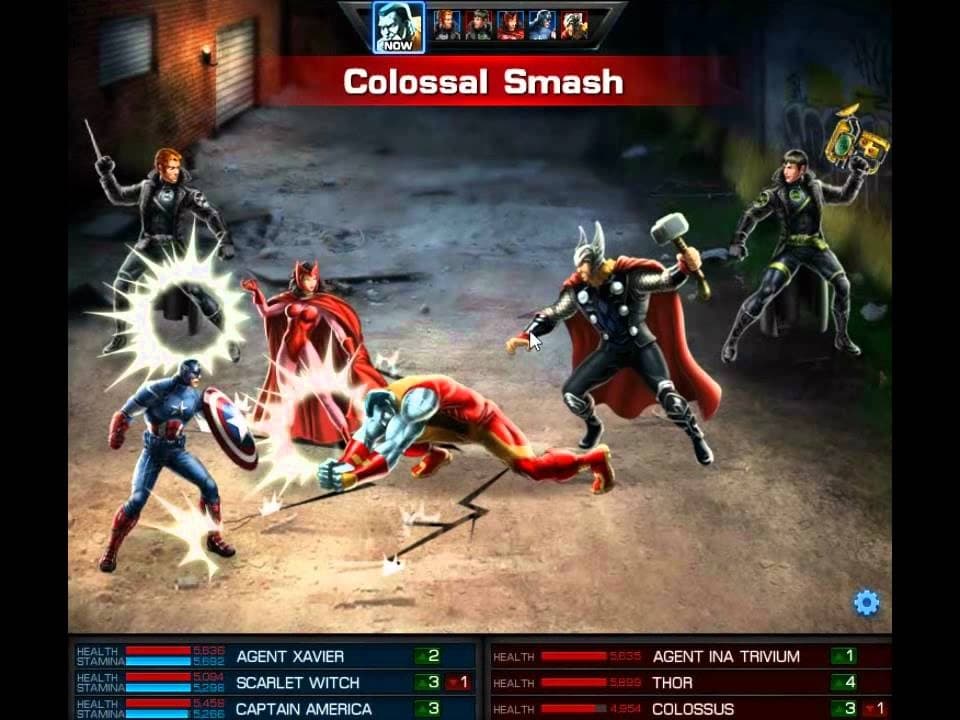 But there was even more to come. On the 1st August 2013, the much-hyped ‘Season 2, chapter 1’ was released. This not only promised 12 more chapters, but much of the game had, or was in the process of being, revamped by this time. PvP had been redesigned, split into competitive seasons, with players placing in the highest tiers being awarded an exclusive hero (that would later become available to all at about 150% the price of normal heroes.) Older heroes, like Cyclops and Wolverine, would get completely reworked so as to minimise any power creep that had been suffered. Chapters were now more complex and featured different missions, my personal favourite being ‘Heroic Battles’, battles in which you were forced to use specific heroes against specific villains, with unique effects and dialogue – these felt more like puzzles than standard turn-based combat, and it was incredibly satisfying once you worked out exactly how to beat them. Even the sound design and music got a total overhaul. Yes, that’s right, a Facebook game was given an entirely new update of music and sound effects. Avengers Alliance even introduced the in-universe material ‘Isotope-8’ – an in-game currency that has been a constant in Marvel-brand games like Future Flight and Ultimate Alliance 3 ever since (it was even introduced into the actual comic continuity in 2014, under the new name ‘Neutronium.’)

For me at least, and I’m aware of how ridiculous this sounds considering the game was and always will be a Facebook game, Avengers Alliance was probably one of my favourite games to play during my teen years (along with The Binding of Isaac.) It was a perfect game for if I had an hour to kill, to load it up and mess around with different hero combinations in PvP, or try to farm a specific weapon for a bit. It was also (and I am also aware of how incredible this sentence is) the very first turn-based combat game that I had ever played. A lot of my friends were introduced to this archetype of game through Pokémon, but the pocket monsters had never really appealed to me – the colourful world of Spider-Man and the X-Men though? Sign me right up.

Sadly, Avengers Alliance was eventually discontinued, and taken offline completely, on the 30th September 2016 – just over four years since its release. By that point, the game had ballooned from 28 unique playable heroes to 166 (not counting the 70+ alternative costumes, spread across the entire cast, that would often change the play style of a hero completely.) There had been 36 separate ‘Special Operation’ events, and 32 separate seasons of PvP. It had covered several famous Marvel storylines (the Phoenix 5, Fear Itself, The Spider-verse and more), and even continued to host tie-in events to upcoming Marvel films. The game eventually ended, story-wise, with Adam Warlock and Phyla-Vell attempting to harness all of the ‘life essences’ of every hero in a desperate attempt to prevent their universe from collapsing due to ‘incursion’ events (essentially different realities colliding – Marvel used these to condense all of the different comic universes into one in 2016.) The final line of dialogue from the game comes from Agent Coulson: ‘See you on the other side, Agent.’

More personally to me, Avengers Alliance was taken offline on the same day that I started university, a couple of hours before I moved out – something that has always seemed strangely fitting, at least to me. I’m not exaggerating when I say that this silly, Facebook movie tie-in game was (and really still is) one of my favourite games. Not only did it serve as an introduction to characters and storylines that I wasn’t already familiar with (Kamala Khan, Kate Bishop, Anti-Venom – all characters that I first came across in MAA), but it also introduced me to turn-based strategy games as a whole. I would never have come across, and subsequently fallen in love with, Darkest Dungeon if I hadn’t been desperately trying to scratch that itch that Avengers Alliance left me with. Ultimately, I like to think that the game eventually outgrew its original creation as a movie tie-in game, and by the end had become its own piece of unique Marvel media.