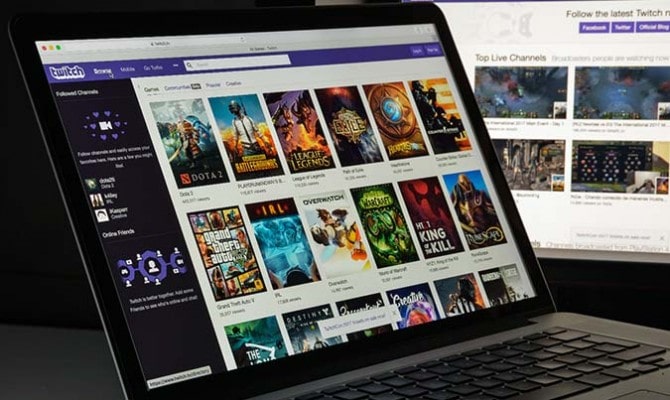 Something most people don’t know about me is that I love watching people streaming on Twitch. Most of the time, I’d watch Zant playing Breath of the Wild just for the kicks (despite having played it for over 600 hours myself).

I’m all about glitches in the game’s matrix and things like that because it usually ends up teaching me something I didn’t know about a game I love. I also learn new ways to get past an area that I’m having trouble with.

Don’t get me wrong: I don’t often give up when playing through a game. I don’t even like to look up YouTube videos or blog posts about how to get past the area giving me grief. But I’ll do it if I see absolutely no alternative to the issue.

I can’t tell you how many times I did that with Breath of the Wild shrines that gave me a headache during my first play-through. It gave me so many migraines for the first few hours of the game. I ended up getting the hang of it and finding ways to get through the shrines that may make you cringe in your seat.

But the point is that I do get through the area, a lot of the times without a hitch too. The more I play the game, the better I get at going through an area on my own.

However, there’s something magical about someone else streaming their own experiences going through a game or even speedrunning, for those who do that.

You won’t catch me speedrunning anything but props to you if you dig it. Here are just a few of the reasons I love watching folks on Twitch.

It gives a sense of community.

The fact is, I didn’t know a lot about the gaming community when I started playing video games in college. By then, most of the major social media platforms existed, though Twitch wouldn’t be around until about 3 or so years after I graduated with my degree.

When I found Twitch last year thanks to my younger brother, I was head over heels immediately when I saw just how many people were playing the “retro” games I fell in love with as a kid. In case you’re asking, I’m talking Banjo-Kazooie, Super Mario 64, Yoshi’s Island, Snowboard Kids, and more.

I didn’t realize you could even still get copies of the games in their original format until my brother asked for a couple of them for Christmas one year. When I saw all of this on Twitch, I almost screamed because it meant I found the community of my dreams.

It meant I could talk about these games with other adults my age without looking like a weirdo. Yeah, some people might still call me a weirdo but at least I found a community that doesn’t think like that.

I get new play-through ideas.

One of the best parts of watching someone stream a game on Twitch is the fact that it always seems to give me new ideas on how to get through certain parts of a game. This seems to be especially true when playing through Breath of the Wild.

I don’t know why I’m still playing the game at almost 600 hours but I always seem to think of new things to do. And no, I’m not playing it as much as I used to when I first got the game. I had no life for AGES and only just started playing other games in the last few months.

I have a stack of games for the PS4 that I have yet to pick up again but I’m watching people stream them on Twitch so I can get some new ideas on what to do in the games. I’m always open to new ideas and the streamers there seem to always deliver on that front, thank goodness!

I get to meet new people behind a computer screen.

One of the things my mother used to be worried about when I was growing up was just how shy I became in school. Most of that came from bullying from the other kids in my class when they saw how tiny I was and still am.

I don’t think there was a part of me that they could find a way to pick on me about back then. My mom used to get worried that I wouldn’t make friends I could visit in our area. When I started college, however, I got into role-playing to pass the time.

It led to me playing new video games I wouldn’t have found otherwise due to other role-players suggesting the titles. This, of course, led to me finding YouTube videos and Twitch. I found that I’m much better at talking to people behind a computer screen through the use of email and comment sections on social media.

I’m much more vocal when not talking to people face-to-face so I found this aspect of “speech” much easier. Because of the Twitch chat and YouTube comments, I’ve met more people online than I had in person for a long time.

Don’t get me wrong here, though. Of course, I have friends I see for coffee or hanging out in other places. I also spend loads of time with my family when I get the chance to do so but there’s always people willing to welcome a newcomer behind their computer screen when they come online. It’s nice, isn’t it?