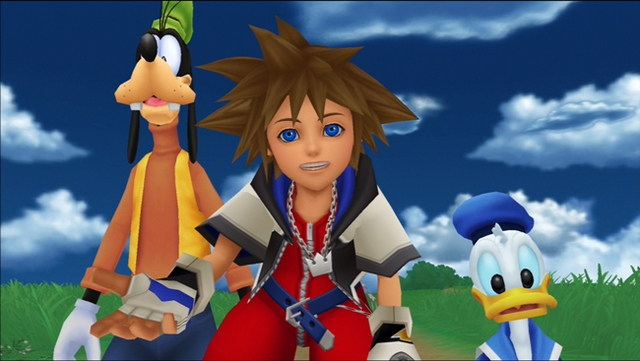 Are you a fan of Disney or Square-Enix? If so you should give Kingdom Hearts a try! A captivating story and all your favourite Disney characters come to life. This game series features a unique blend of Disney and Square-Enix’s Final Fantasy characters plus a few new ones!

Kingdom Hearts takes place in its unique universe that is an interesting blend of Disney and Final Fantasy. During initial play, it may not feel very much like either as it focuses on Sora, Riku and Kairi on Destiny Islands in a slow, tutorial sort of play. 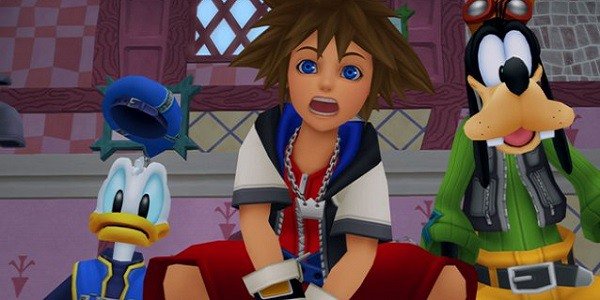 Kingdom Hearts’ real story begins when the Heartless attack Destiny Islands and Sora, Riku and Kairi are all scattered across the universe. Sora teams up with Donald and Goofy, sent by King Mickey, as the Keyblade Master. Together, our unlikely trio set off across the universe to different worlds which are all based on Disney Movies to intercept the Heartless and save the Princesses of Heart.

The story is packed full of references and characters from both franchises in the crossover. There are loads of things to do in this game from collecting the 101 Dalmation Puppies; to finding and uncovering the secrets of Ansem in his reports; to unlocking more of the story and worlds to travel between, you will love the nostalgia and references across this lovely game.

Kingdom Hearts is a decently lengthed game and will take you across a variety of Disney worlds to play through. Each world has it’s own unique mini-story that connects to an overarching plot. With Donald and Goofy by your side, you will travel through worlds, fight Heartless and save the Princesses of Heart all while searching for Sora’s friends Riku and Kairi.

Despite all the travelling and great Disney references, this is an action role-playing game and as such you will unlock new unique abilities for Sora, Donald, Goofy and a few others such as Aladdin and Tarzan. You can buy weapon upgrades and find new Keyblades for Sora as you go as well. 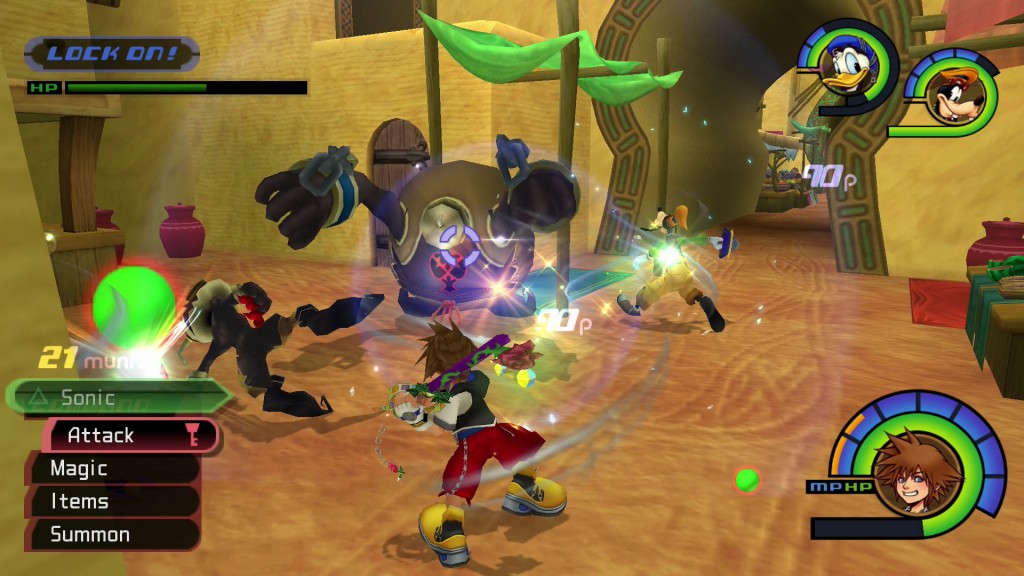 The fighting mechanics are a little button-mashy and switching between things like spells and items can be a little slower than some other games. Overall, the game proves to be a decent challenge, especially the boss fights, for newer and seasoned gamers alike!

Kingdom Hearts has an amazing story as well as fun and memorable Disney and Final Fantasy characters. It is sure to peak nostalgia while entertaining you with a unique blend of characters and stories.

It is currently free on Xbox One’s Game Pass and can also be purchased for multiple systems including PlayStation 3 and PlayStation 4. If you love Disney or Final Fantasy, this game is a must-play!