Let me do my adult gamer bit – or rather, young-before-my-time gamer bit – and go on a little rant on behalf of the kids of today.  The younger gamers who are just getting into this hobby that we all love so much.

As much as I envy those just getting into gaming now (God, I’d love to be able to get home at 3:30-4pm and play video games until bedtime again), I also don’t envy them.  Games as a service is the primary reason.

As a kid, I played a ton of Mario.  I’d spent countless days playing Super Mario on my Super Famicom, and I’ve even rebought an original console and version of the game to return to it when I’m feeling nostalgic.  Feels good, man.

It makes me sad that some kids today may not be able to return to their first games, or favorite games, in the future.  Fortnite, for example, is a huge phenomenon in the video game industry and I’ve lost count of the number of young family members I have who spend every waking moment playing it.  But, there will come a day when Epic will inevitably pull the plug on Fortnite.  Maybe it will be no longer profitable (well, with the way things are going, maybe not…) or maybe they’ll want to usher everyone onto a Fortnite 2 – whatever the reason, there will come a time when maintaining the servers no longer makes business sense.  When that day comes, the opportunity to play with other players dies with the game itself, denying anyone who wants to get a dose of nostalgia from doing just that. 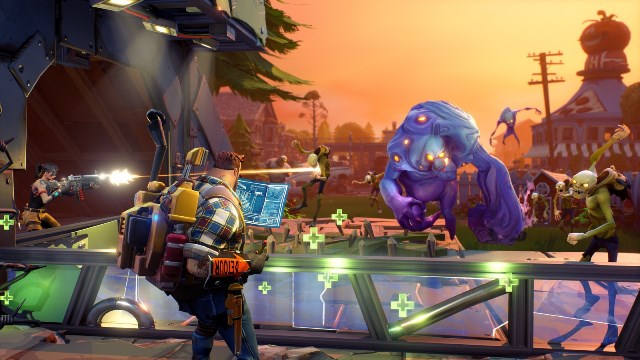 This isn’t an article about Fortnite specifically; there are a ton of “games as a service” titles that will one day cease to exist, robbing players of the opportunity to return to them.

I go hot and cold on games as a service.  On the one hand, I like that games can continue to evolve and be developed for years after their initial release, but the reliance on servers and always online mechanics give those titles a finite lifespan that will one day end.  I played a lot of PlanetSide and Phantasy Star Universe back in the day but can never return to those titles, and I always wanted to play The Matrix Online (just me?  K then) and WildStar, but they’re gone.

I’d be devastated if all the games I loved as a kid weren’t playable anymore because the servers went offline.  I’m blessed that I can either pick up pre-owned copies (often for a pretty premium price), play a ROM (shhh) or pick up a legitimate digital copy for a few bucks.  Some younger players will never have this luxury.