Being born in the mid-eighties, I can’t remember a time before having a console without interchangeable games.  I remember blindly choosing games for my Atari 2600 Jr at Toys ‘R’ Us based purely off of the covers, exchanging SNES games with friends on the playground, and being robbed blind when trading in PS1 games at my local game shops.

My children are being raised in a world where they can purchase and download a game to play immediately, making their Kindles and consoles even more adaptable than the relics that I was raised with.  While some of the magic is being lost in the switch to digital-only games, as a PC I myself primarily purchase games digitally.  It isn’t hard to imagine a digital-only gaming industry in gaming generation or two.  We are lucky to have hardware that allows us to play a variety of games on them just by switching out the cartridge, disc, or firing up another game file.

We have one man to thank for the freedom that interchangeable games gives us today: Jerry Lawson, the father of the video game cartridge. 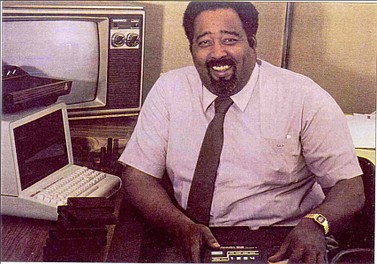 The fact that Jerry Lawson is unknown to so many gamers today is an injustice.  I myself was not familiar with Jerry until very recently when I watched the High Score documentary on Netflix.  I now know that Jerry was the creator of the Fairchild Channel F, the first video game console to have cartridges.  It cannot be understated how important that innovation has been to the video game industry that we all know and love today.

When home consoles were first introduced, they had just one game installed on them.  This meant that people could only play one title on each console, such as Pong.  This made gaming an expensive hobby at the time, more so than today. 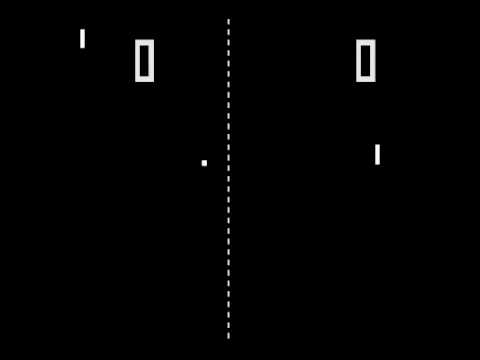 Born in New York on 1st December 1940, Jerry Lawson was an engineer who had worked in the defence electronics industry before joining Fairchild Semiconductor in 1970.  Though Fairchild was not involved in gaming at the time, Jerry earned the opportunity to work on their first console, the Fairchild Channel F, after building an arcade game cabinet, Demolition Derby, in his spare time.  When his bosses at Fairchild became aware of what Jerry had created, they invited him to work on the technology for the project.

As a result, Jerry was instrumental in the creation of the interchangeable cartridge system that the Fairchild Channel F adopted, which made it the first console that allowed players to purchase and play multiple games without having to purchase multiple systems.  In turn, this made gaming more affordable and accessible to more people.

The Channel F was developed over the course of 6-8 months and was released in November 1976 for $169.95.  It launched with six games on cartridges, with further titles being released in the years that followed.  Jerry had revolutionised gaming and Fairchild were set to become one of video game’s most iconic brands.  Or, they would have, had their competitors not taken note and released their own interchangeable cartridge consoles – namely, Atari.

The Atari 2600 (originally branded as the Atari Video Computer System until November 1982) released nearly a year after the Fairchild Channel F with superior visuals and power and a much larger software catalogue.  Atari’s console released with 20 games cartridges and leveraged Atari’s already established name to eclipse Jerry’s innovative console in terms of both sales and reach.

The Channel F had fewer than 30 titles released for it during its lifetime (compared to the 500+ released on the Atari 2600) and, despite being in production until 1983, it remains unknown to many gamers today.

Lawson left Fairchild to found Videosoft by 1980, a company that produced Atari software, before becoming a consulting engineer.  Jerry passed away on 9th April 2011 due to complications from diabetes.

Before his passing, Lawson was rightly recognised as an industry pioneer with the [email protected] Gaming Heroes award by the International Game Developers Association (IGDA) on 20th March 2011.

In 2018, the IGDA Foundation also introduced the Jerry A. Lawson Award for Achievement in Game Development, which the website notes as “a tool to highlight the accomplishments of a person who identifies as an under-represented minority in the game development community, with a specific recognition of work directly related to game development. By highlighting advancements in the industry and products we love, the IGDA Foundation hopes to raise awareness of the many people who have made an important contribution to game development in the industry’s history.”

Jerry Lawson deserves to be remembered as one of technology’s most important innovators and as a video game great.  The annals of the video game hall of fame are filled with iconic figures such as Nolan Bushnell, Ted Dabney and Shigeru Miyamoto.  Jerry Lawson’s name deserves to be on every gamer’s list of greats.

Thank you for everything, Jerry.