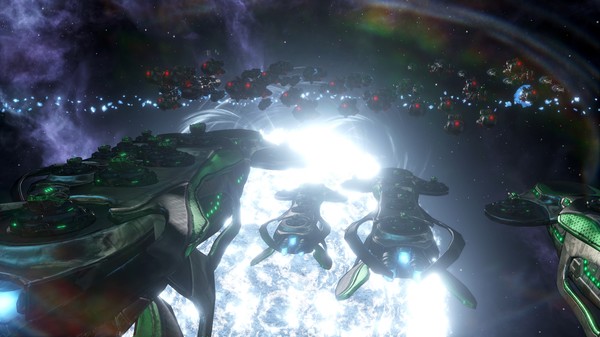 Released in 2016, Stellaris is a space-faring grand strategy game that puts you in the shoes of a chosen species and planet. Many of the games in this genre are very niche for most gamers, with some under the impression that they are slow and boring.  That couldn’t be further from the truth; Stellaris is exciting and exhilarating, with creative strategies and a level of detail that I have rarely seen in games.

When first I came across Stellaris, I had never played a grand strategy game before.  At the time, I more accustomed to the more fast-pace, instant reward games such as Rainbow Six and Call of Duty. While they are drastically different games, Stellaris has yet to disappoint me. 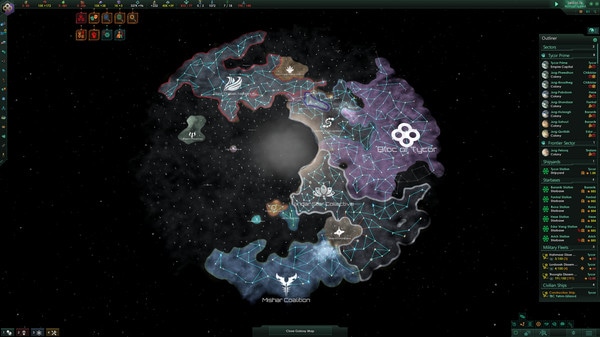 I got into Stellaris during its much-promoted 4-year anniversary of the game as a part of the free trial.  There were also huge discounts for the game and extra content, as we’ve come to expect from such events on Steam.

I first realized the true strength of Stellaris before I even got into a game. It was easy to get lost in the creation screen, where you can decide your empire’s species, home world, government type, and traits.  These were the first in a multitude of decisions through my play through, with each decision shaping the course of the game into a narrative of my own.

It doesn’t matter what kind of player you are, Stellaris has you covered.  Want to be bloodthirsty conquerors? Raise your armies and go nuts. Want to be diplomatic and form a powerful intergalactic alliance? You can do that too. Or, you can choose to forgo all forms of biology and become a machine race that desires only to wipe out all life in the galaxy.  Few games give players a real reason to come back for more, but experimenting with the different play styles in Stellaris provides a near infinite amount of replayability. 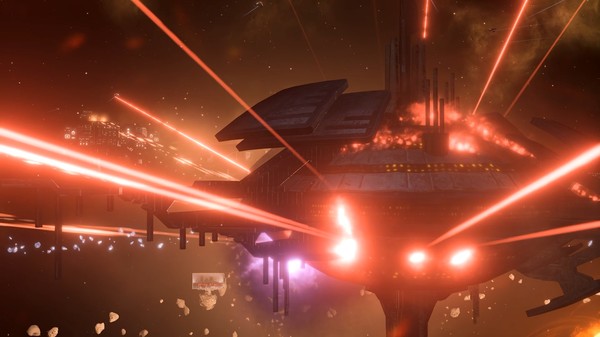 With all of this customization and specialty, you need to be careful about managing your empire.  This is done primarily through the use of research stations, mining stations, and colonies. Initially, I was a bit overwhelmed by the multitude of different menus and numbers. Thankfully, the in-game tutorials and help screens make it easy to catch on.

Research stations give you research points, which you can put towards the acquisition of powerful new technologies and resources, from increasing the amount of food your workers produce, to designing new ships and weapons. Without research, you will find it next to impossible to expand or grow as an empire. Mining stations are the other key part of your empire management. Harvesting energy from the stars in your territory allows you to power your buildings and fleets, minerals from asteroids and planets allow you to build more buildings, and alloys are the key ingredient in your budding space fleet. And, of course, food, so your people don’t starve.  There are other resources throughout the game, but you need high research to beagle to harvest them, as they are usually used to create only the most powerful ships and buildings.

These mechanics are not just superficial, either.  Citizens can revolt and overthrow your rule on a planet if you don’t keep them housed, fed, and happy. Well, that is unless you’re playing as a horde of machines or a hive-mind, of course.

As you would expect, you are not alone in the universe, and as you explore the stars you will quickly become introduced to alien life forms, both friendly and hostile. It is up to you to decide how to manage these other species, either through diplomacy or warfare. If you want an ally, you can establish trade to build up your resources faster, or establish a research agreement to speed up your research (who wouldn’t want that?), or a military alliance, pledging to aid each other in times of war. If you want an enemy, call in the army.  As with all things in Stellaris, the choice is yours. 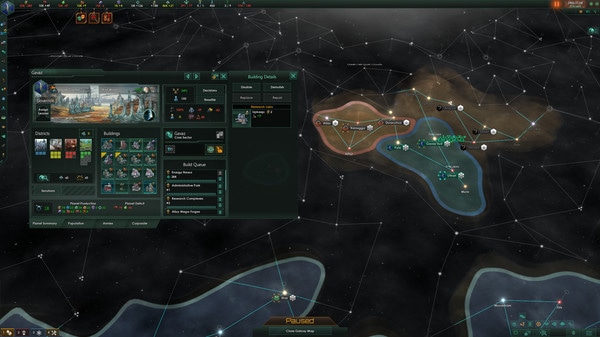 To say that I was blown away with this game would be an understatement. I came into this genre with no expectations other than expecting to be overwhelmed and outmanoeuvred at every turn. What I found instead was a highly complex strategy game that has set my mind alight with possibilities.  It is complex yet simple, allowing anyone to pick it up and give it a try whether you’re a veteran to the genre or a complete noob like me.  The further you progress, the more exciting the game becomes as you conquer your neighbors and create powerful alliances.

One of my favorite moments in Stellaris is uncovering new technology.  For example, even though I knew that Stellaris was a futuristic space game, I was still blown away when I was able to make world-destroying spaceships (well, the world was blown away, but you know what I mean). The gameplay is driven forward by each new discovery, each new piece of technology, and the evolution to each relationship with the other inhabitants of the universe.

In short, Stellaris is a fantastic game, allowing you the freedom to choose how you rule your empire and how you go about conquering the galaxy. With extra content to add even more technologies, federations, and species, it really has something for everyone. You truly get to choose how you play, and that is what makes Stellaris so brilliant.

Needless to say, if you haven’t played it yet, you should. 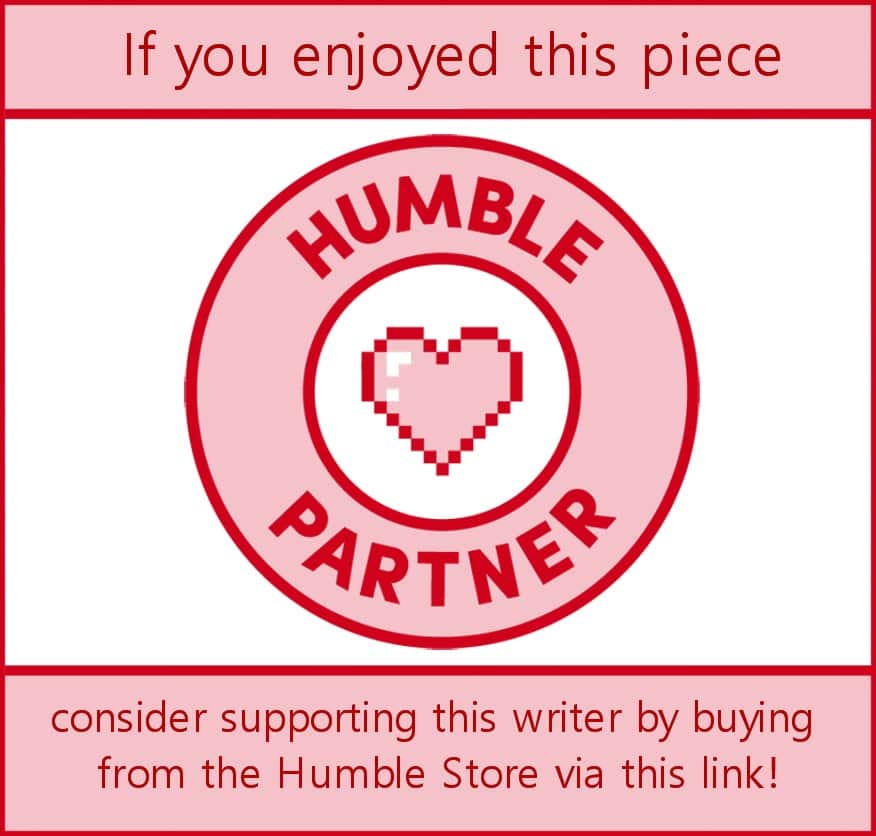