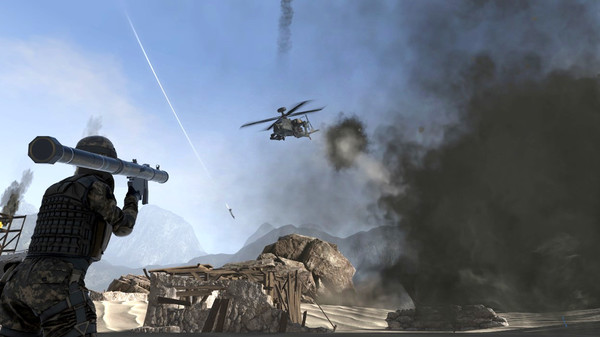 So, I found reloading in War Dust difficult.  Really difficult.  It was so bad that I took to grenading myself whenever I ran out of ammo just so I could keep playing.

Some people will read this article, see how to reload a gun in VR and say “duh.”  Reloading a gun is second nature to some people, where owning a gun is as common as owning a dog (and gun-wielding dogs are not unheard of).

For me, as someone from the UK who does not have access to an arsenal of weapons, reloading a gun is something I’ve only done by clicking a button on a controller.  I was completely lost in War Dust when I ran out of ammo and had to reload.

It turns out that the act of reloading is the same as in the developers other game, STAND OUT: VR Battle Royale.

To reload your weapon in War Dust, first, you need to remove the magazine. To do this you grab the magazine with the trigger on your controller, pull it out and drop it.  Next, grab a new mag from your inventory on your waist (or the ground) and put it in the weapon.  Next, cock the gun by using the trigger button to either pull back the bolt handle/lever or pistol slide to chamber a round.

You can see how to reload in War Dust, below:

As I said, some may think that this is painfully obvious, but I found myself putting the mag into the M40 and not knowing how to then get the gun to use the bullets.  Us stupid Brits, eh?