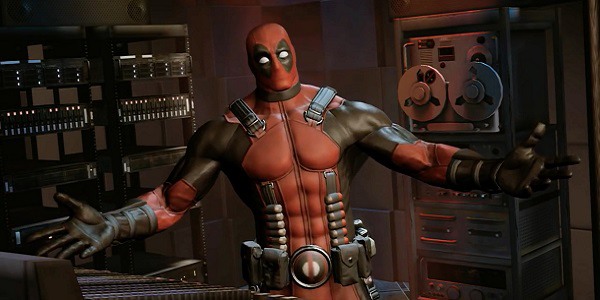 Licensed video games carry a heavy stigma of being pretty crappy, and honestly its for good reason. They tend to be nothing more than cash grabs meant to trick your sweet mother into buying it for you on holiday. That being said, there are a handful of Licensed video games that actually treat there IP with respect and deliver a memorable experience worth your time and money.

Before primarily working behind the scenes on the Call of Duty and Destiny franchises, High Moon Studios were the pinnacle of quality licensed video games in my opinion. Out of the 6 fully fledged games, this studio developed 5 of them were based on a popular IP (their first game was called Darkwatch, and yes it was also great). These games were not perfect but they absolutely did justice to the popular franchised they are based on. So if you will join me as I walk through the 5 games that put High Moon studios on the map for me.

Let me get this out of the way, Robert Ludlum’s The Bourne Conspiracy has absolutely no right being as good as it is. High Moon Studio first foray into licensed video game territory is an admiral one and really showcases the team’s passion for what they do. The Bourne Conspiracy doesn’t do anything groundbreaking, complicated, or redefine the 3rd person action genre but it does a great job capturing the intensity and frantic feeling of the movie it’s based on. This could have easily been another run of the mill 3rd person shooter but instead, the team at High Moon put a heavy focus on cinematic hand to hand combat giving the game a really unique perspective. The combat system is basic and not at all deep but it pulls off making you feel like Jason Bourne and adapts the film most memorable fight scenes. Pulling off an epic and brutal takedown doesn’t require much effort or skill but the games quick pace makes sure that they are always satisfying to do. The game also has a decent amount of variety as well. There are some awesome chase sequences and a decently cinematic vehicle section that help break up the gameplay.

For a game based on a movie that’s based on a book, you can do a whole lot worse. It was clear that this was meant to be the start of something since it only tackled the first movie, but unfortunately, nothing more became of it. Robert Ludlum’s: The Bourne Conspiracy is a solid little gem that eventually faded into obscurity but if you have a ps3 or Xbox 360 lying around definitely give this a go.

My biggest issue with the Transformer movies other than there lack of a coherent story, obscene run times, Mark Wahlberg, and messy action, was the fact that the Transformers were never the focus of the movie. You have these amazing robots who shoot massive guns at each other and turn into cars at the snap of a finger and you decide to focus on Shia Lebouf?

Are you kidding me?

Thankfully War for Cybertron is everything the movie was not. The game focused solely on the Autobot and Decepticon conflict and delivered an action pack thrill ride that did justice to the franchise. Yes, War for Cybertron was simply a third person shooter but its focused story and a great sense of scale immersed players far better than any of the movies had. High Moon Studios split the campaign in two giving us the Autobots perspective as well as the Decepticons, resulting in a surprisingly strong narrative that added a fair amount of depth to the Transformers world. The gunplay was also excellent with a nice assortment of weapons that kept battles from getting stale as well as a nice variety of missions kept the game engaging, being able to choose between 3 characters at the beginning of each mission was also a nice touch.

Hands down the coolest aspect of the game was how simple and intuitive transforming from bot to vehicle was.  It felt so natural and its implementation into the moment to moment gameplay was also stellar. War for Cybertron exceeded every expectation I had for a transformers game, especially after playing through the terrible movie tie in games.

Despite working on mainly Licensed video games, Transformers Dark of the Moon is the only actual movie tie in game High Moon Studios has developed. Unfortunately, it’s pretty forgettable. It’s not a bad game and is absolutely the best of the Transformers movie tie in games but it lacks any of the personality of War of Cybertron or The Bourne Conspiracy. Instead, it has all of the Activision licensed game staples, like mediocre and muddy graphics, uninventive level design and boring gameplay. It shares the same shell as War for Cybertron but that’s pretty much all it is: a shell of a better game. The gameplay mechanics are identical so it still feels great but the levels are so boring and the narrative is more nonsensical than the movie making playing through it a slog. Clearly, this was a rushed product to make it in time for the movie and there is no doubt that if the studio had just a little more time Transformers Dark of the Moon could have been way better.

If you thought that War for Cybertron was as good as it can get for transformers games, especially after Dark of the Moon then my friend you are mistaken. Transformers Fall of Cybertron took everything that made War for Cybertron awesome and cranked it up to 11. A deeper more dramatic story coupled with tighter gameplay elevated Fall of Cybertron into not just a great licensed game but a game that stands toe to toe with some of the best games out there. For starters, the whole game had this awesome sense of urgency making every moment feel intense and important and unlike the first games two separate campaigns, Fall of Cybertron weaves both Decepticon and Autobot stories together. Each mission’s focus on a specific character which not only gave each member of the cast time to shine but also gave the game a tremendous amount of mission variety.

Each mission felt different than the one before, one instance you can be stealthily infiltrating an Autobot base as Starscream and the next you could be rampaging Decepticon scum as Grimlock (who turns into a Dinosaur by the way). As you progress each mission up’s the ante eventually culminating in a final mission so epic, so grandiose, it has nearly ruined all other game finales for me. (I’m not joking its insanely epic)

For me, Transformers Fall of Cybertron is the pinnacle of High Moon Studios work and showed the gaming community not only that they are capable of creating excellent video games but that they can be trusted with not shoveling licensed garbage down our throat.

With all honesty, who thought that this game would be any good? I didn’t, and I love how I was once again proven wrong. Deadpool is definitely not on the same quality level as the studio’s previous Transformers games but what it lacked in polish it made up for by being one of the funniest games I have ever played. As a character, Deadpool is absolutely psychotic and High Moon captured his craziness perfectly while also incorporating it really well into the gameplay. The whole thing is very self-aware and clearly shows that the developers made sure that above all else this is a Deadpool game filled with all of the Deadpool-isms. Nolan North absolutely kills as Deadpool completely encapsulates the character’s manic personality… or personalities rather. Seeing how other X-men characters like Cable, Wolverine, and Rouge get weaved in and out of the story was so much fun and showed just how much High Moon cared about doing the character justice and delivering a worthy narrative.

As far as gameplay is concerned it’s great too, switching between multiple melee weapons and firearms helps keep the action chaotic and seeing the enemies blow up into a bloody mess is always good fun. The only real issue is that unlike Fall of Cybertron, Deadpool needed more time in the oven and lacks the high level of polish I was expecting. The odd technical glitches aren’t game breaking but what was a huge disappointment was the awful final boss. Fighting all the games previous bosses while being bombarded by enemies does not constitute a fun time and screams “rushed development”. That being said it’s still a crazy fun time and might be the best X-Men game I have played.

Unfortunately, as more time passes the more difficult it will be to play these awesome game. The licenses for almost all these games have expired or will probably be expiring soon, making these games inevitably get lost in time. At this moment Activision has lost the license for The Bourne Conspiracy, Transformers War of Cybertron, and Transformers Fall of Cybertron making it very difficult to play these specific games unless you have last gen hardware along with a physical disk. Luckily Deadpool is still available but who knows for how long. I would hate to think that there could be a day where this studios whole game catalog will be lost and unplayable. So if you got a copy of any of there games, hold on to it because I have a feeling they’ll get pretty valuable before long.

Deadpool was the final actual game from High Moon Studios before they started working behind the scenes on other Activision titles. This honestly kind of bittersweet to me because on one hand with all the insane lay-offs happening in the game industry I’m happy that they are still around, but on the other hand, I’m sad that I don’t get to play a new, and surely awesome High Moon game. Imagine what they could do with the Teenage Mutant Ninja Turtles, G.I Joe, Power Rangers or hell, Scooby Doo? Nerds love hard, we love our video games, Saturday morning cartoons, and we take nostalgia seriously. High Moon studios understood that and delivered games that not only respected the franchise they were based on but also respected that fans who were so attached to them.