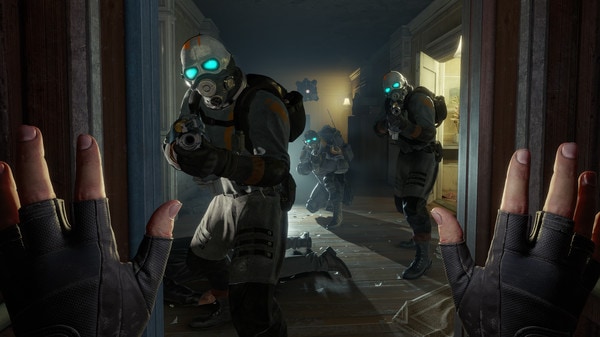 After an inexplicable period of time I’m here, standing in the spare bedroom of my house with a Oculus Quest upon my head and a Link cable spooling across the floor to my desktop computer, which is grinding into motion to launch Half Life: Alyx.

Immersed in the darkness of the load screen, it hits me; what am I actually expecting from this experience? Or, what am I wanting?

1998 is vague in my memory, to say the least, but I’m pretty much sure I twisted my mum’s arm to upgrade our PC just so I could play the first Half Life. That will have been at least a birthday and Christmas rolled into one. But it was a life-changing experience for 14 year old me.

By the time Half Life 2 came out, I was a poor student, but once graduated and earning, I scraped the money together to buy an Xbox 360, just so I could get the Orange Box (containing HL2, Episodes 1 & 2 and Portal). Mind blown once more.

The next loading screen of a greyed out ruin already has me excited. A distant City 17 tannoy announcement. Ash and debris float by. I’ve tried to avoid spoilers but know this is not a tech demo, not a gimmick but a full game. A genuine AAA virtual reality experience. 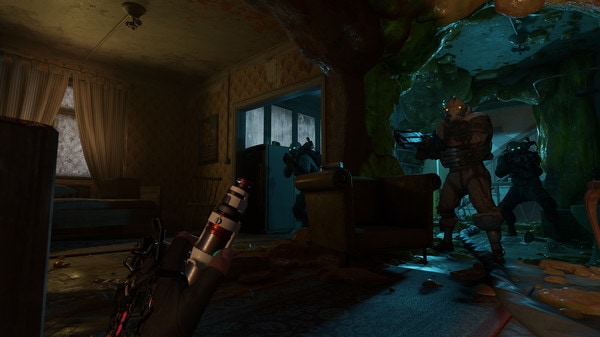 The thing that tipped me over the edge, to spend more hard earned cash on the Oculus, was Half Life: Alyx. My experiences of VR – mainly art type installations and simple but immersive puzzle games – had won me over to the concept. Nothing came close to feeling ‘like you were there.’

But the roster of games didn’t tip me over the edge. Sure, fun shooters like Serious Sam were cool but my true interest in games is story and immersion. I guess my biggest fear was that Half Life: Alyx would be a remake. Or a regression or something based on nostalgia.

Because remakes are big business. What were once unofficial, fan led mods are now among the highest profile releases. And the line continues to blur; the new Resident Evil 2 and 3 have more new assets, situations and experiences than the original games. Is this actually just canny marketing – would we have been excited if they had been the 8th and 9th numbered entries in the series?

If any medium deserves to give it’s art a second punt though, it’s video games. Even with amazing core gameplay, all but the most committed of players struggle to see past ropey UI or blocky textures. It doesn’t make you any less hardcore to admit it. Games are about immersion, and these things break it.

As I click through the menus and choose my preferences, I can’t help but think of my most recent trip into the world of Half Life; Black Mesa. This was a highly accomplished remake but a look backwards all the same.

I’d stumbled through familiar laboratories, military installations and cafeterias and it was like I’d never been away. The moments imprinted on my mind were still there; emerging from a drainage pipe to overlook the New Mexico desert as jet fighters scramble to intercept Xen Manta Ray or creeping through an air duct, hearing radio chatter from soldiers below and jolting back as bullets ricochet through the fragile metal.

They’d pitched it perfectly. I was experiencing what I thought I saw all those years ago. It’s not too flashy, not too modern. It’s like The Matrix – if they made it too perfect, we’d see right through it. It’s an idealised version of a place close to my heart and that takes amazing skill.

It was a technical success and on the same stakes, surely Alyx was going to match it. But is that what I actually wanted? 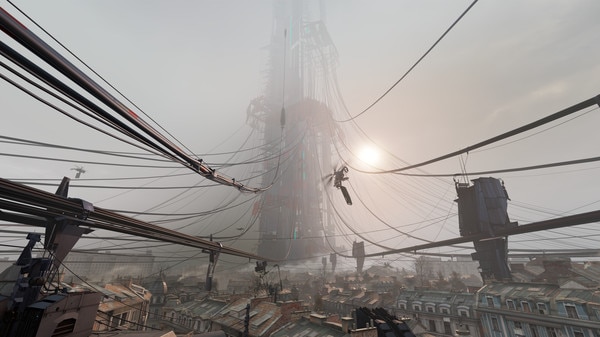 The opening vista of the Half-Life: Alyx is stunning. The gameplay mechanics are introduced steadily, and everything develops at a comfortable pace. Beautiful warm nostalgia washes over me, like finding a forgotten record by a band you loved as a kid – wonderful.

But then it happens. I meet my first Zombie. And it’s harrowing. The thing looks knackered, half-heartedly banging against a window to get you. I shoot it through the window, at a safe distance. There’s no danger in terms of me dying and having to reload. But somehow I’m further ‘inside’ the game. I’m not thinking about save points, progression, controls or ammo. I’m focused on the way it’s body contorts, the high fidelity of the textures; it’s eerie. And as the voice in my earpiece tells me there is no other way to progress, I see another five up ahead. Ten bullets won’t be enough, and there’s no crowbar to hand.

It’s fear. It’s the same apprehension I felt when I met my first Headcrab in 1998. I feel amateur again. Years of first person shooters will do nothing for me now. It’s an outstanding, disorientating sensation.

The first Headcrab I meet in 2020 is dead. But somehow this is worse, because I can pick it up and look at it in detail. They are much bigger than I remember. Their undersides are disgustingly slimy and horrifying.

Minutes later I’m flailing around the floor trying to keep a bin lid covering my face. Two headcrabs have ambushed me. I can hear them but can’t see them. I try fire blindly but I don’t think I’ve hit them. The realistic but time consuming reload procedure forces me to leave myself defenceless, since I need both hands. The clip falls out of the gun and bounces away. I bottle it and run into a corner, the shadows of the approaching horrors growing bigger on the wall beside me.

The success here isn’t just technical and it’s only now I realise that Valve has given me what I didn’t realise I wanted. It’s not remade but reinvented the past. Alyx contains but isn’t buoyed by nostalgia. Where Black Mesa appealed to my memories, and played up to the faults within them, Alyx creates something new from their ashes. 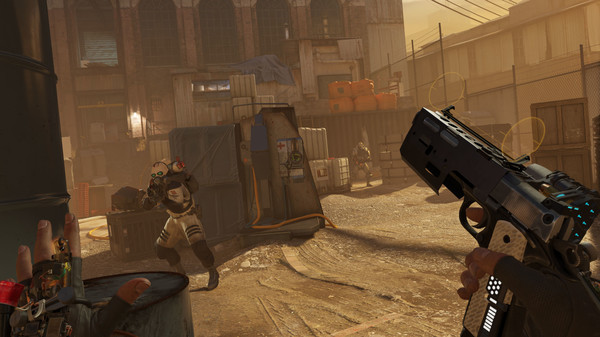 After those first few emotional, harrowing, tiring hours, I realise this is what I wanted all along. I thought VR, at best, would bring us future versions of the likes of Firewatch or What Remains Of Edith Finch. And I’d have been delighted by that. I still would be.

But Half Life: Alyx has simultaneously re-engaged me with a world I love and thought I knew, whilst at the same time made me feel as weak, unknowing and defenceless. That’s brilliant and terrifying.